REVIEW: The Zombiesque Acquiescence of Machinal 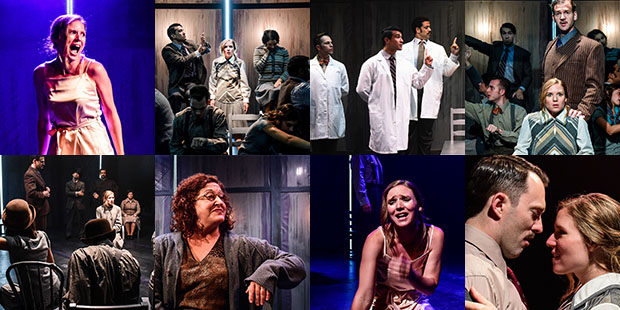 Review:
Cogs in the machine... Get in gear... We're all familiar with the idioms describing humanity working repetitive day jobs, and people are often expected to behave and conform with machinelike precision. Yet, mechanical behavior in the emotional realm is considered a defect to be overcome, a mental illness. Machinal is an intriguing exploration into the intersection where infamous murderess, Ruth Snyder's longing for the freedom of choice, anxiety, and highly sensory tendencies cause the breakdown of the machine and send her hurtling toward the electric chair. 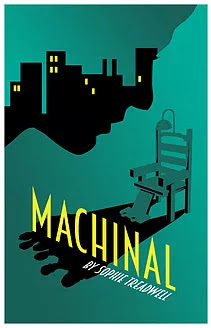 The stylized cadence of the production is as key as what's said. It catapults the audience into the chaotic yet controlled rhythms of the work place, and the repetitive inevitability of family relationships and responsibilities. Even though this is a period piece it's absolutely applicable today, and possibly even more so, as our society has become even more mechanized, and frenetic.

Women are still marrying out of economic desperation and fear, people still suffer panic attacks when crushed on an over capacity "L" train, or are overwhelmed by smells or claustrophobic spaces, many women still have postpartum depression and difficulty bonding with their newborns, but at least it has a name, and a course of treatment.

In Machinal, following the status quo of marrying rich and becoming a mother, brought misery and an almost inevitability of a feeling of imprisonment and an irrepressible longing to be free. This play was stunning for it's alternate bouts of flatline, almost zombiesque acquiescence, and fits of passion and rage. The husband's enjoyment of his wife flinching and mistaking her revulsion at his touch for chastity and demureness was particularly striking.

The heroine's body reflected her true self and her emotions amid crushing compromises, recoiling from her mother's repetitive nagging, gagging at her husband's presence, rejecting a baby she never wanted, questioning religion, and ultimately resorting to adultery and murder. All this was done without premeditation, greed, or cunning, and on the stand she was unable to lie even to save her own life. In a stunning paradox, as she faces the electric chair, instead of repenting, she reflects on the absurdity that she was punished severely for the only moments in her life she felt free and fully alive. As she rages against the machine, events in Machinal seem to unfold with a flowing inevitability. This is an excellent, thought provoking production, and well worth seeing. Highly recommended. 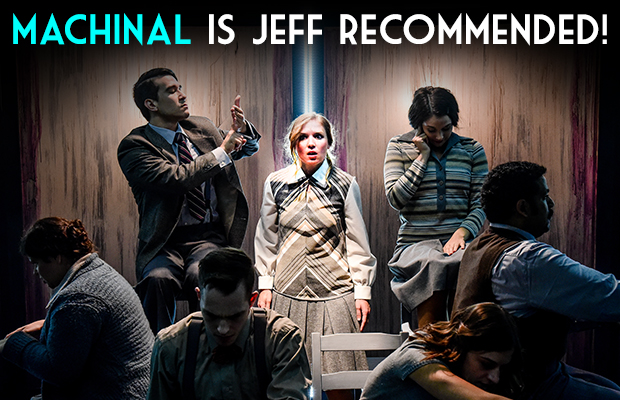 Presented Through an Educational Partnership with
North Central College

Single tickets and season subscription packages are currently available at greenhousetheater.org, in person at the box office or by calling (773) 404-7336. 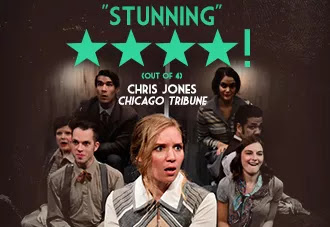 With new ideas always incubating, the Greenhouse is flourishing. Come grow with us!

Posted by Bonnie Kenaz-Mara at 7:02 PM