ACT OUT OPENING: Belleville at Steppenwolf 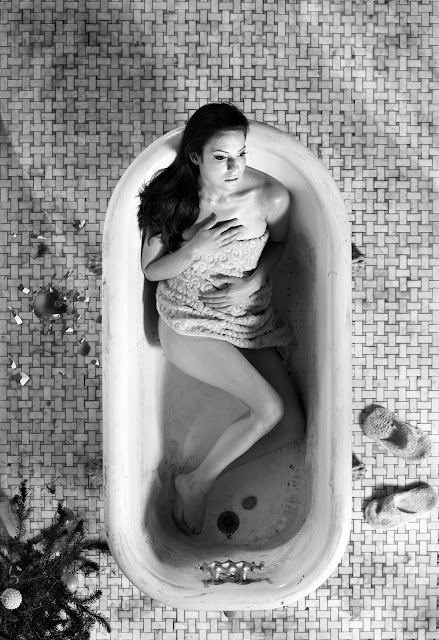 Newly married American expats Zack (Chamberlain) and Abby (Arrington) live an enviably hip, do-gooder existence in the up-and-coming neighborhood of Belleville, Paris. But a single encounter one morning in the apartment they rent from their Senegalese landlords Alioune (Boykin) and Amina (Arenas) tips the scales of their relationship, revealing that the bubble they've built abroad is much closer to bursting than it appears. Dubbed a "thrillingly good" drama and a "nail-biting psychological thriller" by The New York Times, Amy Herzog's play asks unsettling questions about upheaval and the power of a lie.

Steppenwolf’s 2012/13 season, The Reckoning, explores the moment when we are called to account. Will our deeds be repaid? Will our secrets be revealed? Will we get what we deserve? Belleville is one of five stories about what happens when the past comes knocking.

Rush Tickets: Half-price rush tickets are available one hour before each show.
Student Discounts: Limited $15 student tickets are available online. (Limit 2 tickets. Must present a valid student ID for each ticket). For additional student discounts, visit steppenwolf.org/students.
Group Tickets: All groups of 10 or more receive a discounted rate for any performance throughout the season.

Free post-show discussions are offered after every performance in the Subscription Season. Steppenwolf is located near all forms of public transportation and is wheelchair accessible. Street and lot parking are available. Performances featuring American Sign Language interpretation, open captioning and audio description are offered during the run of each play. Assistive listening devices and large-print programs are available for every performance.

OptionsHouse is the Corporate Production Sponsor of Belleville.

Steppenwolf Theatre Company is America’s longest standing, most distinguished ensemble theater, producing nearly 700 performances and events annually in its three Chicago theater spaces—the 515-seat Downstairs Theatre, the 299-seat Upstairs Theatre and the 80-seat Garage Theatre. Formed in 1976 by a collective of actors, Steppenwolf has grown into an ensemble of 43 actors, writers and directors. Artistic programming at Steppenwolf includes a five-play Subscription Season, a two-play Steppenwolf for Young Adults season and three repertory series: First Look Repertory of New Work, Garage Rep and Next Up. While firmly grounded in the Chicago community, nearly 40 original Steppenwolf productions have enjoyed success both nationally and internationally, including Off-Broadway, Broadway, London, Sydney and Dublin. Steppenwolf has the distinction of being the only theater to receive the National Medal of Arts, in addition to numerous other prestigious honors including an Illinois Arts Legend Award and nine Tony Awards. Martha Lavey is the Artistic Director and David Hawkanson is the Executive Director. Nora Daley is Chair of Steppenwolf’s Board of Trustees. For additional information, visit steppenwolf.org, facebook.com/steppenwolftheatre and twitter.com/steppenwolfthtr.
Posted by Bonnie Kenaz-Mara at 10:52 AM No comments: