New LP Out 12/3 via Freakout Records 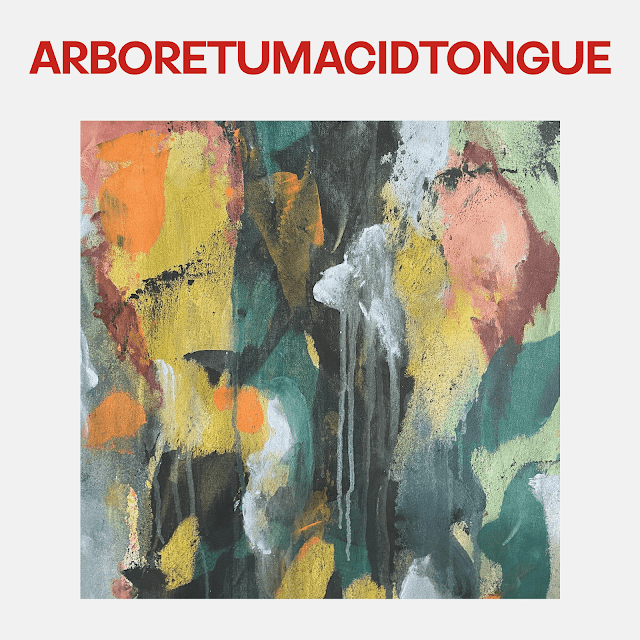 "Usually known for rolling out glam rock scorchers, 'Suffering For You' sees the band pull back on the theatrics to let the lyrics shine. The purposely strummed guitar keeps the energy high while hints of twinkling piano shimmer around Keltner’s gravelly admissions of continuing to come back to a person who treats them like absolute garbage."

"It channels hope for freedom and hope for change."

"This video is a retro time capsule that calls to mind old Frankenstein films." 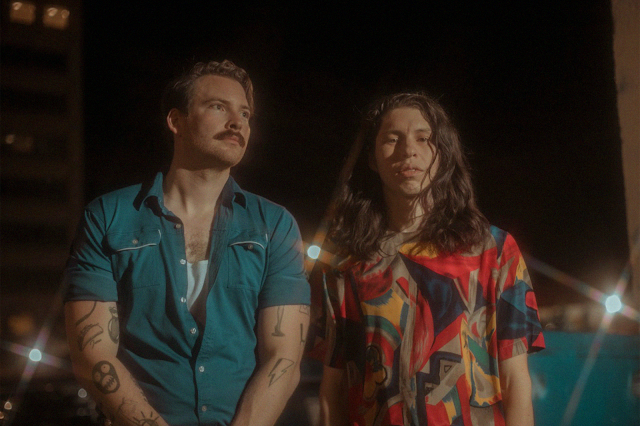 The members of Seattle rock'n'roll outfit Acid Tongue are quite literally bouncing off the walls. In fact, it’s hard to even call them a “Seattle band.” There’s the core duo of songwriter Keltner and drummer/vocalist Ian Cunningham —currently based in the Pacific Northwest — but with numerous touring and studio musicians scattered between Paris, New York, London, Mexico City, Los Angeles, & Austin, the rotating roster seems to grow larger by the day. The band’s forthcoming release, Arboretum (due December 3 via Freakout Records), takes things in the next logical direction. Part glam-rock opus, part mixtape, this LP from Acid Tongue marks a significant step forward for a band well-versed in straddling the line between psychedelia and power-pop.

"[One of the] Latin artists bridging scenes across the Pacific Northwest."

"A potent dose of classic rock and roll soul, packaging the duo’s apocalyptic anxieties in a joyous ‘70s rock pastiche."

Acid Tongue has been productive over the past 18 months, self-producing the 10 new songs on their third album, Arboretum. Each song is a collaboration with some of the best and brightest in underground rock and roll. The laundry list of talent includes Los Angeles psych-garage staples Death Valley Girls on the hard rocking “Take Me To Your Leader;" Canadian singer-songwriter Calvin Love on the disco anthem “All Out Of Time;” Seattle freak-rockers Naked Giants on the introspective “Won’t Walk Back;” Freakout Records-siblings Shaina Shepherd and Smokey Brights on “Facts of Life,” “Rock & Roll Revelations,” and “Suffering For You;” and Brazilian artist Libra on the album opener “Home.” Beyond the credited collaborations, performers on the record include keyboardist Glenn Brigman of Triptides & Levitation Room, vocalist Matan KG (Paper Idol), bass guitarist Dustin Bookatz (Pearl Charles), and the band’s longtime string-arranger Philip Peterson (Haim, Taylor Swift, Portugal the Man).

"Joyful in its tight embrace of ’70s rock, jangly keys and all, even though the state of things might urge you to learn towards doom and gloom"

"Good time rock & roll vibes [...] While the band is pushing the rock genre forward they’re also acutely aware of the past, combining classic rock sensabilities with the dynamicism of modern garage rock."

"A timeless rock & roll sound with a DIY mentality"

Guy Keltner, the primary songwriter for Acid Tongue, took a rough couple of years and turned them into libretto. “I became incredibly depressed and started spending a lot of time at the Arboretum in Seattle. I had just moved home and was spending all day absorbing this diversity of plants and sounds at the park. I poured myself into writing some deeply personal songs, heavily influenced by the artists in my immediate orbit.” During the recording of Arboretum, Keltner was diagnosed with bipolar disorder, and decided to get sober from alcohol. “Kicking booze helped me focus in the studio, but I needed help finishing this album. I was incredibly fortunate to work with musicians that I actually listened to and enjoyed. They individually elevated each song to be something beautiful and unique.”

"Danceable, poppy and oozes an almost effortless cool thanks to the string arrangements and guest vocalist Calvin Love's wistful croon"

"One of the wildest duos on the West Coast."

"A more mature sound, while still retaining the '70's-influenced rock you've come to know them for."

"vibrates with a DIY punk ethos many artists shy away from these days,"

May 12th - Los Angeles, CA - Zebulon (with The Detroit Cobras)

"A real son-of-a-bitch [... Acid Tongue invokes] The Rolling Stones’ sympathetic Satan and all the irresistible power and destruction that follows in his wake.”

"The band demonstrates both instrumental prowess and respect for their musical heritage as the sons of psychedelic forebears."

"I'm not sure the world deserves Acid Tongue, but we have them and won't give them back."

- When You Motor Away

CHECK OUT ACID TONGUE ON 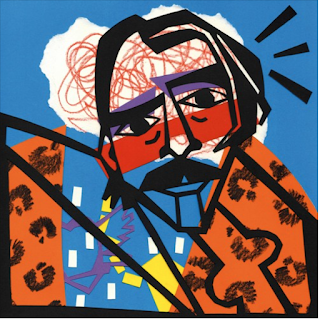 Posted by Bonnie Kenaz-Mara at 10:00 AM No comments: