IN PARTNERSHIP WITH THE CHICAGO PUBLIC LIBRARY

PRESENTS LET ME TELL YOU: STORIES OF ASIAN AMERICAN AUTHENTICITY,

MONDAY, MAY 2 AT UPTOWN’S BEZAZIAN LIBRARY 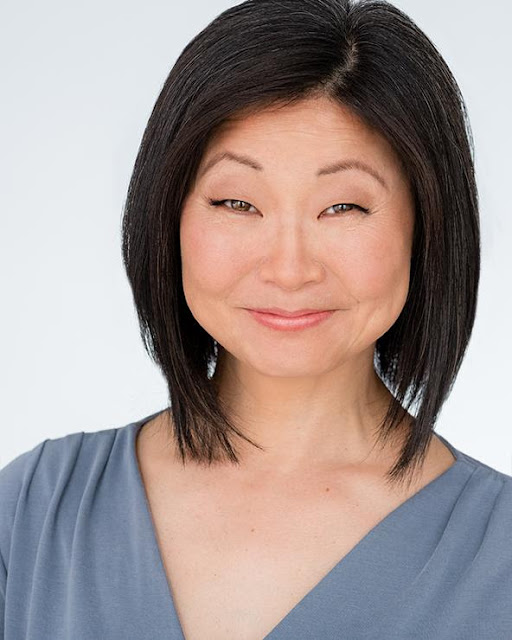 A Live And Zoom Hybrid Event, Let Me Tell You Shares Stories of Healing, Mourning and Remembering

Admission is free, no RSVP required. Seating capacity is 65 people. Streaming options are available at MiaPark.com.

Mia Park has long been a Chicago favorite of ours here at ChiIL Mama and ChiIL Live Shows. When my kids were young, we joined her dance party for the CAN-TV show “Chic-A-Go-Go”. Since then I've seen her on stage in numerous productions. She's a Chicago treasure and we're happy to spread the word about her latest event. It looks like she's got a great lineup of talent slated. Don't miss this one night only event in person or streaming.

Mia Park, in partnership with the Chicago Public Library, presents a one night only event, Let Me Tell You: Stories of Asian American Authenticity, Monday, May 2, 6 - 7:30 p.m. at Bezazian Library, 1226 W. Ainslie Street. This is a free event commemorating Asian Pacific Heritage Month, which lasts throughout May, and designed to amplify the voices of Asian Americans in Uptown and throughout Chicago.

Mia Park developed the theme of Let Me Tell You: Stories of Asian American Authenticity, an evening to share personal stories of healing, mourning and remembering in response to Anti-Asian sentiment in today’s Chicago. Dr. Ada Cheng was commissioned to teach the craft of storytelling, free of charge, to Asian American and Asian Pacific Island Desi Chicagoans who wanted to share and perform their personal narratives at this event. The performers, Hannah Ii-Epstein, Minky Kim, Thavary Krouch, Sangi Ravichandran, Peter Ruger, Jihar Shah and Giau Minh Truong represent mixed race, adopted, immigrant, and American born individuals from the diaspora. The performances are directed by Daniella Wheelock.

Park said, “It’s common in Asian cultures to suppress asking for help to force a harmonious society. The challenges of living in Chicago are not unique to this group, but the recent spike in anti-Asian violence is exclusively disturbing. Learning to share individual experiences can make the storyteller whole along with their community.”

This project is partially supported by a Neighborhood Access Program Grant from the City of Chicago Department of Cultural Affairs & Special Events to support the cultural vitality of the Uptown neighborhood and Barbara Levy-Kipper. 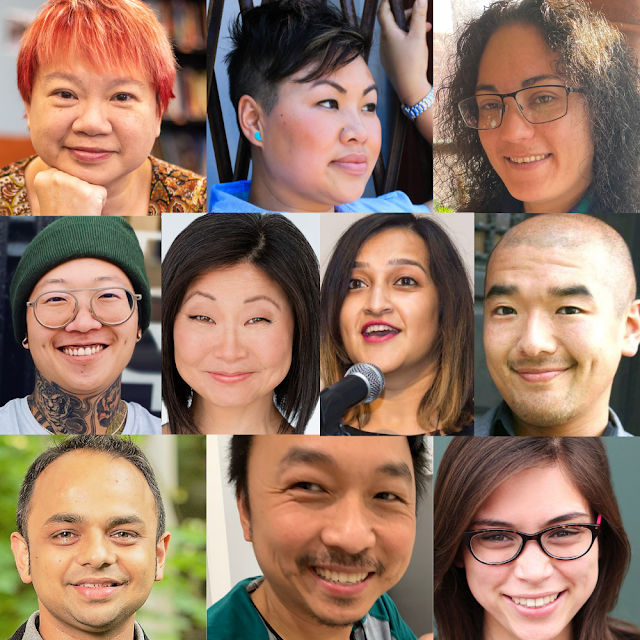 An educator-turned artist, storyteller, and creator, Dr. Ada Cheng (she/her/hers) has been featured at storytelling shows and done her two solo performances all over the country. She has utilized storytelling to illustrate structural inequities, raise critical awareness and build intimate communities.

Committed to amplifying and uplifting marginalized voices, she has created numerous storytelling platforms for BIPOC and LGBTQIA community members to tell difficult and vulnerable stories.

Dr. Cheng has been a speaker for Illinois Humanities Speakers Bureau since 2019. She is currently a visiting associate professor with the Asian American Studies Program at Northwestern University as well as an adjunct faculty at Dominican University. Her interests encompass academia, storytelling/performance, and advocacy.

Hannah Ii-Epstein (she/her/hers) was born and raised on the North Shore of Oahu, received her MFA in Writing for the Screen + Stage at Northwestern University in 2018. She is a creative writer, dramatist and artistic director of Nothing Without a Company. Ii-Epstein is a founding member of BearCat Productions, a resident playwright at Chicago Dramatists, A 50th season writer at Kumu Kahua Theatre, a board member at Aloha Center Chicago and a member of the Ke Ali`i Victoria Ka`iulani Hawaiian Civic Club and Ke Kula Kupaa O Ka Pakipika hālau. She is a 2021 recipient of 3Arts Make a Wave grant and About Face Theatre’s Playwright Artist Grant.

Minky Kim (them/their/theirs) is a queer, non-binary transmasculine Korean personal trainer in Chicago. They founded Han Training (formerly LiftyBoi Training) early summer of 2019 after recognizing the lack of inclusive and accessible fitness trainers/spaces that align with the progressive and radical dismantling of white supremacy, queer/transphobia, fatphobia, ableism and classism.

Thavary Krouch (she/her/hers) has an MFA in Writing/Directing from Columbia College Chicago. Her most recent short film, “Bitter Melons” (2020) screened at various film festivals such as the Los Angeles Asian Pacific Film Festival and the Asian American International Film Festival in New York. She’s currently making a short documentary about the role of music and storytelling in healing. She is also a refugee from Cambodia.

ABOUT MIA PARK, curator and host

Mia Park is a multi-dimensional artist based in Chicago, IL. Her boundless enthusiasm and energy fuel her community engagement through acting, producing events, teaching yoga, and more. She has hosted the cult favorite CAN-TV show “Chic-A-Go-Go” since 1998 and has played in several rock bands. Park is passionate about the potential in everyone and in the power of community.

Sangi Ravichandran (she/her/hers//they/them/theirs) is a queer crip femme Desi immigrant artist, scholar, healer, grower and seed enthusiast. Their life’s work is geared towards building a world free from punishment and violence. Towards this end, their artistic practice brings together words, seeds, dyes, textiles, spinning, weaving and sewing, to explore the intersections between healing, community, growth, freedom and reimagining a newly transformed world. They see art as existing in the material world to make place, challenge, document, provide for and transform communities.

Peter Ruger (he/him/his) is honored to be a part of this amazing event. Born in Korea and adopted into a family in Oak Park, Ruger is proud to be a part of the Chicago theater community and has worked with amazing companies like Music Theater Works, Porchlight Theater, Black Button Eyes Theater and Underscore Theater among others.

Jigar Shah (he/him/his) is the festival director of Chicago South Asian Film Festival. He is passionate about the connection between stories, films and community. He aims to share perspectives through films and art by providing a platform for talents who are overlooked, as he empowers each of us to see our inner artist. Shah holds several leadership titles and is an advisory board member to several nonprofits. He serves as a jury member in other international film festivals. Working in a leadership role in a global healthcare financial firm, he is a technology security leader who holds advanced degrees in Engineering, MBA (Chicago) and Law (Pritzker School of Law, Northwestern, Chicago).

Giau Minh Truong (he/him/his) was born in Vietnam and arrived in the USA in 1982 as a refugee. He studied film at Columbia College and he has conceptualized, acted in and directed numerous shows/events throughout the United States. Thruong is currently Links Hall's Tech director/associate curator focusing on developing use of tech in performance.

Daniella Wheelock (she/her/hers) is a Chicago-based mixed race queer theatre maker. Wheelock is an outspoken activist and is passionate about increased diversity in the theatrical room, from the casting room to the season selection committee.

Mia Park, in partnership with the Chicago Public Library, presents a one night only event, Let Me Tell You: Stories of Asian American Authenticity, Monday, May 2 from 6 - 7:30 p.m. at Bezazian Library, 1226 W. Ainslie Street. This is a free event commemorating Asian Pacific Heritage Month, which lasts throughout May, and designed to amplify the voices of Asian Americans in Uptown and throughout Chicago. Free admission, no RSVP required. Seating capacity is 65 people. Streaming options are available at MiaPark.com.

This project is partially supported by a Neighborhood Access Program Grant from the City of Chicago Department of Cultural Affairs & Special Events and by the generous underwriting of Barbara Levy Kipper.

First Sip Cafe at 1057 W. Argyle St. is the cafe sponsor for this event. Stop by and mention the event for a discount.

Furama, an Uptown mainstay serving authentic Chinese cuisine and dim sum since 1985, 4936 N Broadway St. is the restaurant sponsor for this event. Mention attending the performance and receive a 15% discount before and after the show dining.

Posted by Bonnie Kenaz-Mara at 5:01 PM No comments: