ChiIL Streaming Shows on our radar 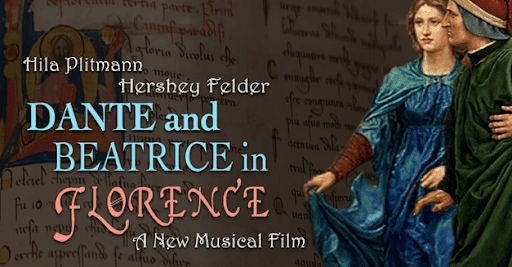 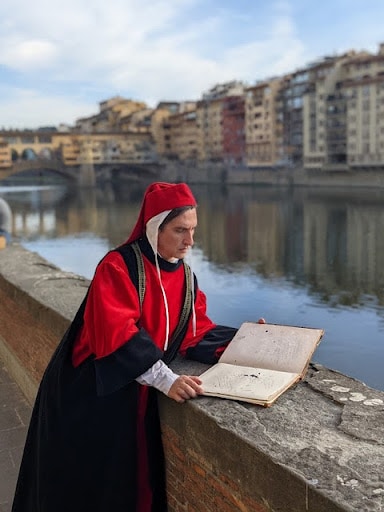 The New Musical Film from Hershey Felder shares the Story of What Happens when Time, Art and Love Collide and is Available for Streaming Through Sunday, Dec. 5

Porchlight Music Theatre is proud to partner with Hershey Felder Presents - Live from Florence and its second season of productions. The launch of this new season from Hershey Felder is the new musical film, “Dante and Beatrice in Florence,” premiering Sunday, Nov. 28 at 7 p.m. CST and available through Sunday, Dec. 5.  Tickets are $55 per household and are available for purchase at PorchlightMusicTheatre.org. Tickets are now on sale at PorchlightMusicTheatre.org and include the premiere and a week of extended “on-demand” viewing access to the world premiere film. Viewing and access for all ends Sunday, Dec. 5 at 11:59 p.m. CST. 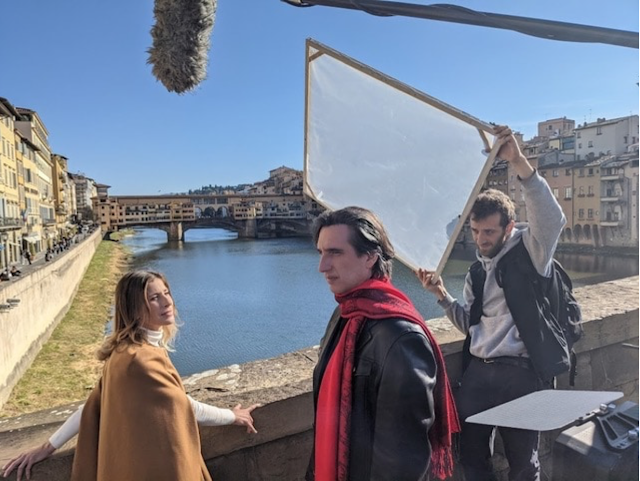 “Dante and Beatrice in Florence” is a love story with an original musical score by Hershey Felder inspired by one of the most famous love stories in history and set in Florence, Italy. Florence is a city of spirits and ghosts and a magical city of love.

Florence is also the city where the piano was invented, and when a modern pianist in the city encounters the ghost of the 700 year old poet of love, Dante - mystical things happen. This is the musical story of what can happen when time, art and love collide! 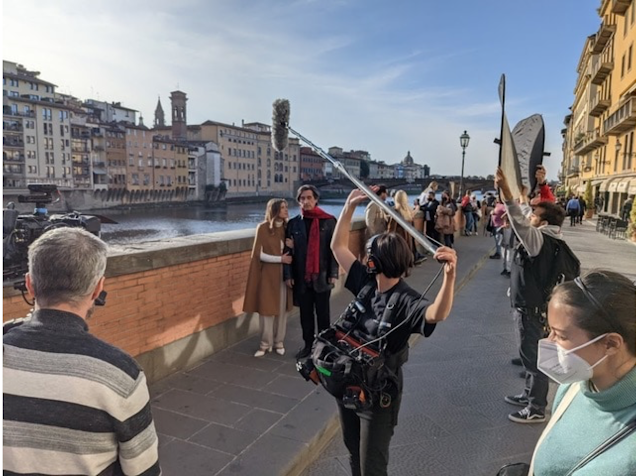 Ticket holders will receive their live stream link Friday, Nov. 26 via the email used to register for the event. The performance may be streamed from a smart TV, computer, smartphone or tablet. 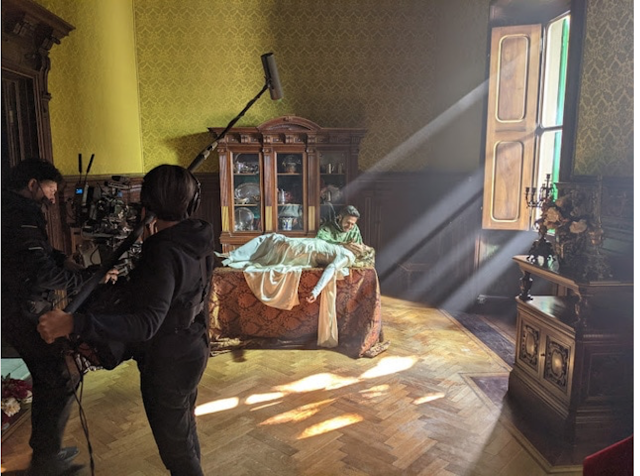 ABOUT HERSHEY FELDER (Writer and Performer)

Named to “Time Magazine’s” 2016 Top 10 Plays and Musicals, Felder has played over 6,000 performances of his self-created solo productions at some of the world’s most prestigious theatres and has broken box office records consistently. “American Theatre Magazine” has said, “Hershey Felder is in a category all his own.” His shows include: George Gershwin Alone (Broadway’s Helen Hayes Theatre, West End’s Duchess Theatre); Monsieur Chopin; Beethoven; Maestro (Leonard Bernstein); Franz Liszt in Musik, Lincoln: An American Story, Hershey Felder as Irving Berlin, Our Great Tchaikovsky, and A Paris Love Story. His compositions and recordings include Aliyah, Concerto for Piano and Orchestra; Fairytale, a musical; Les Anges de Paris, Suite for Violin and Piano; Song Settings; Saltimbanques for Piano and Orchestra; Etudes Thematiques for Piano; and An American Story for Actor and Orchestra. Hershey is the adaptor, director and designer for the internationally performed play-with-music The Pianist of Willesden Lane with Steinway artist Mona Golabek; producer and designer for the musical Louis and Keely: ‘Live’ at the Sahara, directed by Taylor Hackford; and writer and director for Flying Solo, featuring opera legend Nathan Gunn. Hershey has operated a full-service production company since 2001, and in 2020 created a new brand LIVE FROM FLORENCE, that operates a “theatre at home broadcast company,” based in Florence, Italy. Early broadcasts included; Hershey Felder as IRVING BERLIN; Hershey Felder, BEETHOVEN; Hershey Felder as GEORGE GERSHWIN ALONE; Hershey Felder, BACKSTORY – The Story Behind the Creation of Berlin, Gershwin & Bernstein; Cooking French in Florence with Jeffrey Thickman & Hershey Felder; and Cooking Russian with Hershey Felder and Jeffrey Thickman. The Hershey Felder Presents - Live from Florence 2020-21 Season of broadcasts included: Hershey Felder as Claude Debussy in A PARIS LOVE STORY; Hershey Felder, TCHAIKOVSKY; Hershey Felder as Sholem Aleichem in BEFORE FIDDLER; Hershey Felder, PUCCINI; and Hershey Felder as Sergei Rachmaninoff in NICHOLAS, ANNA & SERGEI. Hershey has been a scholar-in-residence at Harvard University’s Department of Music and is married to Kim Campbell, the first female Prime Minister of Canada.

Porchlight Music Theatre is the award-winning center for music theatre in Chicago. Through live performance, youth education and community outreach we impact thousands of lives each season, bringing the magic of musicals to our theatre home at the Ruth Page Center for the Arts in the Gold Coast and to neighborhoods across the city. Porchlight has built a national reputation for boldly reimagining classic musicals, supporting new works and young performers, and showcasing Chicago’s most notable music theatre artists, all through the intimate and powerful theatrical lens of the “Chicago Style.”

Porchlight's education and outreach programs serve schools, youth of all ages and skill levels and community organizations, most notably the ongoing collaboration with Chicago Youth Centers. Porchlight annually awards dozens of full scholarships and hundreds of free tickets to ensure accessibility and real engagement with this uniquely American art form.

The company’s many honors include 178 Joseph Jefferson Award (Jeff) nominations and 45 Jeff awards, as well as 33 Black Theatre Alliance (BTA) nominations and 12 BTA awards. In 2019, Porchlight graduated to the Large Theatre tier of the Equity Jeff Awards, and was honored with eight nominations in both technical and artistic categories and won three awards in its inaugural year in this tier, most notably Best Ensemble for Duke Ellington’s Sophisticated Ladies.

Through the global pandemic, Porchlight emerged as one of Chicago’s leaders in virtual programming, quickly launching a host of free offerings like Sondheim @ 90 Roundtables, Movie Musical Mondays, Porchlight by Request: Command Performances and WPMT: Classic Musicals from the Golden Age of Radio. For the 2020-2021 season, Porchlight’s fall schedule included all-new ticketed virtual programs including Broadway by the Decade, New Faces Sing Broadway 1987, Chicago Sings Rock & Roll Broadway, New Faces Sing Broadway 1961 and the return of The Ruffians’ Burning Bluebeard as well as collaborations with Hershey Felder and L.A. Theatre Works. Porchlight recently launched its first summer performance schedule in 2021 that included a sold-out performance of New Faces Sing Broadway 1979 at the North Shore Center for the Performing Arts in Skokie, the premiere of its outdoor music series Broadway in your Backyard, performed throughout Chicagoland this summer and special appearances at Sundays on State and Navy Pier’s Chicago Live Again. 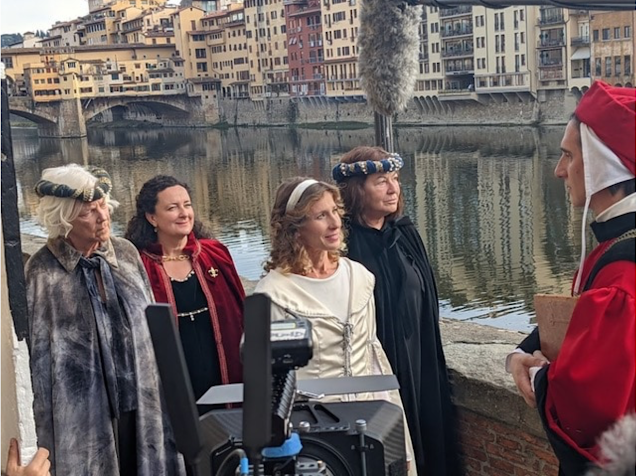 Posted by Bonnie Kenaz-Mara at 1:12 PM No comments: