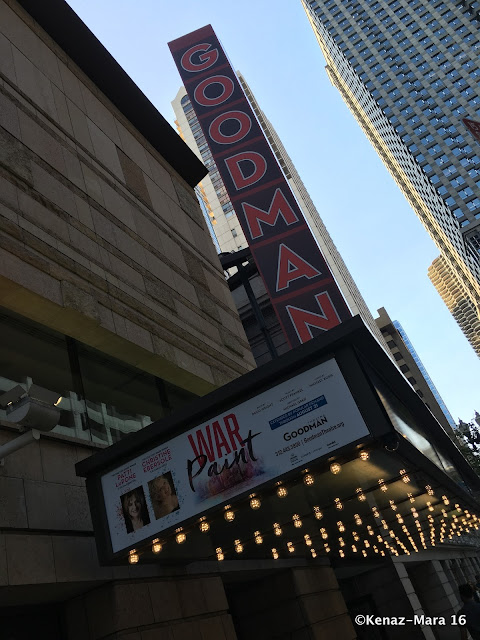 Goodman Theatre’s first all-female Playwrights Unit presents “Women Rule The Stage,” a weekend of free staged readings devised by Kristiana Rae Colón, Sandra Delgado, Jenni Lamb and Calamity West. Over the past year, members worked with the Goodman’s artistic team to develop and discuss their plays-in-progress. The diverse line-up ranges from a modernized interpretation of a Greek tragedy to an immersive theater experience to the up-to-date realities of the Black Lives Matter movement. Free readings take place July 21-23 at Goodman Theatre (170 N. Dearborn); to make a reservation call 312.443.3800 or visit GoodmanTheatre.org/PlaywrightsUnit. Availability is extremely limited.

Just as Odysseus was forced to choose between the Scylla and Charybdis in The Odyssey, first-time mother Cora must navigate the world of work and motherhood while trying not to lose herself on the journey.

Lamb’s plays include 12th and Clairmount, Candy Store, Memento Polonia, Period Piece (with Lisa Linke), Suicide Kills, Quiver and Thou Proud Dream (with Damon Krometis). Her plays have had readings or productions with The Gift Theatre, American Theater Company, Stage Left Theatre, Wordsmyth Theatre (Houston), Northwestern University, Route 66 and Chicago Dramatists. She is a two-time semi-finalist for the O’Neill Playwrights Conference and has received grants for her writing from the Illinois Arts Council. As an improviser, she has performed on many Chicago stages as well as national comedy festivals in New York, Washington D.C. and Los Angeles. She is a producing playwright and member of Living Room Playmakers, a playwright collective focused on creating theater in unusual spaces and an artistic associate at Route 66. Lamb holds an MFA in writing for the screen and stage from Northwestern University.

In an immersive documentary theater experience inspired by the Chicago nightclub that once existed on the corner of Belmont and Sheffield, audiences are invited to share in the stories of the club’s patrons and musicians while chronicling the history of Caribbean Latino music through the 1960s.

Delgado first appeared on the Goodman stage in Zoot Suit in 2000 and has since appeared in many other Goodman productions including 2666, The Upstairs Concierge, Pedro Páramo, El Nogalar, Chicago Boys, Electricidad, Massacre, Mariela in the Desert and A Christmas Carol. Other Chicago stage highlights include The Motherf**ker with the Hat, Sonia Flew (Steppenwolf Theatre Company), El Grito del Bronx (Teatro Vista, Collaboraction, Goodman Theatre), Mojada, Anna in the Tropics (Victory Gardens Company) and Summertime (Lookingglass Theatre Company). Her original work para Carmen premiered at Collaboraction's Sketchbook Festival and was later seen in the Goodman's Latino Theatre Festival in 2010. She is an ensemble member of Teatro Vista, where she served as associate artistic director from 2006-2008, and a founding ensemble member of Collaboraction, where she produced the YO SOLO Festival of Latino Solo Shows and the popular Sketchbook Festival from 2005-2008. Delgado is on the National Steering Committee for the Latina/o Theatre Commons. She was a Theatre Communications Group Fox Foundation Resident Actor Fellow in residence at the Goodman Theatre where she developed her solo show, para Graciela. She is the recipient of the Joyce Award.

New York City, 1986. As a young playwright begins the biggest challenge of his life, the ghosts of characters-to-be collide with the real lives of a changing and dangerous metropolis almost a decade before history cracked open.

West’s most recent productions include Rolling (which received its Jeff-recommended world premiere in February at Jackalope Theatre), The Peacock (Jackalope Theatre), The Gacy Play (Sideshow Theatre), Common Hatred (The Ruckus) and Ibsen Is Dead! Her play Give It All Back was commissioned by Sideshow Theatre in 2015 and was cited on The Kilroys List the same year. West’s short plays have been seen in Chicago at/with Victory Gardens Theater, The Inconvenience, Chicago Dramatists, Rhinofest, Living Newspaper Festival, Abbie Fest, Chicago Home Theatre Festival, LiveWire, One-Minute Play Festival, The Anatomy Collective, Broken Nose Theatre, Fight Night, First Floor Theater and The Good Night Ladies. She earned her BA in playwriting at Webster University and her MFA in playwriting from California College of the Arts in San Francisco. She was born and raised in Missouri.

Colliding in the unlikely Eden of a civil rights renaissance, a newly formed alliance of protesters is forced to put their nascent ideologies to the test in the quest for new visions of justice. The intersection of tear gas and teddy bear memorials refracts the realities of Ferguson in the wake of the Black Lives Matter movement.

Colón is a poet, playwright, actor, educator, Cave Canem Fellow and executive director of the #LetUsBreathe Collective. Her play Octagon, winner of Arizona Theater Company's 2014 National Latino Playwriting Award and Polarity Ensemble Theater's Dionysos Festival of New Work, had its world premiere at the Arcola Theater in London in September 2015. Her work was featured in Victory Gardens Theater’s 2014 Ignition Festival. In 2013, she toured the U.K. with her collection of poems, promised instruments, published by Northwestern University Press. In autumn 2012, she opened her one-woman show, Cry Wolf, at Teatro Luna in Chicago while her play but i cd only whisper had its world premiere at the Arcola Theater in London. Colón is a resident playwright at Chicago Dramatists and one half of the brother/sister hip-hop duo April Fools. She also appeared on the fifth season of HBO's Def Poetry Jam.

About Goodman Theatre
Called America’s “Best Regional Theatre” by Time  magazine, Goodman Theatre has won international recognition for its artists, productions and programs, and is a major cultural, educational and economic pillar in Chicago. Founded in 1925 by William O. Goodman and his family in honor of their son Kenneth (an important figure in Chicago’s cultural renaissance in the early 1900s), the Goodman family’s legacy lives on through the continued work and dedication of Kenneth’s family, including Albert Ivar Goodman, who with late his mother, Edith-Marie Appleton, contributed the necessary funds for the creation of the new Goodman center in 2000. The Goodman has garnered hundreds of awards for artistic achievement and community engagement, including: two Pulitzer Prizes, 22 Tony Awards (including “Outstanding Regional Theatre” in 1992), nearly 160 Joseph Jefferson Awards and more. Under the leadership of Artistic Director Robert Falls and Executive Director Roche Schulfer, the Goodman’s artistic priorities include new plays (more than 150 world or American premieres in the past 30 years), reimagined classics (including Falls’ nationally and internationally celebrated productions of Death of a Salesman, Long’s Day’s Journey into Night, King Lear and The Iceman Cometh, many in collaboration with actor Brian Dennehy), culturally specific work, musical theater (26 major productions in 20 years, including 10 world premieres) and international collaborations. Diversity and inclusion have been primary cornerstones of the Goodman’s mission for 30 years; over the past decade, 68% of the Goodman’s 35 world premieres were authored by women and/or playwrights of color, and the Goodman was the first theater in the world to produce all 10 plays in August Wilson’s “American Century Cycle.” Each year, the Goodman’s numerous education and community engagement programs—including the innovative Student Subscription Series, now in its 30th year—serve thousands of students, teachers, life-long learners and special constituencies. In addition, for nearly four decades the annual holiday tradition of A Christmas Carol  has led to the creation of a new generation of theatergoers in Chicago.

Good Women Getting Seen and Heard at The Goodman

At Goodman Theatre this season, girls rule!   Of course talent knows no gender bounds, but sometimes even in this century, talented women have to prove themselves and break those good ol' boy networks to gain access and have their voices heard at the top of their fields.   Well, women are being seen and heard loud and clear in 2013/14 at the inimitable Goodman. 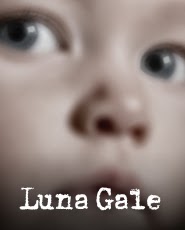 Posted by Bonnie Kenaz-Mara at 2:09 PM No comments: