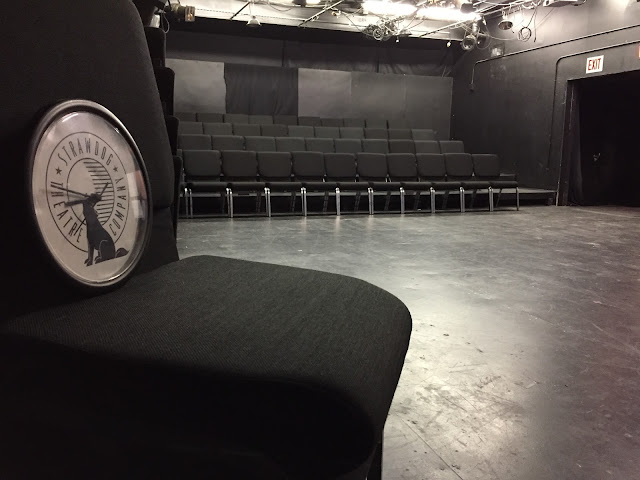 Congrats to Strawdog Theatre Company on their new home! We'll still miss the bold doors, brickwork, and urban character of their last permanent home, but we're eagerly anticipating what Strawdog will achieve in this stellar new space.

Strawdog Theatre Company is proud to announce the Company has signed a three-year lease for the former Signal Ensemble Theater, 1802 W. Berenice.  The space was also briefly home to Oracle Productions following Signal’s closure, and has a 99-seat theatre. Strawdog’s 30th Anniversary Season to be celebrated during 2017 – 2018 is to be announced.

“We are so excited to have a home with such a rich connection to the Chicago Theatre community,” said Co-Artistic Director Anderson Lawfer. “We have had a great year at the Factory Theater and thank them for being such fantastic hosts and landlords. Strawdog has been looking for a new home since leaving Lakeview and the North Center location offers many opportunities for celebrating our 30th Anniversary and planning our future seasons and popular late night programming.”

Strawdog Theatre Company’s final production of the 2016 - 2017 season will take place at the new Factory Theater in Rogers Park, 1621 W. Howard St. The Night Season, written by Rebecca Lenkiewicz and directed by Elly Green, runs May 11 – June 24. Strawdog Theater on Berenice takes residence immediately with the space available for rentals to itinerant companies.

Posted by Bonnie Kenaz-Mara at 7:26 PM No comments: