Holiday Theatre Round Up Via League of Chicago Theatres’


CHICAGO THEATERS GET FESTIVE FOR THE HOLIDAY SEASON 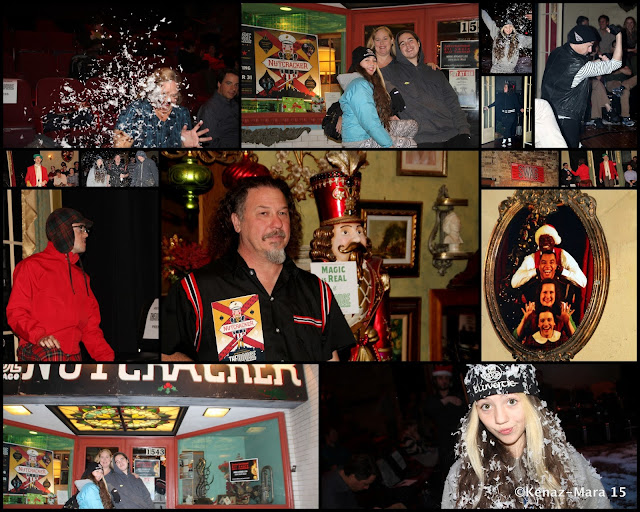 ChiIL Mama will be there... will YOU?!

The holidays mean a virtual avalanche of great theatre and it can be daunting to dig through all the openings and seasonal short runs. Check back with ChiIL Live Shows and ChiIL Mama like we vote in Chi, IL... early and often. We'll have loads of original reviews, theatre news, interviews and even ticket giveaways. Still, we're a small outlet and can't be everywhere. So, for a comprehensive listing of holiday hits easily split by genre, The League of Chicago Theatres’ is your best bet. **We've added asterisks to our favorites that we will be reviewing or covering on our outlets as well.

The Chicago theater community will present a wide variety of festive plays and musicals, as well as dance and concert offerings this Holiday season.  In support, the League of Chicago Theatres will once again create a comprehensive Holiday Theater Guide that will be available beginning in November at hotels, theaters, events, and destinations across the Chicago area.  An updated list of holiday shows with additional details about each production will be available throughout the season at www.chicagoplays.com.  Additionally, many holiday shows will be available at Hot Tix, Chicago’s local, half-price ticketing service.

The following is a selection of Holiday-themed work playing in Chicago this season.

**Charles Dickens’ timeless tale of hope and redemption A CHRISTMAS CAROL, returns to the Goodman Theatre for the 38th year. Through December 27, 2015.

**The House Theatre presents its wholly original, ballet-free, fast paced and family friendly version of THE NUTCRACKER at the Chopin Theatre, weaving dance, text, and songs to tell a story of magic and mystery. Runs through December 31, 2015.

**The Joffrey Ballet’s lavish and beloved THE NUTCRACKER returns to the Auditorium Theatre, featuring Robert Joffrey’s version for one last time, December 4 – 27, 2015.

**The classic Chicago musical THE CHRISTMAS SCHOONER sets sail again at The Mercury Theater featuring a powerful, moving story, an exquisite score of original music and traditional holiday favorites, and a company of 25 actors and musicians. November 25 – December 27, 2015.

**The Second City and Goodman Theatre’s TWIST YOUR DICKENS returns for a second smash year. Scrooge, Tiny Tim, three ridiculous ghosts and a cast of The Second City’s funniest members take the Goodman by storm, as wicked parody, daring improve and a host of guest celebs run rampant. December 4 – 27, 2015.

Other notable works include:

**The Hypocrites bring back BURNING BLUEBEARD to The Den Theatre, inspired by the true story of Chicago’s 1903 Iroquois Theatre Fire, six singed clown performers perform their spectacular Christmas pantomime once and for all. Runs November 19 – January 10, 2016.

**HELLCAB portrays the story of a cab driver in for the longest night of his life as he transports a bizarre and mysterious array of customers through the gritty streets of Chicago on Christmas Eve, at Profiles Theatre, through January 10, 2016.

Hot Tix
Celebrating 35 years this month, Hot Tix offers half-price tickets to a wide variety of theatre productions for the current week, as well as future performances, including many holiday selections for the whole family. Hot Tix has three convenient downtown walk-up locations and half-price tickets are also available online at HotTix.org, easily searchable by date, show, theatre, or genre.

For a comprehensive list of Chicago productions, visit the League of Chicago website, www.chicagoplays.com.  Discounted tickets are available at www.hottix.org.

Posted by Bonnie Kenaz-Mara at 7:43 AM No comments: