Tonight, ChiIL Live Shows will be ChiILin' with Haven Theatre Company at one of our favorite storefront spaces, Theater Wit, for opening night of Don't Go Gentle.  Check back with us like we vote in Chi, IL... early and often for loads of original content including theatre and music news, review and interviews, foodie fun, urban lifestyle features, travel, and photo filled event recaps.

3 p.m. Regular tickets are $28, and senior/industry/student tickets are $15. You may purchase tickets and get more information at www.haventheatrechicago.com or call the Theater Wit box office at 773.975.8150.

Judge Lawrence Driver is a conservative powerhouse on the bench, but a failure at home. Now retired and widowed, and seeking redemption, Judge Driver volunteers to do pro bono legal work with Tanya, a vulnerable ex-con with a troubled teenage son, while working to repair the increasingly complicated relationships with his own adult children.  When his newfound generosity is perceived as condescension, Judge Driver runs the risk of losing everything. 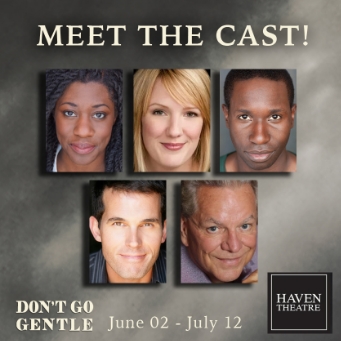 ABOUT DIRECTOR CODY ESTLE
Cody Estle is a Chicago-based freelance director. Select credits include Dividing the Estate, Vieux Carré, Good Boys and True, Brighton Beach Memoirs, Boy Gets Girl and the world premiere of Dating Walter Dante at Raven Theatre; Watch on the Rhine at The Artistic Home; Uncle Bob at Mary-Arrchie Theatre Company and Hospitality Suite at Citadel Theatre Company. He’s had the pleasure of assistant directing at Northlight Theatre, Goodspeed Musicals, Court Theatre, Writers Theatre, Next Theatre and Strawdog Theatre. Estle is the associate artistic director at Raven Theatre, artistic assistant at Northlight Theatre and an artistic associate at Haven Theatre. He serves on the faculty of Cherubs at Northwestern University and is a graduate of Columbia College Chicago. 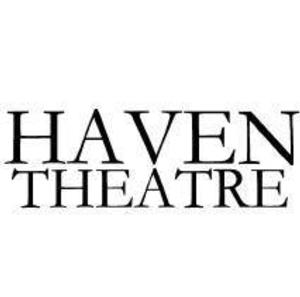 Posted by Bonnie Kenaz-Mara at 9:04 AM No comments: