OPENING: Chef Rick Bayless and Windy City Playhouse Team Up On "A Recipe for Disaster" Beginning October 6th at Petterino’s

Of all the live shows slated to return to Chicago this fall, “A Recipe for Disaster” tops our short list. We've loved Windy City Playhouse since their inception and can't wait to get a taste of their collaboration with James Beard Award-winning Chef Rick Bayless! In 2012 I met Rick Bayless at the first press conference when he announced that he was joining forces with Lookingglass Theatre Company to create “Cascabel,” the story of food’s capacity to change lives. We were in the audience for opening night of “Cascabel” for a memorable meal with circus performers precariously balanced on a tightrope above the diners, and a gloriously fun, funny, crazy talented cast of actors, musicians, singers. We're beyond jazzed to catch this new pairing. This is not your parents' dinner theatre. Tickets are on sale now. 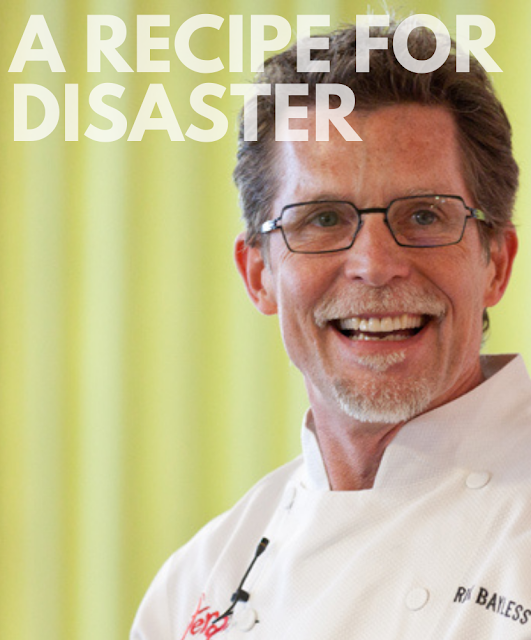 Chef Rick Bayless and Windy City Playhouse Artistic Director Amy Rubenstein have announced that “A Recipe for Disaster,” their outrageous, immersive farcical experience, will take place on the Club Level at Petterino’s, located at 150 N. Dearborn in Chicago’s historic Theatre District. Tickets for the production, which begins October 6, are on sale now.

Bayless, Rubenstein and Associate Artistic Director Carl Menninger are teaming up to create a fully scripted immersive event, with audiences enjoying tastes of cocktails, wine and food created by Bayless as the hilarity unfolds. Based on Bayless’s real-life experiences, the story revolves around a special event at a well-known restaurant where everything that could possibly go wrong occurs, sending the restaurant staff into a tailspin. A drunk chef, a couple in crisis, a dishonest health inspector and a spy from a competing restaurant all contribute to the chaos with side-splitting results.

Petterino’s main dining floor, which has been closed due to the COVID-19 pandemic, is slated to reopen in mid-August. While the cocktails, wine and food served to “A Recipe for Disaster” guests are created by Bayless for the production, the chef will not be affiliated with the reopening of the main restaurant. “A Recipe for Disaster” attendees may enter Petterino’s Club Level from the Randolph Street entrance.

Tickets to “A Recipe for Disaster,” which include six bite-size tastings and three cocktail and wine samplings are on sale now, with regular and VIP options (including an expanded food and beverage menu) available. For ticket availability and more information, please visit WindyCityPlayhouse.com.

Most people know Rick Bayless from winning the title of Bravo’s “Top Chef Masters.” His highly rated public television series, “Mexico: One Plate at a Time,” is broadcast coast to coast and his nine cookbooks have earned multiple high-profile accolades.

Located in Chicago, Rick's Frontera Grill and Topolobampo have each received the “Outstanding Restaurant of the Year” designation from the James Beard Foundation — an unprecedented feat for side-by-side restaurants. His wildly popular fast-casual Xoco debuted in 2009 and Tortas Frontera at Chicago’s O’Hare airport has changed the face of airport dining. In 2016, he opened Frontera Cocina in Disney Springs. In 2018, Rick expanded his Clark Street restaurants by opening Bar Sótano, a Oaxacan-inspired mezcal bar with modern Mexican bar food. Tortazo, Rick's new fast-casual concept, debuted in 2020 in Chicago's iconic Willis Tower, with plans to open an outpost in New York City in fall 2021.

In 2012 and again in 2014, Rick joined forces with Lookingglass Theatre Company to create “Cascabel,” the story of food’s capacity to change lives. The audience for “Cascabel” shared a meal with the cast of actors, musicians, singers and circus performers as the tale of unrequited love resolved into magical beauty.

Always a philanthropist, Rick and his staff established the Frontera Farmer Foundation in 2003 to support small Midwestern farms. To date, the Foundation has awarded nearly 200 grants totaling nearly $3 million. He also launched the Frontera Scholarship, a culinary school scholarship for Mexican-American students in Chicago.

In 2019, Rick founded Impact Culinary Training, a restaurant job readiness program on the city’s west side. And in 2017 he established the Bayless Family Foundation to support the city’s vibrant theater scene with grants to Chicago theater companies totaling $1.5 million to date.

The Government of Mexico has bestowed on Rick the Mexican Order of the Aztec Eagle–the highest decoration bestowed on foreigners whose work has benefitted Mexico and its people.

Windy City Playhouse is a professional theater and 501(c)(3) nonprofit organization, located on Chicago's northwest side. Premiering in March of 2015 with a mission to present contemporary, relevant, and approach art, the Playhouse has quickly become a mainstay of the Chicago theater scene. In 2018, its runaway hit, the immersive “Southern Gothic” solidified the Playhouse as the first choice in Chicago theater for one-of-a-kind audience experience. "Experience driven. Audience first." 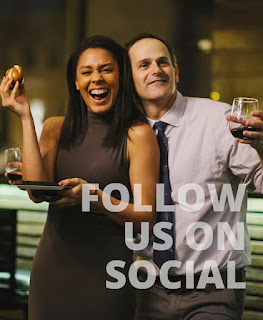 Posted by Bonnie Kenaz-Mara at 7:31 PM No comments: