OPENING: 3 Shows Only, Confessions of a P.I.M.P. Returns to Victory Gardens Theater 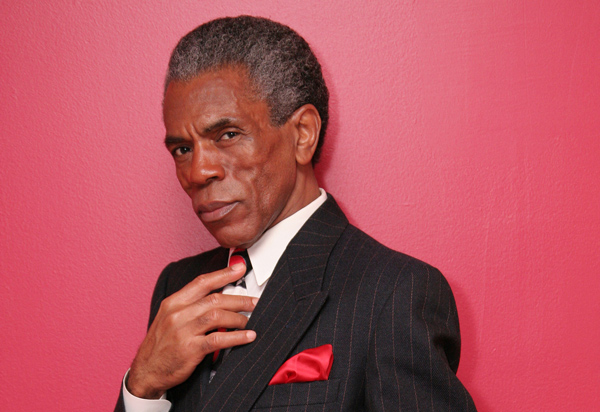 Dennis Začek and Grippo Stage Co., Inc., will present Confessions of a P.I.M.P., written and performed by André De Shields, and directed by Samuel G. Roberson and Dennis Začek. The cast also includes Kim Lawson and Donica Lynn. Confessions of a P.I.M.P. runs August 25, 26 and 27, 2016 at 8pm at Victory Gardens Theater, located at 2433 N. Lincoln Ave.

From the heat of urban insurrection in Baltimore, Maryland to the incandescent glare of New York’s Great White Way, “Jelly Belly” has many stories to tell. Through song, dance, and spoken word, join Victory Gardens Theater’s Fox Foundation Resident Actor Fellow André De Shields in this riveting solo-performance as we follow this adventure from inner city impoverishment to self-actualization.

Confessions of a P.I.M.P. originally premiered as part of Victory Gardens’ 2015 IGNITION Festival of New Plays.

About the Artists
André De Shields In a career spanning forty-six years, André De Shields has distinguished himself as an unparalleled actor, director, choreographer and educator.  He is the recipient of three Jeff Awards, one as Director for Victory Gardens’ 1987 production of The Colored Museum, and two as Featured Performer in a Musical for the Goodman Theatre productions of Play On! (1998) and Mary Zimmerman’s The Jungle Book (2013).  In fact André’s professional career began at Chicago’s Shubert Theatre, now the Bank of America Theatre, in the 1969 production of Hair.  From there he moved on to The Me Nobody Knows at the Civic Opera House, and ultimately became a member of The Organic Theatre Company, where he created the role of Xander the Unconquerable, Ruler of the Sixth Dimension in the cult sensation Warp. A multiple Tony Award nominee, he is best known for his show-stopping performances in four legendary Broadway musicals: The Wiz, Ain’t Misbehavin’, Play On! and The Full Monty. His numerous accolades include an Emmy Award for the NBC Special based on Ain’t Misbehavin’, the National Black Theatre Festival’s Living Legend Award, the Village Voice OBIE Award for Sustained Excellence of Performance and two Doctor of Fine Arts degrees honoris causa one each from the University of Wisconsin-Madison and the State University of New York-College at Buffalo. A triple Capricorn, Mr. De Shields is the ninth of eleven children born and reared in Baltimore, Maryland. Ubuntu.

Kimberly Lawson appeared in Confessions of a P.I.M.P. during the 2015 IGNITION Festival of New Plays. A current board member of Chicago Cabaret Professionals, her cabaret shows include WOZ: A Rock Cabaret, Why Can't a Woman: A Feminist Perspective of Broadway, Fancy Meeting You Here and Life, Love, and Faith: A Tribute to Faith Prince. She is currently a student of Nadine Gomes of the Chicago College of Performing Arts and Tony Award Winner Faith Prince. In her non-performing life, Kimberly is the Audience Services Manager at Lookingglass Theatre.