OPENING: Hell in a Handbag Productions Announces Casting for POSEIDON! An Upside Down Musical

ChiIL Live Shows on our radar
POSEIDON! An Upside Down Musical 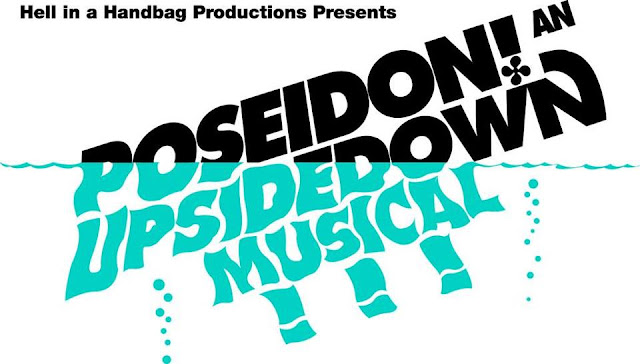 
Hell in a Handbag Productions is pleased to announce casting for its revival of the musical that started it all: POSEIDON! An Upside Down Musical, a musical parody and loving homage to the classic 1972 film, The Poseidon Adventure, the grandmother of all disaster films. I'll be out for the press opening March 22nd, so check back soon for my full review. 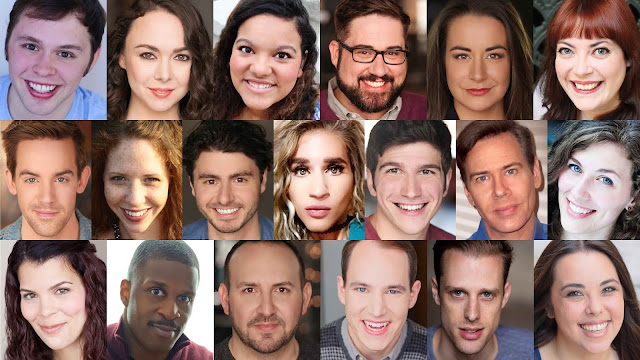 Handbag’s very first show will return March 15 – April 28, 2019 at a venue befitting of an ocean liner: The Edge Theater, 5451 N. Broadway in Chicago. POSEIDON features a book and lyrics by Handbag Artistic Director David Cerda*, music by David Cerda* with Scott Lamberty, direction by Derek Van Barham, music direction by Andrew Milliken, and choreography by Breon Arzell. Tickets are currently available at brownpapertickets.com or by calling (800) 838-3006.

The original 2002 Chicago production of POSEIDON! was a critical and popular smash and extended for a five-month sold-out run in Chicago, and was accepted into The New York International Fringe Festival, where it was the most attended show of 2003, winning an award of excellence for Best Ensemble. The show was remounted in 2009 at The Chopin Theatre and enjoyed another extended run.

It’s New Year’s Eve and a group of hardcore fans have gathered for their annual viewing of the greatest film ever – The Poseidon Adventure, the story of the capsize of the SS Poseidon on New Year’s Eve, and the handful of misfit passengers that decide to climb to the top of the ship – which is now the bottom. As the story progresses the viewers become one with the film. POSEIDON! An Upside-Down Musical is part parody, part homage – and a look at how movies can leave their mark on you. 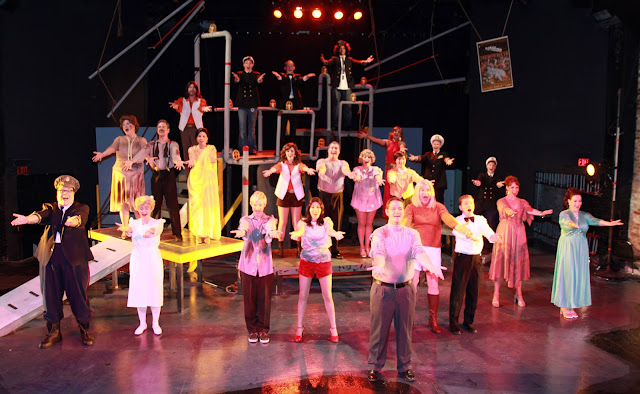 About the Artists
David Cerda (Book, Lyrics, Music) is the Artistic Director and co-founder of Hell in a Handbag Productions. Cerda has written or collaborated on Caged Dames, TROGG- A Rock and Roll Musical, Sexy Baby, Lady X: The Musical, Christmas Dearest, Rudolph the Red-Hosed Reindeer, SCARRIE – The Musical, Snowgirls – The Musical, and many others. He has also worked as a songwriter with Amazon Studios, and as an actor around Chicago. In 2016, Cerda was in inducted into the Chicago GLBT Hall of Fame and in 2017 he received a Lifetime Achievement Jeff Award for his contributions to the Chicago theater community and philanthropic efforts.

Scott Lamberty (Music) has collaborated with David Cerda on several Handbag musicals including Rudolph the Red-Hosed Reindeer, SCARRIE – The Musical, Sexy Baby and Lady X: The Musical. Scott has also worked extensively with Corn Productions on the Tiff and Mom shows, The Bad Seed The Musical, Jesus Camp – The Musical and Snowgirls- The Musical, among many others.

Derek Van Barham (Director) is the Producing Artistic Director of Kokandy Productions and a member of the Red Tape Theatre ensemble. He previously served as Associate Artistic Director of Pride Films & Plays. For PFP, he directed Perfect Arrangement, Angry Fags (Steppenwolf Garage), Songs from an Unmade Bed (Jeff nomination) and (co-directing) PRISCILLA, Queen of the Desert. Other directing credits include The View Upstairs (Circle Theatre), Three Days of Rain (Boho), Miracle! by Dan Savage, Skooby Don't (Hell in a Handbag) and HOT PINK (New American Folk Theatre). Choreography credits include The CiviliTy of Albert Cashier and BITE (PFP), all Black Button Eyes productions, and Salonathon. He was named one of Windy City Times 30 Under 30, recognizing Chicago's LGBTQ+ community.

Andrew Milliken (Music Director) has been a music director/pianist in the Chicago area since 2016. Poseidon will be his second production with Hell in a Handbag, following 2017's Bewildered. Other favorite credits include Pippin (Mercury Theater), Avenue Q (Metropolis Theater), Vinegar Tom (Northwestern University) and Carousel (Timber Lake Playhouse).

Breon Arzell (Choreographer) is most commonly known as an actor, however his breakout, and award-winning, premiere as a Chicago choreographer came with Oracle Productions’ The Hairy Ape. This Detroit native received his first training while at Miami University. In Chicago, he has worked as a dancer, choreographer and instructor at Joel Hall Dancers & Center, Porchlight M.T., Vagabond School and The Goodman Theatre (for their Musical Theater Program). Developing his own style of dance (hip-hop, jazz, modern, lyrical, contemporary and body percussion) and storytelling, movement credits include: The Total Bent (Haven Theatre), Rightlynd, The House That Will Not Stand (Victory Gardens Theater); Night Runner, Wig Out (DePaul University); Julius  Caesar (Writers Theatre), Marie Christine (BoHo Theatre), The Wiz  (Kokandy Productions), Scottsboro Boys (Porchlight Music Theatre), and more. His talents have allowed him to work all across the U.S., Canada, England, Italy, Germany, Denmark, Singapore and Malaysia.

Posted by Bonnie Kenaz-Mara at 10:56 AM No comments:

Email ThisBlogThis!Share to TwitterShare to FacebookShare to Pinterest
Labels: Hell in a Handbag Productions, opening, POSEIDON! An Upside Down Musical, shows on our radar, The Edge Theater, The Poseidon Adventure
Older Posts Home
Subscribe to: Posts (Atom)