Ms. Mason Returns to Wicker Park to Celebrate the 23rd Anniversary of her First Davenport’s Appearance with Vaccinatin' Rhythm 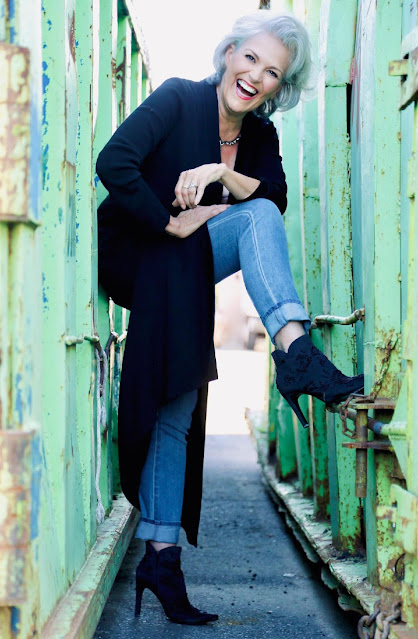 *Please note: All patrons must be vaccinated. For entry, patrons must provide proof of vaccination, such as a Vaccination Card, and a valid photo ID. Masks will be required upon entry and when not seated.

Davenport’s Piano Bar & Cabaret, 1383 North Milwaukee Ave., celebrates its 23rd Anniversary as Chicago’s premier location for enjoying music in an intimate setting with the return of Broadway actress and multi-award-winning cabaret performer Karen Mason with Vaccinatin' Rhythm, Thursday, Nov. 4 - 6 at 8 p.m. and Sunday, Nov. 7 at 7 p.m. This is a ticketed event held in the Cabaret. Tickets are $40 per person with a two-drink minimum on the night of the performance. For information, tickets and more, please visit DavenportsPianoBar.com.

Time to celebrate! She’s back! In her first cabaret show in Chicago in 2021, Karen Mason brings a night of unforgettable music, stories, laughter, joy and perhaps a few surprises…..because you never know what will happen with this vaccinated gal! Mason’s all-new show will feature her favorite songs and arrangements, including “You’ve Got a Friend,” “Lulu’s Back in Town,” “On Broadway,” “Broadway Baby” and including songs written by the songwriters she has known throughout her career, such as Kander & Ebb, Amanda McBroom, Marilyn & Alan Bergman, Sheldon Harnick and her husband Paul Rolnick, as well as new music chosen specifically for this celebratory night.

“Anniversaries are about spending time with your favorite people at your favorite place. And there’s no place that I would rather be than with you and this music at Davenport’s,” said Mason. “It has been 23 years since Davenport’s opened and I was there. I am thrilled to be back, again, to celebrate more than two decades of music and memory making!” 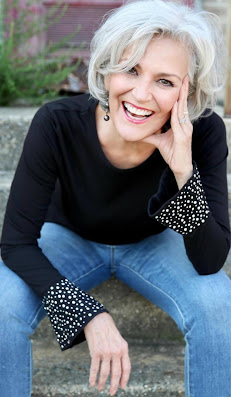 Karen Mason has starred on Broadway, Off-Broadway, television and recording: and “has few peers when it comes to ripping the roof off with her amazing voice that knows no bounds!” (TheatreScene.net).

Ms. Mason was recently seen opposite Ewan McGregor in Netflix’s “Halston” and as “Madame Giry” in the North American premiere of  Andrew Llyod Webber’s sequel to The Phantom of the Opera, Love Never Dies. Previously on Broadway, she garnered rave reviews starring as “The Queen of Hearts” in Wonderland and originated the role of “Tanya” in ABBA’s Mamma Mia!, for which she was awarded a 2002 Drama Desk nomination as Best Actress. Her other leading roles include “Norma Desmond” in Sunset Boulevard, which she performed to critical acclaim and standing ovations on Broadway and in Los Angeles for three years; “Velma von Tussel” in the final Broadway company of Hairspray, “Monotony” singer and “Mazeppa” in Jerome  Robbins’ Broadway; “Rosalie” in Carnival (another Drama Desk nomination); plus featured roles in Broadway’s Torch Song Trilogy and Play Me A Country Song.

Ms Mason won the Outer Critics Circle Award for her performance in And The World Goes ‘Round and starred Off-Broadway in her own show Karen Mason Sings Broadway, Beatles And Brian.

In regional theater, she starred in the first National Tour of A Christmas Story, as “Miss Shields,” in the world premiere of the stage production of White Christmas, (playing the Rosemary Clooney role at St. Louis Muni Opera), Side By Side By Sondheim (Coconut Grove Playhouse in Florida), Gypsy (Sundance Theatre in California), the world premiere of  One Tough Cookie (Apple Tree Theatre in Chicago), Heartbeats (Goodspeed Opera House in NY) and Company (Huntington Theatre in Boston). Most recently in New York, she starred in the one-woman musical about Dorothy Parker, You Might As Well Live.

As a performer, Ms. Mason has headlined Carnegie Hall, The Kennedy Center, Lincoln Center, Feinstein’s at The Regency, Rainbow & Stars, the Algonquin, Arci’ Place, The Supper Club and The Ballroom in NYC; The Cinegrill and the UCLA/ASCAP Concert Series in Los Angeles; The Plush Room in San Francisco and Davenport’s in Chicago.

She has shared concert stages with Michael Feinstein, Jerry Herman, Chita Rivera, Luciano Pavarotti, Rosemary Clooney, Liza Minnelli and John Kander & Fred Ebb, among others. She has given concerts in the United Kingdom, Sweden, Brazil, Scotland, Tokyo and Osaka. Her starring symphonic performances include The Long Beach Symphony Orchestra with Maestro Michael Berkowitz, The Philly Pops with Peter Nero, The New York Pops with Skitch Henderson, The Oklahoma Philharmonic with Joel Levine, the premier performance of The Chicagoland Pops, The Indianapolis Philharmonic and the St. Louis Symphony with John McDaniel.

Ms. Mason has a new cd called “Let the Music Play” debuting late in 2021. Her recording career includes the single, “It’s About Time,” written by Paul Rolnick and Shelly Markham;  her 2009 MAC AWARD-winning “Right Here/ Right Now,” 2005’s “The Sweetest of Nights,” the MAC Award-winning ‘When The Sun Comes Out,” as well as three other CD’s: “Christmas! Christmas! Christmas!,” recorded live at the West Bank Café; “Better Days,” featuring songs by her longtime composer/arranger, Brian Lasser (including the 1998 Emmy Award-winning song “Hold Me“) and “Not So Simply Broadway.” She has been featured on the soundtrack of the original cast CD of Wonderland;  Jeffrey (Varese Sarabande), the studio cast recording of Wonderful Town (JAY Records), the original cast album of And The World Goes ‘Round (RCA Victor), The Child In Me, Vol. 1(Harbinger Records) and Lost in Boston ll (Varese Sarabande).

Her television appearances include the dramas “Ed” and “Law & Order: SVU” and her film credits include “Sleeping Dogs Lie” and “A Chorus Line.”

Davenport’s prioritizes the health and safety of its patrons, staff and performers. Following current local, state and government protocols, Davenport’s asks that all patrons be vaccinated. For entry, patrons must provide proof of vaccination, such as a Vaccination Card, and a valid photo ID. Masks will be required upon entry and when not seated.

Davenport's Piano Bar and Cabaret is Chicago's premier location for enjoying music in an intimate setting. With two performance spaces, visitors may enjoy performances by national and local talent. The cabaret room has performances most nights showcasing a variety of types of music. The piano bar provides music from an accomplished roster of musicians and a talented serving staff that can both make a drink and sing you a Broadway-caliber song.

Posted by Bonnie Kenaz-Mara at 4:39 PM No comments: