Got Your Tickets For The Broadway In Chicago 2017 Season?

BROADWAY IN CHICAGO ANNOUNCES NEXT SEASON
TO FEATURE
A NEW PRE-BROADWAY MUSICAL
ESCAPE TO MARGARITAVILLE,
TONY AWARD®-WINNING
AN AMERICAN IN PARIS
and RODGERS & HAMMERSTEIN’S
THE KING AND I,
SOMETHING ROTTEN! and LES MISÉRABLES 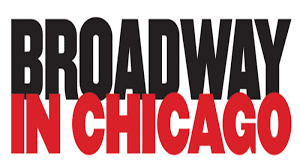 OFF SEASON SPECIALS WILL INCLUDE
MEN ARE FROM MARS – WOMEN ARE FROM VENUS LIVE!, THE ILLUSIONISTS - LIVE FROM BROADWAY™, THE NAKED MAGICIANS, CIRCUS 1903 - THE GOLDEN AGE OF CIRCUS, RAIN and
THE 20th ANNIVERSARY TOUR OF RENT

On Sale to the Public Monday, November 7

Broadway In Chicago is thrilled to announce its next season line-up: a new Pre-Broadway musical ESCAPE TO MARGARITAVILLE featuring the songs of legendary singer-songwriter-author Jimmy Buffett, Tony Award®-winning AN AMERICAN IN PARIS, Tony Award®-winning RODGERS & HAMMERSTEIN’S THE KING AND I, the completely original new musical comedy SOMETHING ROTTEN! and LES MISÉRABLES. The off-season specials will include:  MEN ARE FROM MARS – WOMEN ARE FROM VENUS LIVE!, THE ILLUSIONISTS - LIVE FROM BROADWAY™, THE NAKED MAGICIANS, CIRCUS 1903 - THE GOLDEN AGE OF CIRCUS, RAIN and the 20th Anniversary Tour of RENT.

The upcoming Season will go on sale to the public Monday, November 7, 2016.  To renew or purchase a new subscription, please visit BroadwayInChicago.com or call 312-977-1717.  Subscriber benefits include savings of up to 54% off ticket prices, discounts on both parking and suite service, invitations to Broadway In Chicago exclusive events, free exchange privileges based on availability and more.  The Broadway In Chicago line-up, including performance dates and venues, is as follows: 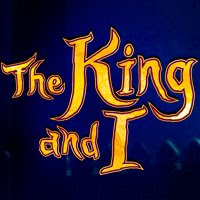 RODGERS & HAMMERSTEIN’S THE KING AND I
June 14 – July 9, 2017
Oriental Theatre (24 W. Randolph)
THE KING AND I directed by Tony Award® Winner Bartlett Sher won four 2015 Tony Awards® including Best Revival of a Musical.  Bartlett Sher is reunited with the award-winning creative team from South Pacific and The Light in the Piazza. THE KING AND I has sets by Michael Yeargan; costumes by Catherine Zuber; lights by Donald Holder (all three nominated for 2015 Tony Awards®); sound by Scott Lehrer (2015 Drama Desk Award nomination); and casting by Telsey + Company/Abbie Brady-Dalton, CSA. THE KING AND I features choreography by Christopher Gattelli based on the original choreography by Jerome Robbins.   One of Rodgers & Hammerstein’s finest works, THE KING AND I boasts a score which features such beloved classics as Getting To Know You, Hello Young Lovers, Shall We Dance, I Have Dreamed, and Something Wonderful. Set in 1860’s Bangkok, the musical tells the story of the unconventional and tempestuous relationship that develops between the King of Siam and Anna Leonowens, a British schoolteacher, whom the modernist King, in an imperialistic world, brings to Siam to teach his many wives and children. 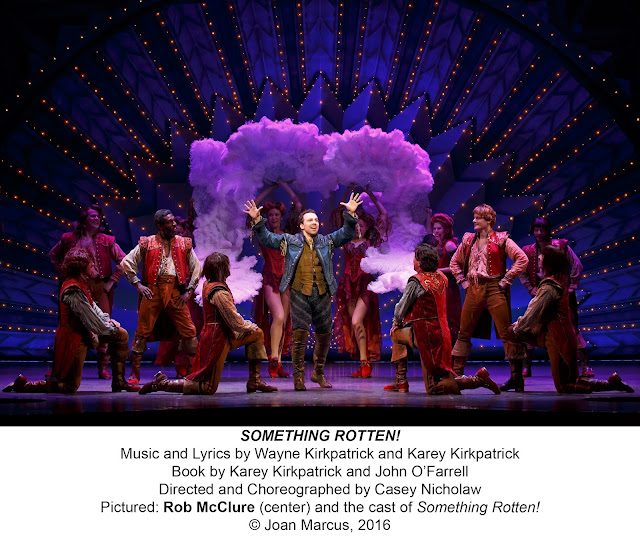 SOMETHING ROTTEN!
July 11 – July 23, 2017
Oriental Theatre (24 W. Randolph)
From the director of Aladdin and the co-director of The Book of Mormon,  SOMETHING ROTTEN! is “Broadway’s big, fat hit!” (New York Post). Set in 1595, this hilarious smash tells the story of Nick and
Nigel Bottom, two brothers who are desperate to write a hit play. When a local soothsayer foretells that the future of theatre involves singing, dancing and acting at the same time, Nick and Nigel set out
to write the world’s very first MUSICAL! With its heart on its ruffled sleeve and sequins in its soul, SOMETHING ROTTEN! is “The Producers + Spamalot + The Book of Mormon. Squared!” (New York Magazine). 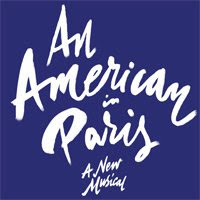 AN AMERICAN IN PARIS
July 25 – August 13, 2017
Oriental Theatre (24 W. Randolph)
Inspired by the Academy-Award winning film, AN AMERICAN IN PARIS is the romantic story about an American soldier, a mysterious French girl and an indomitable European city, each yearning for a new beginning in the aftermath of war.  Directed and choreographed by 2015 Tony Award-winner Christopher Wheeldon, the show features the music and lyrics of George Gershwin and Ira Gershwin, and a book by Craig Lucas. AN AMERICAN IN PARIS won four 2015 Tony Awards, four Drama Desk Awards, four Outer Critics Circle Awards, the Drama League Award for Best Musical, three Fred and Adele Astaire Awards, and two Theatre World Awards. The musical was included on the Year’s Best lists of The New York Times, The Wall Street Journal, Entertainment Weekly, The New Yorker, the Associated Press, The Hollywood Reporter, and The Pittsburgh Post-Gazette. The Masterworks Broadway Original Broadway Cast recording of AN AMERICAN IN PARIS was nominated for the Best Musical Theater Album Grammy Award.   The score of AN AMERICAN IN PARIS includes the songs "I Got Rhythm," "Liza," "'S’Wonderful," "But Not For Me," "I'll Build a Stairway to Paradise," and orchestral music including "Concerto in F," "Second Prelude," "Second Rhapsody/Cuban Overture" and "An American In Paris."

LES MISÉRABLES
October 11 – 29, 2017
Cadillac Palace Theatre, 151 W. Randolph
Cameron Mackintosh presents the new production of Alain Boublil and Claude-Michel Schönberg’s Tony Award-winning musical phenomenon, Les Misérables, direct from its acclaimed Broadway return. Featuring the beloved songs “I Dreamed A Dream,” “On My Own,” “Stars," “Bring Him Home,” “One Day More,” and many more, this epic and uplifting story has become one of the most celebrated musicals in theatrical history. With its glorious new staging and dazzlingly reimagined scenery inspired by the paintings of Victor Hugo, this breathtaking new production has left both audiences and critics awestruck. “Les Miz is born again!” (NY1). 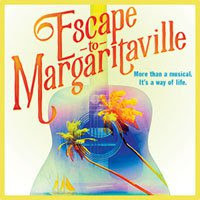 Featuring both original songs and your most-loved Jimmy Buffett classics, this new musical is the story of a tropical island resort and its part-time bartender, part-time singer and full time charmer who thinks he’s got life all figured out. Until a beautiful career-minded tourist steals his heart and makes him question everything.

OFF SEASON SPECIALS WILL INCLUDE:

MEN ARE FROM MARS – WOMEN ARE FROM VENUS LIVE!
Opening Valentine’s Day 2017
February 14 – March 5, 2017
Broadway Playhouse at Water Tower Place (175 E. Chestnut)
Men Are From Mars – Women Are From Venus LIVE!, the Off-Broadway hit comedy based on The New York Times #1 best-selling book of the last decade by John Gray, is back by popular demand.  Moving swiftly through a series of vignettes, the show covers everything from dating and marriage to the bedroom.   This hysterical show will have couples elbowing each other all evening as they see themselves on stage. Sexy and fast paced, this show is definitely for adults, but will leave audiences laughing and giggling like little kids! 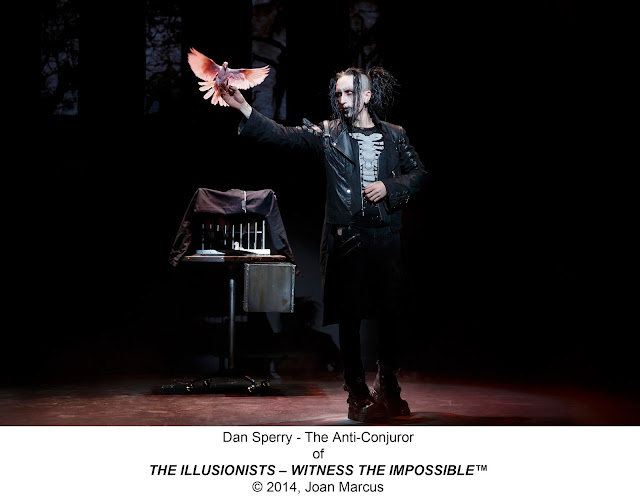 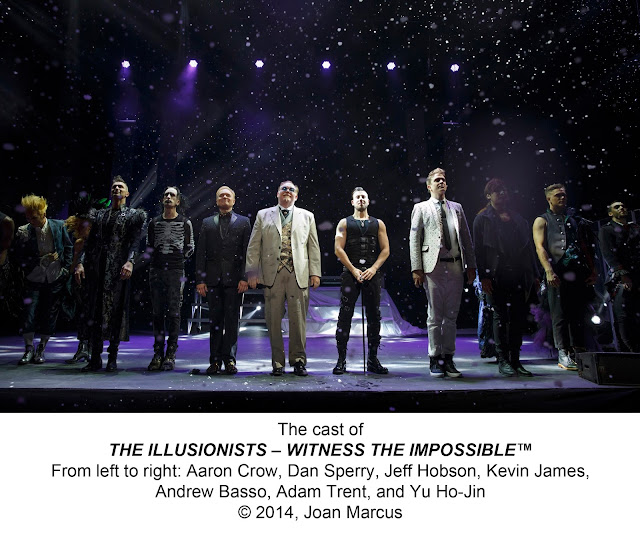 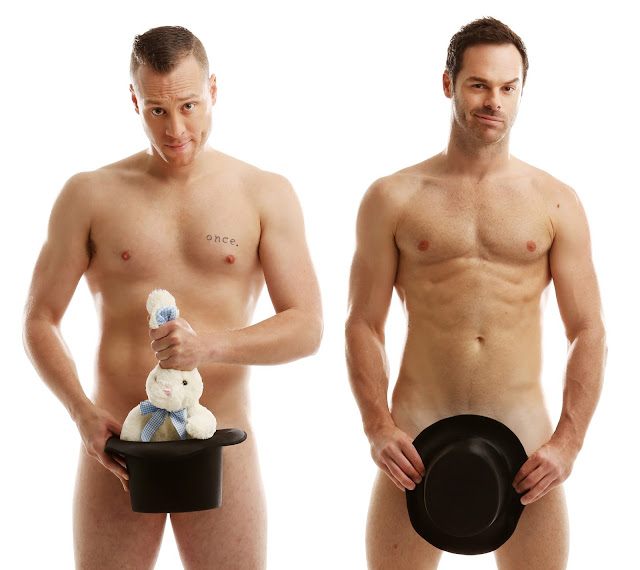 THE NAKED MAGICIANS
March 14 – 19, 2017
Broadway Playhouse at Water Tower Place (175 E. Chestnut)
Following sold-out shows and rave reviews across the world including London’s West End, United States, Canada, Asia, Australia and New Zealand, the world’s naughtiest and funniest magic show “The Naked Magicians” is coming to Chicago.  Direct from Australia, the show features magic, mirth and more than a touch of mayhem as these two hot and hilarious magicians say abracadabra and take magic to a whole new level. Left without sleeves or pockets, their saucy magic is baffling and entertaining, bringing a new meaning to “now you see it.” This boisterous R-rated magic show, strips away the top hats and capes, promising full frontal illusions. Good magicians don’t need sleeves and great magicians don’t need pants. This show proves just that! 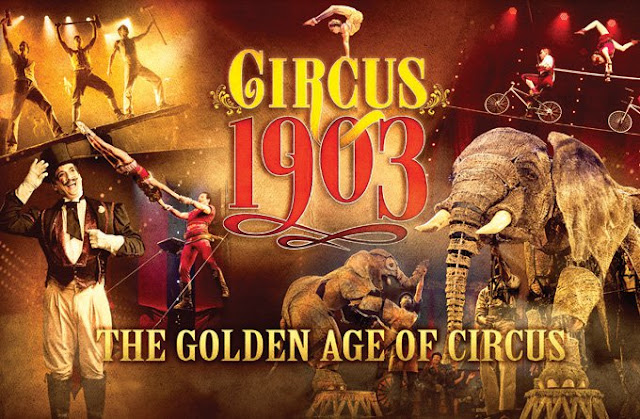 CIRCUS 1903 - THE GOLDEN AGE OF CIRCUS
March 21 – 26, 2017
Oriental Theatre (24 W. Randolph)
In a world premiere event, the producers of the world’s biggest magic show, The Illusionists, have teamed up with the award-winning puppeteers from War Horse, to present a thrilling turn-of-the-century circus spectacular.  CIRCUS 1903 –The Golden Age of Circus has all the thrill and daredevil entertainment one would expect from the circus, with an exciting new twist.  Sensational puppetry puts Elephants back in the ring as never seen before by introducing the largest ever performing African elephant and her baby, along with a huge cast of the most unique, amazing and dangerous circus acts from all four corners of the world, from strong men to contortionists, acrobats to musicians, knife throwers, high wire and
much more! CIRCUS 1903 –The Golden Age of Circus is produced by Simon Painter, Tim Lawson and MagicSpace Entertainment. 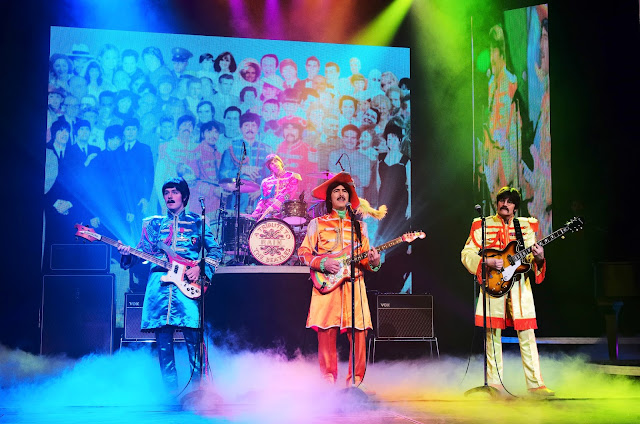 RAIN
March 28 – April 2, 2017
Oriental Theatre (24 W. Randolph)
As “the next best thing to seeing The Beatles!” (Associated Press), RAIN performs the full range of The Beatles' discography live onstage, including the most complex and challenging songs that The Beatles themselves recorded in the studio but never performed for an audience. In addition to the updated sets that include brand new LED, High-Definition screens and multimedia content, new songs have also been included with the launch of the 2016 Tour. Together longer than The Beatles, RAIN has mastered every song, gesture and nuance of the legendary foursome, delivering a totally live, note-for-note performance that’s as infectious as it is transporting. From the early hits to later classics (“I Want To Hold Your Hand,” “Hard Day’s Night,” “Sgt. Pepper’s Lonely Hearts Club Band,” “Let It Be,” “Come Together,” “Hey Jude” and more), this adoring tribute will take you back to a time when all you needed was love, and a little help from your friends! 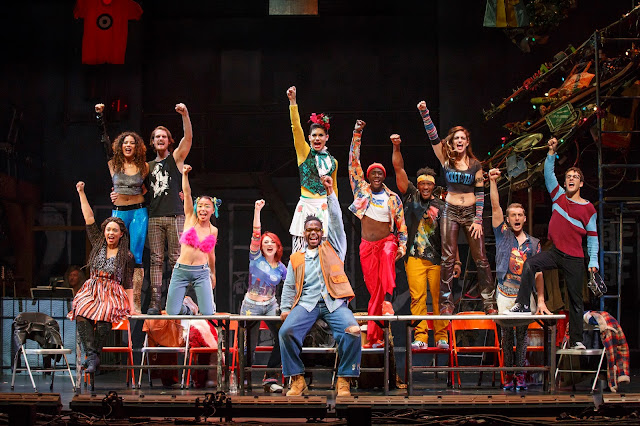 RENT 20TH ANNIVERSARY TOUR
May 16 – 21, 2017
Oriental Theatre (24 W. Randolph)
In 1996, an original rock musical by a little-known composer opened on Broadway… and forever changed the landscape of American theatre. Two decades later, Jonathan Larson’s RENT continues to speak loudly and defiantly to audiences across generations and all over the world. And now, this Pulitzer Prize and Tony Award®-winning masterpiece returns to the stage in a vibrant 20th anniversary touring production. A re-imagining of Puccini's La Bohème, RENT follows an unforgettable year in the lives of seven artists struggling to follow their dreams without selling out. With its inspiring message of joy and hope in the face of fear, this timeless celebration of friendship and creativity reminds us to measure our lives with the only thing that truly matters—love.

ABOUT BROADWAY IN CHICAGO
Broadway In Chicago was created in July 2000 and over the past 16 years has grown to be one of the largest commercial touring homes in the country.  A Nederlander Presentation, Broadway In Chicago lights up the Chicago Theater District entertaining well up to 1.7 million people annually in five theatres.  Broadway In Chicago presents a full range of entertainment, including musicals and plays, on the stages of five of the finest theatres in Chicago’s Loop including The PrivateBank Theatre, the Oriental Theatre, Cadillac Palace Theatre, the Auditorium Theatre of Roosevelt University and just off the Magnificent Mile, the Broadway Playhouse at Water Tower Place.

Email ThisBlogThis!Share to TwitterShare to FacebookShare to Pinterest
Labels: 2017 season, AN AMERICAN IN PARIS, Broadway in Chicago, CIRCUS 1908, ESCAPE TO MARGARITAVILLE, LES MISÉRABLES, RAIN, RENT, SOMETHING ROTTEN!, THE ILLUSIONISTS, The King and I, THE NAKED MAGICIANS
Older Posts Home
Subscribe to: Posts (Atom)