Theo Ubique Cabaret Theatre closes its 2021–2022 season with GODSPELL, the Stephen Schwartz and John-Michael Tebelak beloved and timeless tale of friendship, loyalty, and love, based on the Gospel of St. Matthew. At the helm will be an award-winning creative team including Theo’s Managing Director Christopher Pazdernik (Director), Jenna Schoppe (Choreographer), and Jeremy Ramey (Music Director). GODSPELL will be performed June 10 – July 31.

One of the most-produced musicals of all-time, GODSPELL’s sung-thru structure offers an eclectic mix of jazz, rock opera, pop, and gospel songs to journey audiences through a meaningful story of connection. Theo Ubique’s adaptation will take inspiration less from the parables of which the show is inspired and instead embrace a more modern thematic line of storytelling.

"As composer Stephen Schwartz has often said, GODSPELL is essentially about community. We look forward to leaning into that theme for our production at Theo, following a group of people who have been 'othered' by society in some way, coming together in their search for shared values and chosen family,” said Director Pazdernik. “This show was originally selected to honor GODSPELL’s 50th Anniversary in 2021 and I am thrilled to be able to still honor that anniversary with our production, albeit delayed. Additionally, the theater will be transformed into an urban park setting, making it the perfect summer destination for joy, togetherness, and of course, that incredible iconic score!"

Completing the Theo Ubique experience, Evanston’s La Cocinita, known for their Latin American street food, will be offering a 3-course meal available for an additional $29.00 per person. 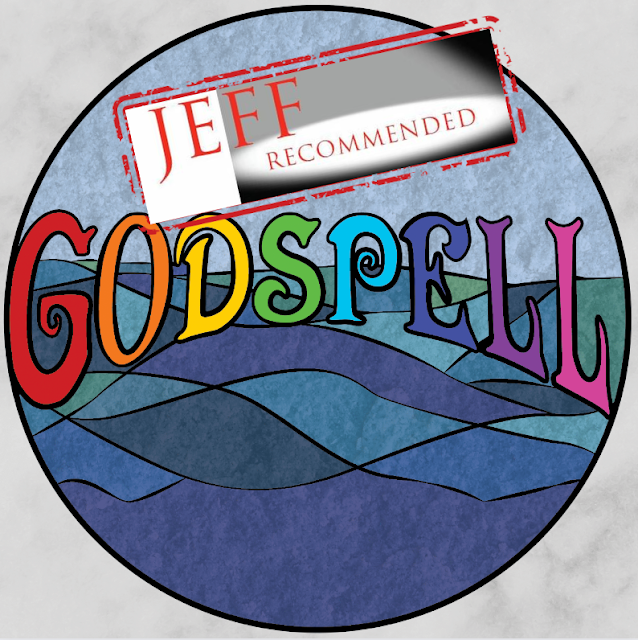 GODSPELL was the first major musical theatre offering from three-time Grammy and Academy Award winner, Stephen Schwartz (Wicked, Pippin, Children of Eden), and it took the world by storm. Led by the international hit, "Day by Day," GODSPELL features a parade of beloved songs, including "Prepare Ye the Way of the Lord," "Learn Your Lessons Well," "All for the Best,” "All Good Gifts," "Turn Back, O Man" and "By My Side."

A small group of people help Jesus Christ tell different parables by using a wide variety of games, storytelling techniques and hefty doses of comic timing. An eclectic blend of songs, ranging in style from pop to vaudeville, is employed as the story of Jesus' life dances across the stage. Dissolving hauntingly into the Last Supper and the Crucifixion, Jesus' messages of kindness, tolerance and love come vibrantly to life.

Boasting a score with chart topping songs, a book by a visionary playwright (John-Michael Tebelak) and a feature film, GODSPELL is a sensation that continues to resonate with audiences, and has become a staple of theatre companies, large and small.

ABOUT THE CREATIVE TEAM

Jeremy Ramey (He/Him, Resident Music Director) is a concert pianist, conductor and music director based in Chicago. In 2019, Jeremy received his tenth Jeff nomination and sixth Jeff Award for his work on The Bridges of Madison County. He had previously received Jeff awards for The Light in the Piazza, Smokey Joe’s Cafe, RENT, and The Most Happy Fella, all with Theo Ubique. In 2016, he won his second Broadway World Award for Music Direction for his work on Bette: Live at the Continental Baths with the production company Hell in a Handbag. He received his training in piano performance and music at Rhodes College, Northwestern University and The Juilliard School of Music. 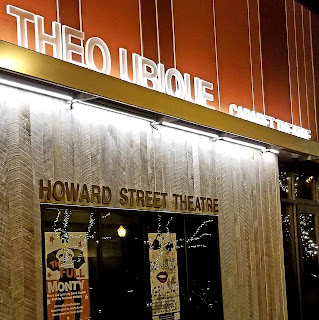 Theo Ubique was founded in 1997 by Artistic Director Fred Anzevino. Productions were first staged at the Heartland Studio Theatre, and from 2004 to May 2018, at No Exit Café, where the company began focusing on musicals and revues, reigniting the cabaret theatre trend in Chicago. The company moved to the Howard Street Theatre, a venue owned and developed for Theo Ubique by the City of Evanston, in fall of 2018. Theo Ubique has produced more than 60 shows and won 64 Jeff Awards, having received 154 nominations. The company also earned three After Dark Awards. www.theo-u.com

Posted by Bonnie Kenaz-Mara at 1:33 PM No comments: