Shows On Our Radar: Ionesco's The Killer at THE TRAP DOOR THEATRE

RECOMMENDED - “The Killer is… emblematic of what Trap Door continues to do so well” - Kerry Reid, Chicago Tribune 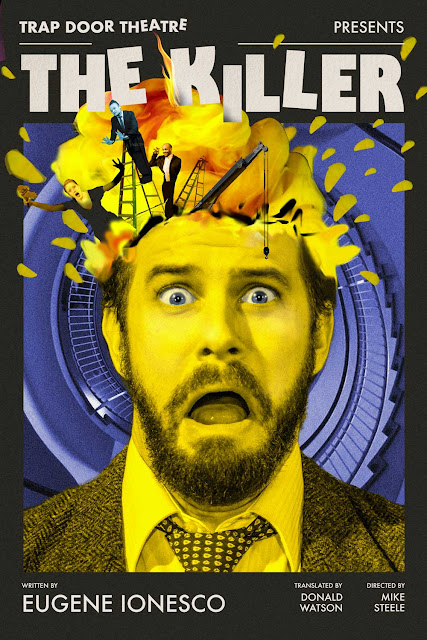 *Now Extended Through July 13th
Due To Popular Demand*

Eugene Ionesco (Playwright) ​was born in 1909 (or in 1912, according to some sources) in Slatina, Romania. His father was Romanian and his mother French-Romanian and he spent his early years both in his native land and in France. During WW2 he moved to France and lived there until his death in 1994. During his long career he published essays, books for children, and a novel, but he is best known as a playwright and one of the major forces, alongside Beckett, Genet and Adamov, behind the Theatre of the Absurd in France. His first play, ​The Bold Soprano (​ 1950) inaugurated a series of short, antilogical anti-plays (​The Lesson ​[1951], ​The Chairs [1952], ​The New Tenant ​[1995]) in which many of his themes, such as the clichés of thought and language, the irrationality of materialist values and the loneliness and isolation of the individual, first appeared. Later, full-length plays, such as ​The Killer ​(1959), Rhinoceros (​ 1960), ​Exit the King ​(1960) and ​Macbett ​(1972) offered somewhat more positive protagonists who hold out against the conformity but lack any rational explanation for their actions. His characters tend to be unthinking automatons unaware of their own mechanical behavior. All of Ionesco’s plays deal with a human situation from which the element of rationality (and of rational language) is absent; more specifically, all Ionesco’s drama is a satire upon a middle class, its speech, its manners, and its morals. Ionesco is a master of partial communication—A speaks, B listens, B then replies as if A has not relayed any information whatsoever. In 1970 Ionesco was elected to the Académie Française.

Mike Steele (Director)​ currently serves as Literary Manager for Trap Door theatre, where he also curates the “Trap Open” Incubator Series. Additionally, he is the former Founding Artistic Director of The Island Theatre (R.I.P.). Directing credits include ​Sad Happy Sucker​ by Lee Kirk (Trap Door Theatre), ​The Fever​ by Wallace Shawn, ​The Glass Inward​, and ​Tourist Trap​ (The Island). Over the past two years Mike has been devising and directing a series of original dance-theatre pieces titled ​The Capillaries​, which have been presented at Links Hall where he was a 2017 “Summer Intensive” resident artist. A frequent performer, Mike has appeared in over 25 professional productions including ​Occidental Express​ (Trap Door Theatre and International Tour), ​The Resistible Rise of Arturo Ui (Trap Door Theatre-Jeff Nomination for Best Ensemble), ​Much Ado About Nothing (​ Alchemical Theatre), ​20,000 Leagues Under the Sea​ (Strawdog Theatre),​ Sight Unseen (​ Adventure Stage), ​No Beast So Fierce​ (Oracle Theatre),​ Skriker​ (Red Tape Theatre), and many more. Mike holds a B.F.A. in Theatre Studies from the Meadows School of the Arts at Southern Methodist University. Mike will be attending UT Austin starting this fall as an MFA Directing candidate

Admission​: $20 on Thursdays and Fridays, $25 on Saturdays, 2 for 1 Admission on Thursdays

What:​ ​A conscientious citizen finds himself in a radiantly beautiful city. There is only one problem in Utopia - it is marred by the presence of an unknown and relentless killer. This dark absurdist comedy is a study of pure evil and an indifferent society that allows it to flourish. 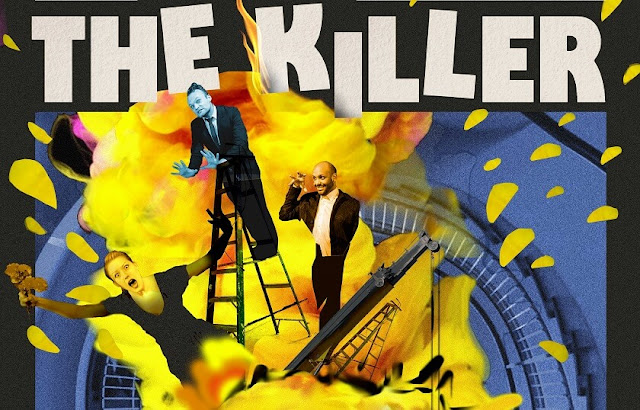 Posted by Bonnie Kenaz-Mara at 7:49 AM No comments: