Pivot Arts is pleased to present the 6th annual PIVOT ARTS FESTIVAL, a celebration of contemporary performances and multi-disciplinary works presented throughout Chicago’s Uptown and Edgewater neighborhoods from June 1 – June 10, 2018. Tickets, ranging from free to $30, are currently available at www.pivotarts.org/festival. Three-show Festival passes are available for $40. 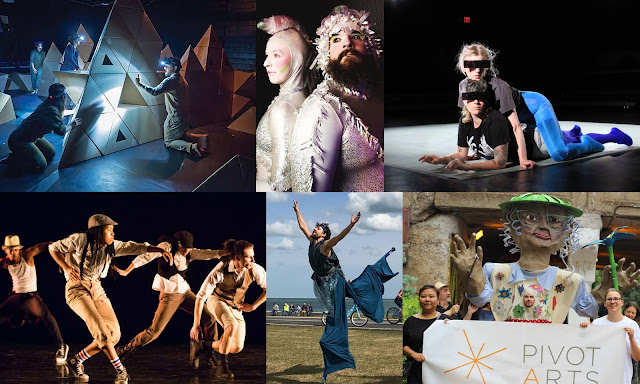 This year, the ten-day Festival features the Chicago premiere of Rude Mechs, a theater collective from Austin, TX, who have performed at major venues across the country – joined by top artistic innovators from Chicago and beyond. Performances include theater, dance, puppetry, multidisciplinary works, site-specific performances, performances for youth, discussions and showings of new works-in-progress from the Pivot Arts Incubator program, which has developed works such as Isaac Gomez’s La Ruta, to be performed at Steppenwolf Theatre next season. 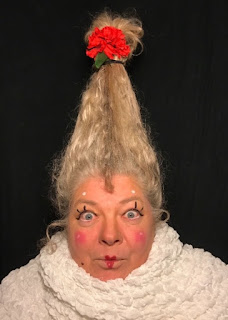 Festival Preview Party
Join Pivot Arts for a sneak peek of this year’s Festival at the Festival Kick-Off Party on Thursday, May 17 at Francesca’s Bryn Mawr, 1039 W. Bryn Mawr in Chicago. Tickets are $45 in advance and $50 at the door and include appetizers, drinks, entertainment, plus a silent auction. Tickets are available at www.pivotarts.org/festival. All proceeds support the festival. 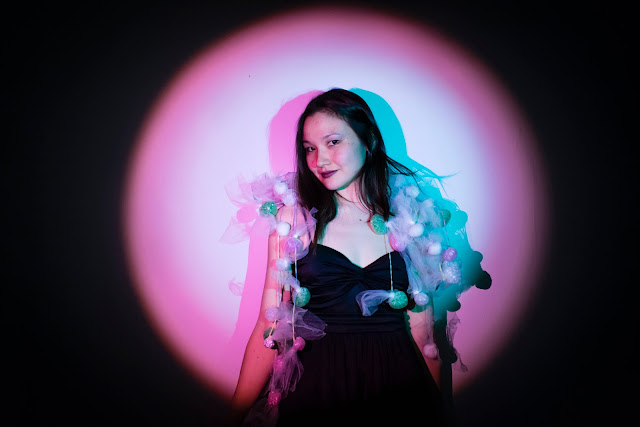 The 2018 Festival kicks off with live music by Nire Nah, a visual art exhibition curated by FLATSstudio, and a series of eclectic pop-up performances including a hip-hop opera by Chicago Fringe Opera with BraveSoul Movement and Cassie Bowers’ one-on-one tarot readings in Arcana Obscura, along with other artists. Dance to a DJ following the performances. The celebration includes food and drinks. 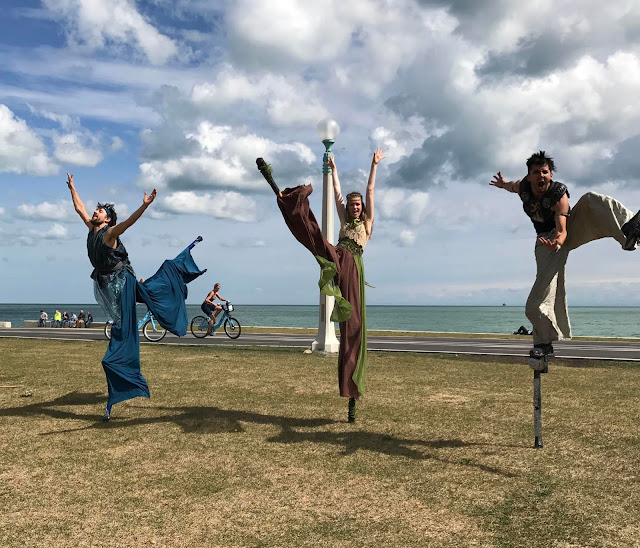 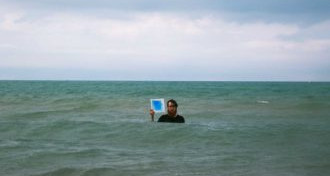 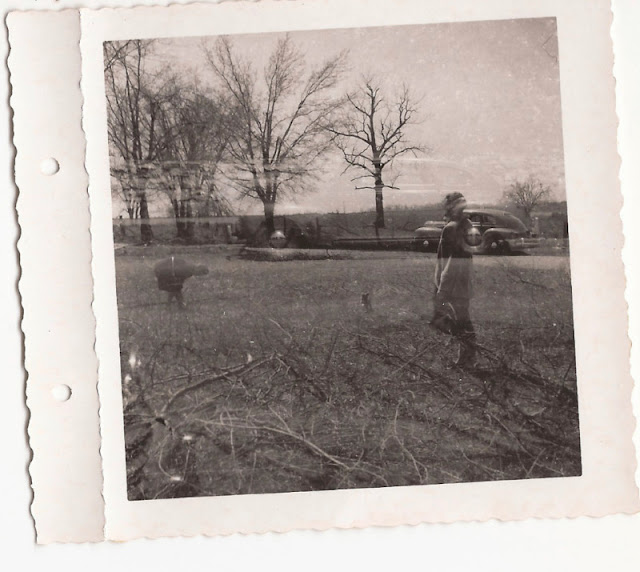 Emmy Bean Presents You’re His Child
Vanessa Valliere opens with The Life and Times of Terry
9 pm, Chicago Filmmakers, 5720 N. Ridge Ave.
Tickets: $20/$15 with student ID ($30 for both You’re His Child and The New Prairie School).

A heartfelt exploration of religion, family and song. Emmy Bean brings the history of her great-grandfather to life through archival recordings of his hymns, joining his voice and her own in live musical performance. Vanessa Valliere opens with The Life and Times of Terry, the tale of one woman’s search for love through clowning, puppetry, drawings, photos and audience participation.

Emmy Bean Presents You’re His Child
Vanessa Valliere opens with The Life and Times of Terry
7 pm, Chicago Filmmakers, 5720 N. Ridge Ave.
Tickets: $20/$15 with student ID ($30 for both You’re His Child and The New Prairie School).
Enjoy a special $15 fixed price menu at The Growling Rabbit (5938 N. Broadway) in between performances.

A heartfelt exploration of religion, family and song. Emmy Bean brings the history of her great-grandfather to life through archival recordings of his hymns, joining his voice and her own in live musical performance. Vanessa Valliere opens with The Life and Times of Terry, the tale of one woman’s search for love through clowning, puppetry, drawings, photos and audience participation. 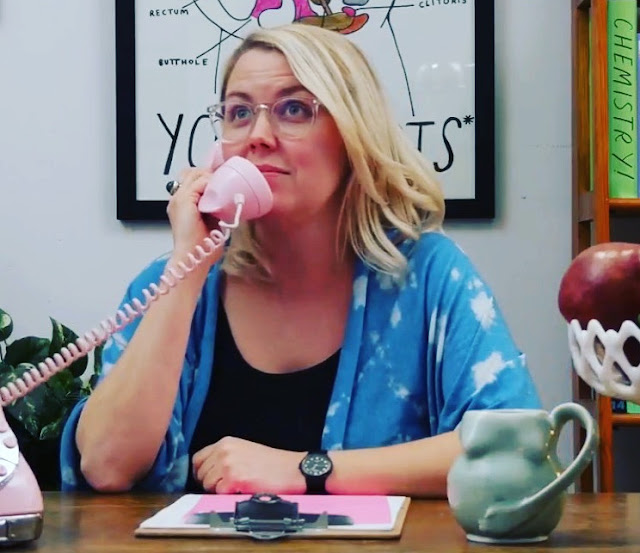 Broad Night kicks off with a showing from This Boat Called My Body, a play from the Illinois Caucus for Adolescent Health about the abortion experiences of youth across the state, and a preview of Katy Collins’ web series The Doula Is In directed by Sarah Fornace and Julia Miller of Manual Cinema. Collins, doula to the internet, will field questions about women’s health. Post-performance discussion includes artists and Melissa Widen, Chair of the Board of Directors at Personal PAC.

Meet Rude Mechs, who arrive from Austin, TX for their Chicago premiere as part of the Pivot Arts Festival. Tanya Palmer, Goodman Theatre’s Director of New Play Development, moderates a discussion co-hosted by Pivot Arts and the Goodman about this nationally-celebrated theater company. Rude Mechs have performed at major venues across the country including Yale Repertory Theatre, Actors Theater of Louisville, Walker Arts Center, Wexner Center and more. 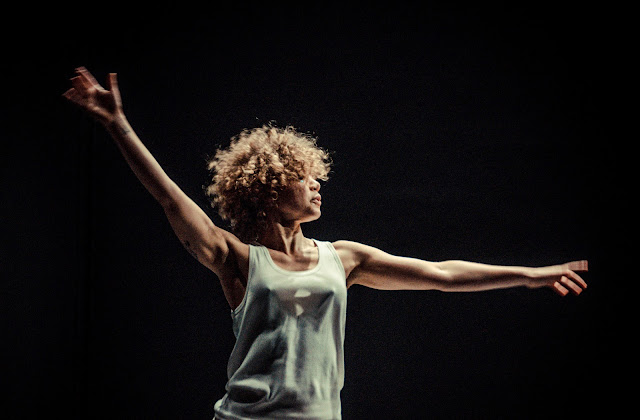 Friday June 8
Rude Mechs Present Not Every Mountain
7:30 pm, The Mundelein Center at Loyola University, 1020 W. Sheridan Rd.
Tickets: $30/$20 with student ID ($35 for both Not Every Mountain and The? Unicorn? Hour?)

The Chicago premiere of nationally-renowned theatre collective Rude Mechs’ debuting their new work Not Every Mountain, reflecting on change, permanence and our place in the natural world. Using pulleys, cranks, magnets and string, Rude Mechs simulate the life cycle of mountains on stage – an invocation of tectonic force and geological time. 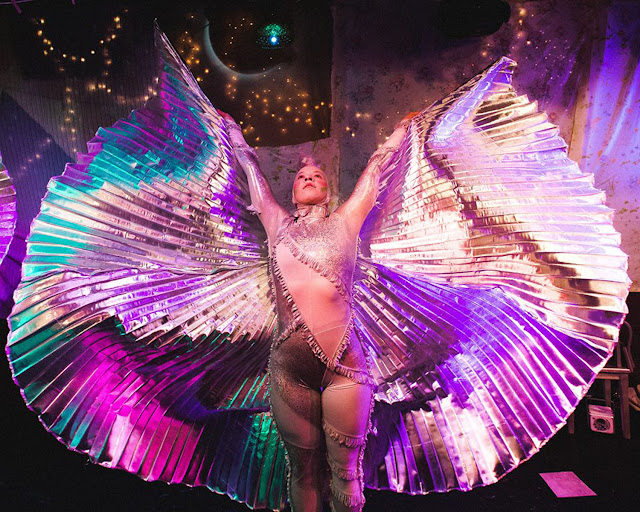 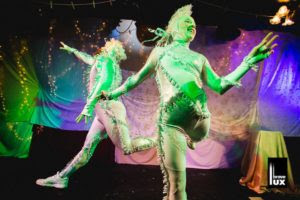 Inspired by childhood favorites Mister Rogers’ Neighborhood and Pee-wee’s Playhouse, The? Unicorn? Hour? is a creative experiment in unrestrained playfulness and joy. Get ready to say “yes” to an unbridled uplifting of the spirit! 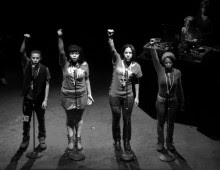 Join Rude Mechs’ playwright, Kirk Lynn, along with Natural Resources Defense Council and Chicago Community Climate Partners in a discussion about art, climate change and environmental activism moderated by Rachel Bronson, President and CEO of the Bulletin of the Atomic Scientists. Then head to Rude Mechs’ Not Every Mountain for the 7:30pm show. Discussion takes place in Loyola’s new LEED certified, sustainable building. 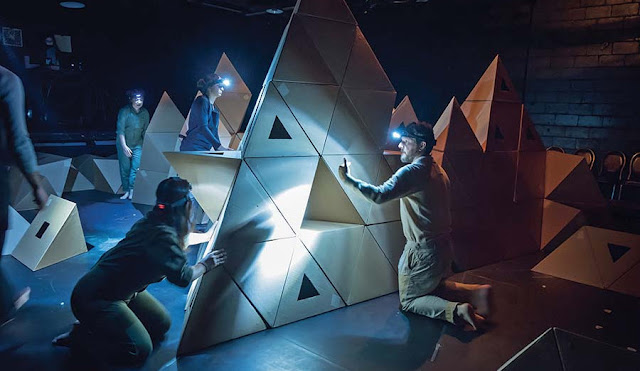 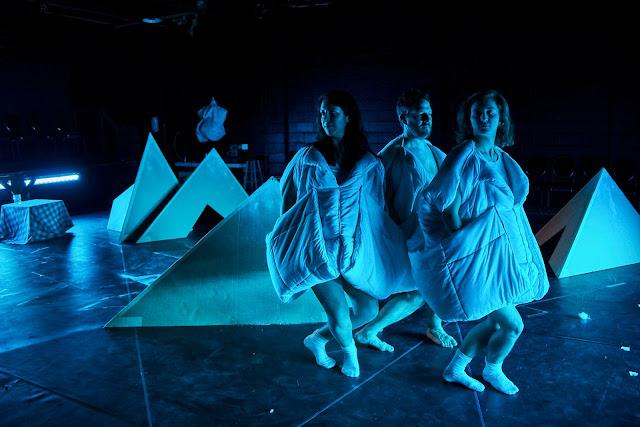 Rude Mechs (pictured) Rude Mechs will make their Chicago premiere with the new work Not Every Mountain. Photo by Bret Brookshire.

The Chicago premiere of nationally-renowned theatre collective Rude Mechs’ debuting their new work Not Every Mountain, reflecting on change, permanence and our place in the natural world. Using pulleys, cranks, magnets and string, Rude Mechs simulate the life cycle of mountains on stage – an invocation of tectonic force and geological time.

Inspired by childhood favorites Mister Rogers’ Neighborhood and Pee-wee’s Playhouse, The? Unicorn? Hour? is a creative experiment in unrestrained playfulness and joy. Get ready to say “yes” to an unbridled uplifting of the spirit! 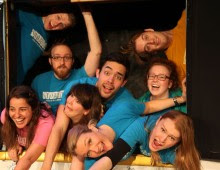 The 6th annual tradition of ice cream (well, custard…) with Storytown Improv! An all ages show where kids design the setting and help shape the story.

Come early and enjoy family fun throughout the afternoon. The old Bethany Lutheran Church will be having its grand re-opening. The partners at Parish House are excited to show you what's to come of this historic building. Come meet the new owners, take a history-meets-future tour of the 50,000 square foot space, and have fun with your neighbors and neighboring businesses. All ages welcome. 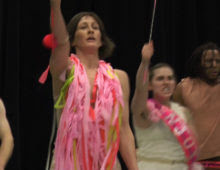 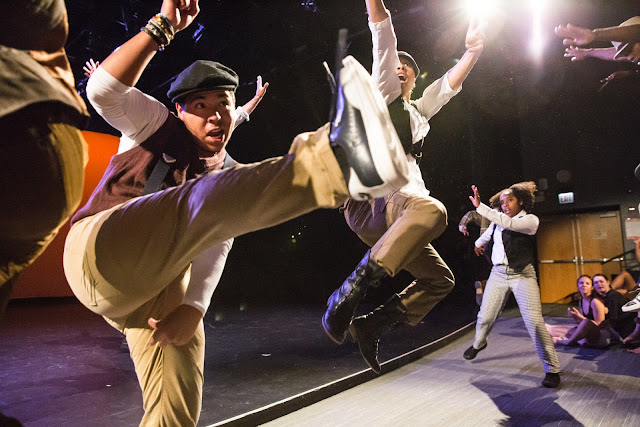 Bravesoul Movement (pictured) BraveSoul Movement will team up with Chicago Fringe Opera for The Rossini Project, transforming The Barber of Seville into a hip hop dance party.


Pivot Arts produces and presents contemporary, multidisciplinary performance. They develop new work and present performances throughout the year culminating in a multi-arts festival. Their vision is that of a vibrant community where unique collaborations between artists, businesses and organizations lead to the support and creation of innovative performance events. For additional information, visit www.pivotarts.org. 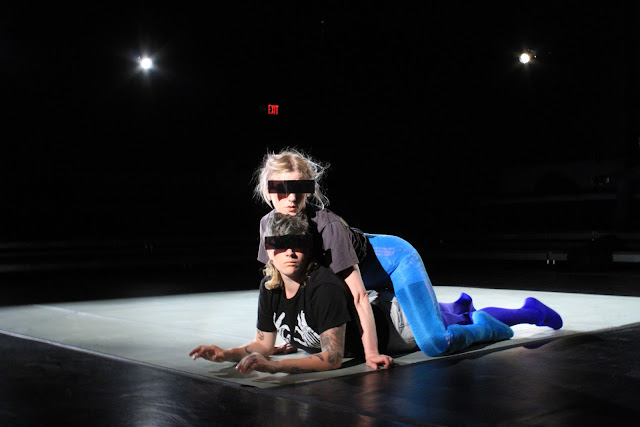 Posted by Bonnie Kenaz-Mara at 7:34 AM No comments: 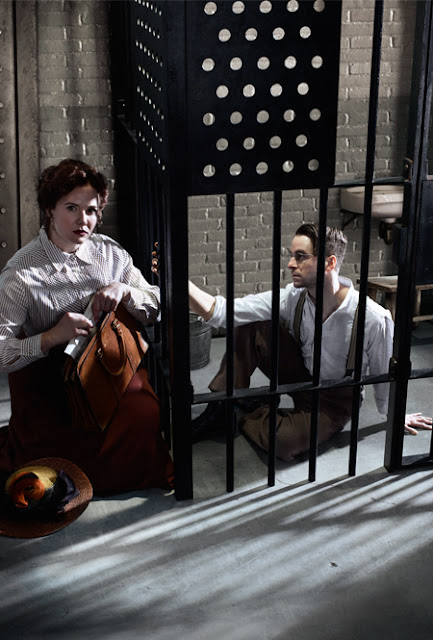 Posted by Bonnie Kenaz-Mara at 8:58 PM No comments: