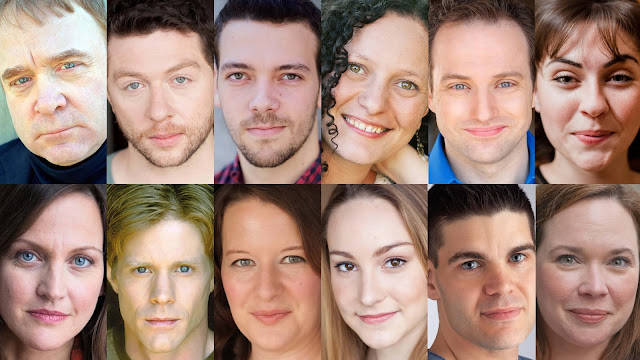 On The Spot Theatre Company was created in 2003 by Mike Brayndick to develop and stage new plays for performance “on the spot” in a variety of venues. In the new play development process, Mike creates a collaborative space in which he works with actors to allow characters and stories to evolve out of a few initial scripted scenes or the exploration of a germ idea. Each week he brings in more scenes for the actors to play with as the script grows into a whole. Discussion of the play continues as it goes through multiple readings in the workshop from one draft to the next. On The Spot intends to continue to expand the ensemble and develop new plays in the evolving method outlined above. For additional information, visit onthespottheatrecompany.weebly.com.
Posted by Bonnie Kenaz-Mara at 4:11 PM No comments: