“It has been so thrilling to see the positive response to LookOut this summer. Ensemble members Laurie Metcalf, Jeff Perry and Jon Michael Hill showed up to christen the space with their performances, along with partners ranging from The Second City to Salonathon. These artists created an amazing spark of energy in the new building that continues to reverberate throughout the entire theater,” shares Artistic Director Anna D. Shapiro.

“With the DJs and the great food and drinks in Front Bar as a bookend to shows, we welcomed long-time patrons and brand new audience members as well. We plan to bring even more diverse artists and genres to this fun and innovative series year-round,” says LookOut Producer John Zinn. 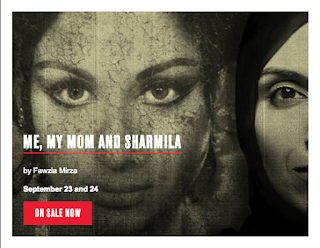 Me, My Mom and Sharmila
Written and Performed by Fawzia Mirza
Friday, September 23 & Saturday, September 24
8pm
$15
A hilarious coming-of-age story told by a first generation American woman of color. At some point, we all realize we are not exactly the person our parents expected us to become. How do we find our own voice and embrace our personal identity in the face of societal and familial pressures? Told with humor and deep insight, dynamic writer-performer Fawzia Mirza shares a journey of self-discovery and strength that carries her all the way from childhood as a Pakistani Muslim in small-town Canada to living out as an actress in the heart of Chicago. fawziamirza.com 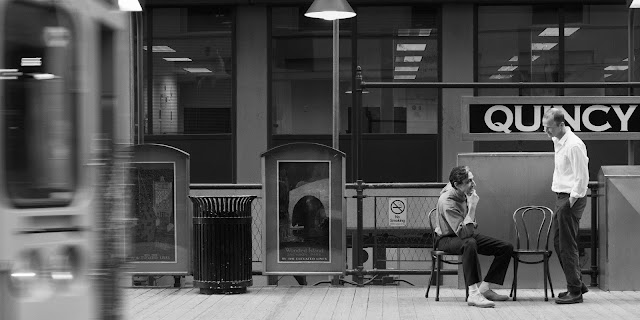 TJ and Dave
Saturday, October 1
8pm
$10
TJ and Dave walk out on stage without characters, dialogue or plot. Described by The New York Times as “Second City-seasoned masters of long form improv,” TJ Jagodowski and David Pasquesi have become living legends in their field. 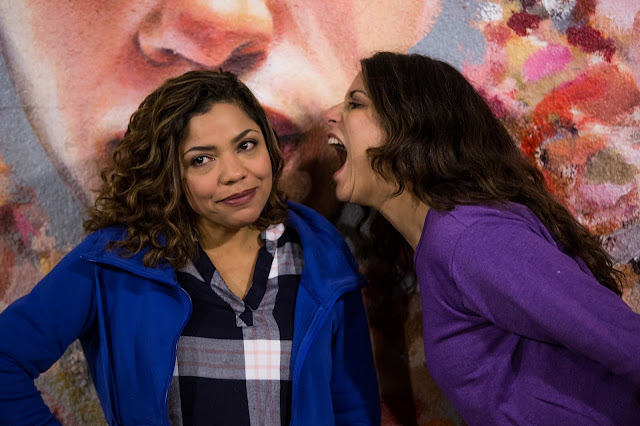 Tumbao
By Jo Cattell, Lorena Diaz and Wendy Mateo
Featuring Dominizuelan
Monday, October 3 and Monday, October 10
8pm
$15
For two nights this fall, Steppenwolf’s 1700 theatre is transformed into Tumbao, a family bar and the best place for a salsa night, baptism, séance or wedding reception. Unbeknownst to the owners, the community has decided to make the Tumbao family the basis for a radionovela, broadcast from the bar itself. By transmitting to the rest of the world what happens within Tumbao’s walls they hope to share the infectious energy of the family to keep the community thriving through its desperate fight against gentrification. dominizuelan.com.

The Claudettes
Wednesday, October 5
8pm
$12
The Claudettes fuse Windy City piano blues with the full-throttle energy of rockabilly and punk, jazz-age echoes of burlesque and vaudeville and the sultriness of ’60s pop-soul to write a thrilling new chapter in American roots music. File under: post-burlesque? Neo-vaudeville? Cosmic cartoon music? You’ve never seen a bar band like this. theclaudettes.com/

A Tribute to The Smiths & Morrissey by The Handsome Devilz
Saturday, October 15
8pm
$10
Formed in 2008, The Handsome Devilz got their start playing in their aunt’s restaurant in Pilsen before going on to become a Midwest regional favorite. Their goal: to bring to life the sounds of The Smiths and Morrissey. As time passes, The Devilz strive to resurrect as many songs as possible from their catalogs for all to enjoy. thehandsomedevilz.com 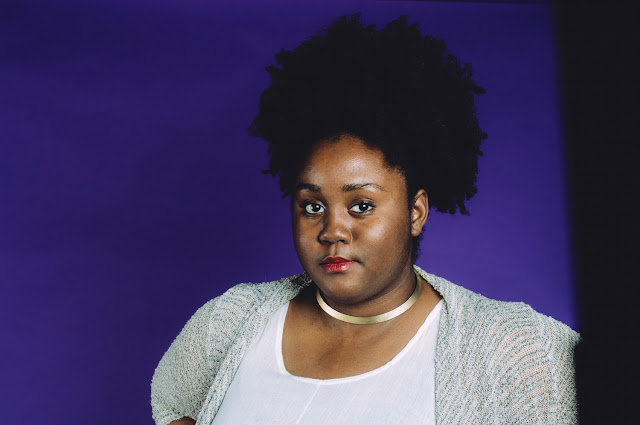 Akenya in Concert
Friday, October 21
8pm
$15
Akenya is young multi-genre singer, pianist, composer and arranger whose music places a strong emphasis on jazz and the culmination of hip-hop, funk, pop, classical, and world music. Her voice, style and sound—both poignant and riveting—is sure to make this intimate evening a transformative experience for audience members. For this one night engagement, Akenya will perform a slew of original works and arrangements with her five piece band. akenyamusic.com

WildClaw Theatre’s Deathscribe: An Evening of Radio Horror
Saturday, October 22
8:30pm
$25
WildClaw Theatre has culled from eight years of Deathscribe to select their top five favorite tales of terror from their annual festival of radio horror. Dare to join them as they bring the nightmares to LookOut for an evening of the Best of Deathscribe: Performed with live foley, live music and a cast of Chicago talent. wildclawtheatre.com/deathscribe

Torch, Sass and Swing!
Created and Performed by Suzanne Petri
With Bobby Schiff, Jim Cox and ensemble member Robert Breuler
Wednesday, October 26-Friday, October 28
8pm
$20
Torch songs, smoky clubs and great music. Join Suzanne Petri as she sings fantastic songs and ensemble member Robert Breuler as he tells stories and guides you up "the street" to the classic clubs of Chicago and the artists who played them: Ella, Sarah, Barbra, Sophie, Bette Midler, Oscar Brown Jr., Nat "King" Cole and of course Petri’s special tribute to the one and only Julie Wilson. With musical director Bobby Schiff at the keys and Jim Cox on bass. 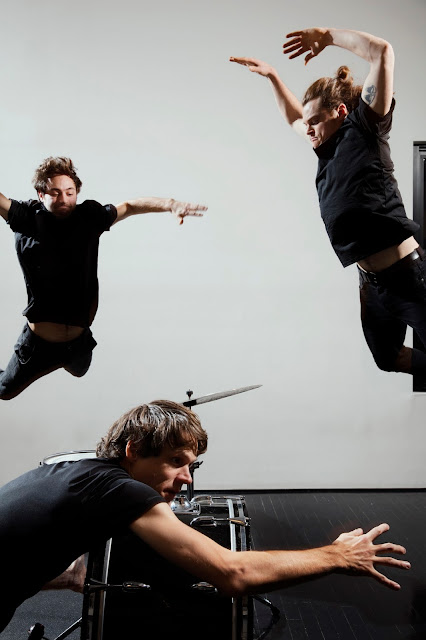 Repercussion
Created by BOOMERANG
Saturday, October 29 at 8pm
Sunday, October 30 at 4pm
$20
BOOMERANG, hailed as the “punk Mozarts of dance,” presents a percussively visceral and psychologically dynamic new work made in collaboration with Greg Saunier, drummer and founding member of the internationally acclaimed band Deerhoof. Repercussion combines the daring and vulnerable artistry of dancers Matty Davis and Adrian Galvin with poetically nuanced choreography by Kora Radella. Saunier’s physically-charged, expressive percussion sets the tone and further embodies the work’s fearlessly physical exploration of “active forgetting,” based on new writing by MacArthur Fellow and cultural critic Lewis Hyde. Repercussion was originally commissioned by Dixon Place for a March 2016 premiere in New York City, and subsequently premiered in Paris, France at The Arts Arena at the invitation of Robert Wilson. boomerangdance.com

Charlie Strater and Friends
Thursday, November 3
8pm
$5
Charlie Strater honed his songwriting and performing skills like many other artists, by playing countless restaurant and tavern gigs. After releasing his critically acclaimed debut recording, Bluesy Stuff, he quickly earned a name for himself as a powerhouse performer with skilled blues-guitar chops and a vocal intensity and passion. His second album Thornhill Road, continued to define him as a uniquely modern singer/songwriter and guitarist. His third album Charlie Strater combined country and rock in an album that Copeland Music says, “hits the emotional bull’s eye in each song.” Acoustic duo, The PhilBillies, open. reverbnation.com/charliestrater 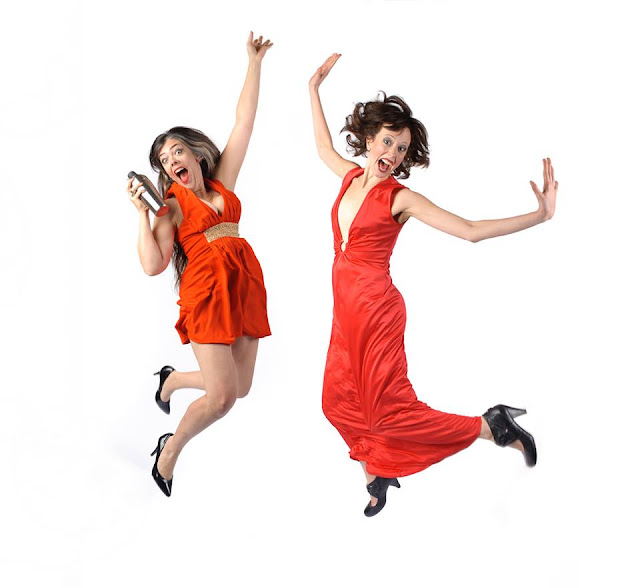 Looking for Love
Live Dating Game Show and Cabaret
Saturday, November 5
8pm
$12
Looking for Love is the only live dating game show and cabaret in the Universe (according to Looking for Love). Hosted by Carolyn Hoerdemann and Maggie Graham; the Dean and Jerry of the new Millennium—with cleavage. Featuring house band Tuffy Roads, comedy cahoots, dating advice and a chance to find the bachelor/bachelorette of your dreams.

Methtacular! is Steven Strafford's award-winning one-man show telling the true story of his three years as a sex-addled, crystal meth addict on the streets of Chicago. He weaves jokes, stories, original songs, a game show and documentary footage of interviews with his mom to bring the audience down into the depths of a life in pursuit of the next high. A brave, hilarious and insightful journey through the maelstrom of addiction and recovery, the narrative is riveting and transitions from tear-jerking to gut-busting while never resorting to cloying clichés. methtacular.com

Podcasts are the new art form for this century as they encompass the qualities of art, comedy, drama, entertainment, storytelling and unscripted theatre. Jonathan Pitts, executive director of Chicago Improv Productions and the co-founder/producer of the highly successful Chicago Improv Festival has teamed up with WBEZ's & The Moth's Tyler Greene, to produce the first annual Chicago Podcast Festival. The focus of this festival is to present a diverse collection of local, regional and national podcasters in live performances of their podcasts at some of Chicago's most renowned theatre venues. Join the fun as Chicago transforms into a podcast Mecca for one weekend in the fall.

LookOut programming is presented year-round and announced on an ongoing basis. John Zinn, Greta Honold and Patrick Zakem are the producers for LookOut. For more information, visit steppenwolf.org/lookout.

The 1700 Theatre
The new 80-seat theater is a casual, intimate and flexible space at 1700 N Halsted St presenting a wide variety of genres and shows, from live music to dance to spoken word and beyond. The diverse programming provides current and new audience members with a variety of multidisciplinary cultural experiences with the added Steppenwolf stamp of approval.

Front Bar: Coffee and Drinks
Located in front of the 1700 Theatre is Steppenwolf’s café & bar, Front Bar: Coffee and Drinks. Open daily from 7am to midnight, Front Bar is a creative space to grab a drink, have a bite, or meet up with friends and collaborators, day or night. A morning and evening menu is curated by Chef Chris Pandel, and artisanal coffee and expresso is provided by La Colombe. Functioning as a stand-alone entity, the café & bar also connects to Steppenwolf’s existing main building creating an expanded lobby space. Front Bar was developed with consultation from Steppenwolf’s friends and neighbors, Boka Restaurant Group (BRG), along with interior designers Karen Herold and Kayce Carter of Studio K and the marketing and design firm Grip. More info at front-bar.com.

Membership options
With the larger and more diverse selection of programming this season, Steppenwolf has increased the ways in which audiences can access the offerings. The new Steppenwolf Black Card offers extreme flexibility with six ticket credits that can be used any time for any production at Steppenwolf. The credits are valid for one year, and there is the option to add on additional credits as needed. Additional membership perks include easy and free exchanges, access to seats before the general public, savings on single ticket prices and bar and restaurant discounts for pre- and post-show socializing. The Steppenwolf Black Card is modeled after the popular Steppenwolf Red Card, which offers audiences under the age of 30 the option to purchase six ticket credits at a discounted price to use towards any play, anytime. Still available are Season Subscription packages, including student, educator and access discount subscriptions.
To purchase a 2016/17 Subscription or Membership, visit Audience Services at 1650 N Halsted St, call 312-335-1650 or visit steppenwolf.org.

Steppenwolf Theatre Company is America’s longest standing, most distinguished ensemble theater, producing nearly 700 performances and events annually in its three Chicago theaterspaces—the 515-seat Downstairs Theatre, the 299-seat Upstairs Theatre and the 80-seat 1700 Theatre. Formed in 1976 by a collective of actors, Steppenwolf has grown into an ensemble of 46 actors, writers and directors. Artistic programming includes a seven-play Season; a two-play Steppenwolf for Young Adults season; Visiting Company engagements; and LookOut, a multidisciplinary, year-round performance series. While firmly grounded in the Chicago community, nearly 40 original Steppenwolf productions have enjoyed success both nationally and internationally, including Broadway, Off-Broadway, London, Sydney, Galway and Dublin. Steppenwolf has the distinction of being the only theater to receive the National Medal of Arts, in addition to numerous other prestigious honors including an Illinois Arts Legend Award and 12 Tony Awards. Anna D. Shapiro is the Artistic Director and David Schmitz is the Managing Director. Nora Daley is Chair of Steppenwolf’s Board of Trustees. For additional information, visit www.steppenwolf.org, facebook.com/steppenwolftheatre and twitter.com/steppenwolfthtr.

Posted by Bonnie Kenaz-Mara at 3:58 PM No comments: