JACK OFF THE BEANSTALK Via PrideArts November 28 Through December 18, 2022

PrideArts’ JACK OFF THE BEANSTALK 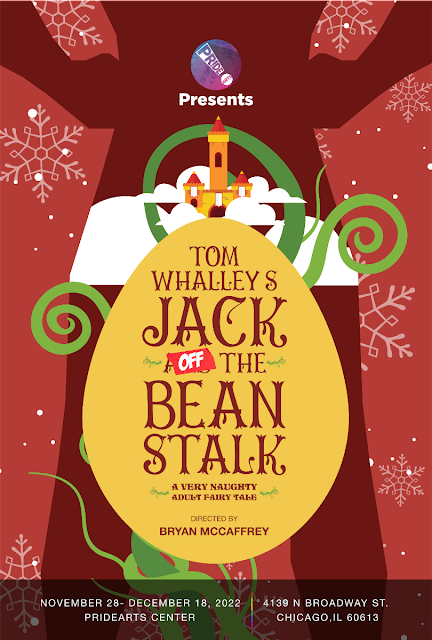 To borrow the catchphrase from the Monty Python TV series, PrideArts will next present “something completely different” for the holidays by bringing the British theatrical genre of panto to Chicago. Panto (short for pantomime, but not to be confused with mime), is a tradition with roots going back to Commedia Dell’Arte, and is a loud, fun, enjoyable musical comedy theatre production that takes well-loved children’s tales and turns them into a show full of giggles for kids along with subtle adult-minded jokes. PrideArts’ holiday show, though, will be the US Premiere of a very adult holiday panto that premiered in London in 2013 and has enjoyed multiple productions around the UK since then. 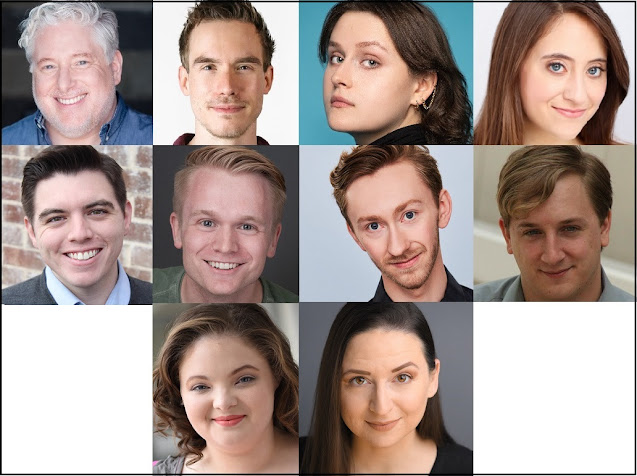 JACK OFF THE BEANSTALK was written by Tom Whalley, arguably the leading panto artist of Great Britain. While Whalley has written for general, all-family audiences, he has additionally created several pantos, like this one, that are strictly for adults. PrideArts’ production will be a full-scale musical, with popular songs performed live by the cast, a four-piece band, and lively choreography. The show is recommended for ages 18 +. Press opening is Thursday, December 1 at 7:30 pm, following previews November 28-30. The production will play through December 18, 2022, at the Pride Arts Center, 4139 N. Broadway, Chicago.

Whalley’s take on the traditional fairy tale of the boy who steals magic beans from a giant atop a huge beanstalk adds several characters - Princess Jill, who is a love interest for Jack and is kidnapped by the giant and his evil henchman Fleshlight. An ally for Jack Clapp and his mother Dame Clapp is Fairy Flick Bean. Though British in origin, JACK OFF THE BEANSTALK will include many local references and inside jokes, as is also part of the panto tradition. Songs, performed live by the cast and backed up by a four-piece band, will include favorites by such American artists as Kelly Clarkson and Whitney Houston. With audience participation involving call and response reactions, and with alcoholic drinks (available in the lobby for a donation) allowed inside the theater, the audience experience will be as much a party as attending a live performance. 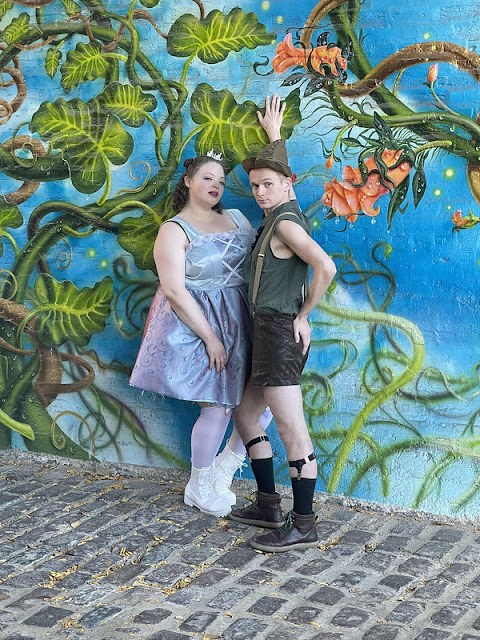 JACK OFF THE BEANSTALK will be directed by Bryan McCaffrey, whose credits include stage and musical direction for PARADE, GUYS AND DOLLS, and SOMETHING ROTTEN for Theatre Nebula; PASSING STRANGE for Porchlight Music Theatre, and A CHRISTMAS KAROL: A HOLIDAY INTERVENTION for PrideArts in 2021. Music direction is by Anna Wegener, whose recent credits include PARADE and GUYS AND DOLLS (Theatre Nebula), QUEER EYE: THE MUSICAL PARODY (The Second City), and NOTES AND LETTERS (Underscore Theater). The choreographer is Ariana Cappuccitti, who recently choreographed SPONGEBOB: THE MUSICAL, CHICAGO, CATCH ME IF YOU CAN, and BIG FISH in the Chicago suburbs and has performed in WONDERFUL TOWN (Goodman Theatre), FUNNY THING… FORUM (Porchlight Music Theatre), MAMMA MIA (Music Theatre Works) and SOMETHING ROTTEN (Theatre Nebula).

The cast who will deliver the outrageous humor, raunchy puns, and sexual innuendo of Whalley’s creation includes Joe Lewis, seen in PrideArts’ GIRLFRIEND and in 2021’s CHRISTMAS KAROL: A HOLIDAY INTERVENTION CABARET, as Jack. His love interest, the Princess Jill, will be played by Anna Seibert (of SHOUT! at Metropolis Art Center). Eustace Allen, whose credits include MODIGLIANI, and NIGHT OF THE IGUANA for The Artistic Home; and INTIMATE APPAREL and AFTER THE FALL for Eclipse Theatre, will be Jack’s mother, Dame Clapp. Neill Kelly (of Theatre Nebula’s PARADE) is Fleshlight and will also understudy Dame Clapp. Hannah Eisendrath will be Fairy Flick Bean, and Tyler Callahan is Fist the Cow. Additional understudies are Sam Martin (Jack), Lisa Fiori (Jill), Peter Moeller (Fleshlight, Fist), and Sara Torre (Fairy Flick Bean).

Bryan McCaffrey (Director) in 2022 has directed productions of PARADE and GUYS AND DOLLS for Theatre Nebula. He has also served as Music Director for Theatre Nebula’s production of SOMETHING ROTTEN, for Porchlight Music Theatre’s PASSING STRANGE and for PrideArts’ A CHRISTMAS KAROL: A HOLIDAY INTERVENTION.

Tom Whalley (Writer) trained at Associated Studios, London graduating with a Diploma in Musical Theatre and studied Drama & Scriptwriting at Northumbria University, Newcastle, United Kingdom. Tom has made a name for himself as a performer and writer working with a number of theatre companies, directors and creatives in London and elsewhere in the UK. Following an appearance on BBC Three’s reality series Shoplife, Tom has since starred in a number of off West End productions and UK Tours (Dick Whittington eat your heart out!). Passionate about Pantomime, Tom starred in his first panto as an ‘Ugly Stepsister’ while still at school and has gone on to start his own business writing and licensing pantomime scripts for theatre companies across the globe: www.tomwhalleypantomimes.com

Jay Españo (PrideArts Artistic Director). Born in Manila, The Philippines, he joined the prestigious Tanghalang Pilipino’s Actors Company in 1998, where he trained with acclaimed Filipino director Nonon Padilla. He acted in several commercials, television series and films. Notably, he was a regular cast member of Koko KwikKwak - a spin-off of Batibot (Philippine SESAME STREET). He toured The Philippines with that show’s mascots, performing for kids throughout the country. In 2000, Jay was one of many Filipino actors who were cast in the Action Theater Singapore’s hit musical CHANG AND ENG, which toured Asia for several years.

Since joining PrideArts as Artistic Director in 2021, Jay has directed THE THINGS I NEVER COULD TELL STEVEN, 4000 DAYS, CHRISTMAS KAROL: A HOLIDAY INTERVENTION, TOMMY ON TOP, and GIRLFRIEND.  Elsewhere in the Chicago area, Jay has worked with storefront theater companies such as Silk Road Rising, Prologue, Ghostlight, Halcyon, and PrideArts. He has played the role of the King in Rodgers and Hammerstein’s THE KING AND I with various theater companies in the US and in Canada.

PrideArts tells queer stories on a variety of platforms, including both live and virtual performances. Since its founding in 2010, PrideArts has had several chapters, including operating as an itinerant theater for their first six seasons, and as the developer and primary tenant in the Pride Arts Center since 2016.

The company produces full seasons of plays and musicals, as well as events including cabaret, and more. The company has earned 39 Jeff Awards and nominations, and six nominations in the most recent (2019) ALTA Awards from the Alliance of Latinx Theater Artists of Chicago. Programming has reflected the diversity of queer communities by including work made by and illuminating the experiences of women, gay men, transgender people, and BIPOC.

Posted by Bonnie Kenaz-Mara at 4:30 PM No comments: