Created and Performed by Jessica Sherr, the 5-Star Reviewed Show Portraying Legend Davis at the 1939 Academy Awards Has Delighted Audiences All Across the U.S.A. and the United Kingdom 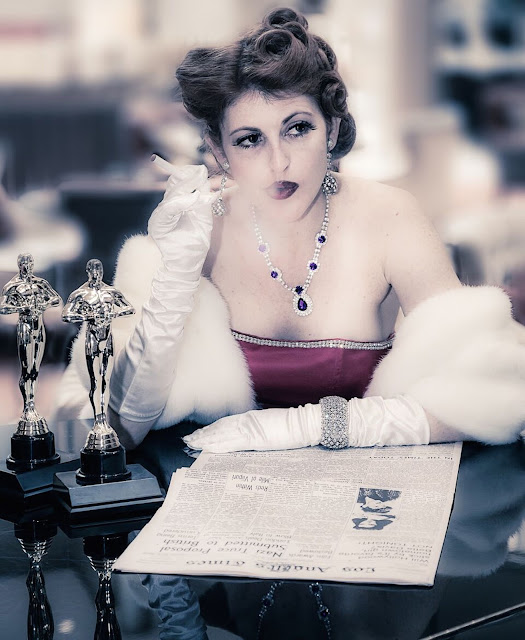 This Thursday, we'll be ChiILin' in Chi, IL at the opening night of Jessica Sherr's one-woman show, Bette Davis Ain’t for Sissies, at The Athenaeum Theatre. We're looking forward to catching this acclaimed personification of a still beloved Hollywood icon. Check back soon for our full review.

Jessica Sherr is proud to announce the limited Chicago engagement of her smash hit one-woman show Bette Davis Ain’t for Sissies, June 15 – July 2, at the Athenaeum Theatre, 2936 N. Southport Ave. Created and performed by Sherr, the 5-star reviewed show has performed in Edinburgh, Scotland, had a run at The St. James London, a sold-out off-Broadway run at 59E59 Theaters and toured performing arts centers throughout the United States. Opening night is Thursday, June 15 at 7:30 p.m. Performances are Thursdays – Saturdays at 7:30 p.m. with matinees Saturdays and Sundays at 2 p.m. Tickets are $24 - $34 and available at AthenaeumTheatre.org. For more information on the production go to BetteDavisAintForSissies.com. 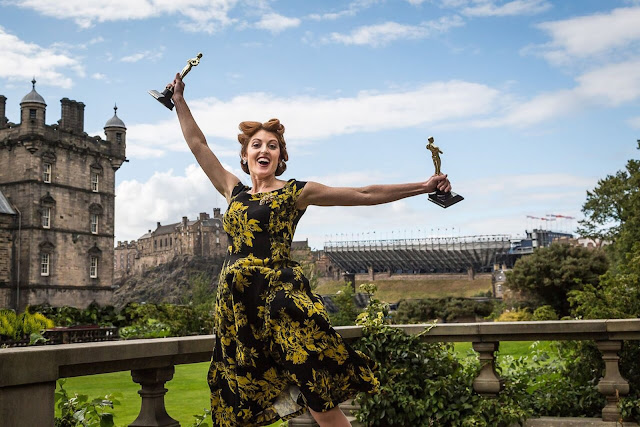 It’s the 1939 Academy Awards and the Los Angeles Times have leaked the winners early:  Bette Davis will lose to Vivien Leigh. With newspaper in hand, Davis decides to leave the awards ceremony early. Once at home, Davis, disillusioned and frustrated; now grapples with memories of past lovers, confidants and mentors. She experiences what happens when someone who always wins…loses.  Bette Davis Ain’t for Sissies offers audiences a rare insight into the mind of one of Hollywood’s greatest stars.  With humor and unabashed frankness Sherr journeys into Bette Davis’ battle to win freedom from the grip and control of the Hollywood studio moguls, studio executives, and her mother Ruthie in a “dynamic performance” that is “mesmerizing to watch” (Edinburgh Guide) and “worthy of an Oscar” (Mumble Theater). “The magnificently witty” (The List) and “tour de force” (Quotidian Times) performer and creator Sherr introduces audiences to a previously unseen side of Hollywood’s Bette Davis: one that is vulnerable, insecure and imprisoned by ambition. 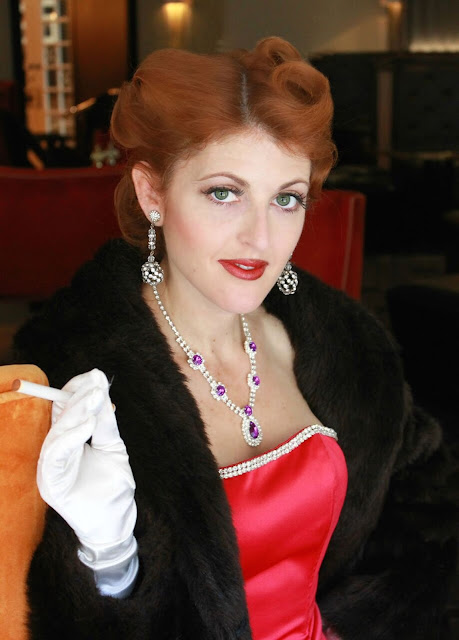 ABOUT JESSICA SHERR, Creator and Performer
Sherr grew up in El Cajon, California and has long been called a creative.  At age 3, she found herself tap dancing to “Frosty the Snowman” and by age 5 she was choreographing dance pieces to Mickey Mouse’s “Splash Dance.” Sherr’s theatre credits include Almost, Maine and As Bees in Honey Drown and The Great Gatsby at Hudson Theatre Ensemble and The Blue Room directed by Carl Ford. Her film and television credits include Columbia Pictures’ Annie starring Jamie Foxx, HBO’s Flight of the Conchords, Netflix’s Team Toon as Miss Faltine, and Rock Dove (Winner at Flagstaff and Washington Gorge Film Festivals.) Her short film Great Expectations won Best Short Comedy at The Brightside Film Festival and is nominated for Best Ensemble Cast at "Hang Onto Your Shorts" film festival in Asbury Park. She holds a BA in English and Dramatic Arts. 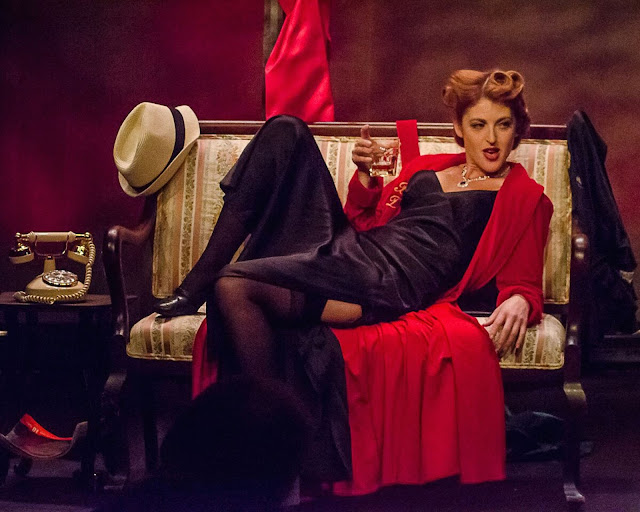 Posted by Bonnie Kenaz-Mara at 3:11 PM No comments: