FREE STAGED READINGS OF THE FLOWER AND THE FURY VIA ARTEMISIA THEATRE, JULY 14-17 AT FILAMENT THEATRE

ARTEMISIA THEATRE SWITCHES TO THE FLOWER AND THE FURY FOR FREE STAGED READINGS, JULY 14-17 AT FILAMENT THEATRE

The fight for women’s rights is ON, and Chicago’s Artemisia Theatre is going on offense. 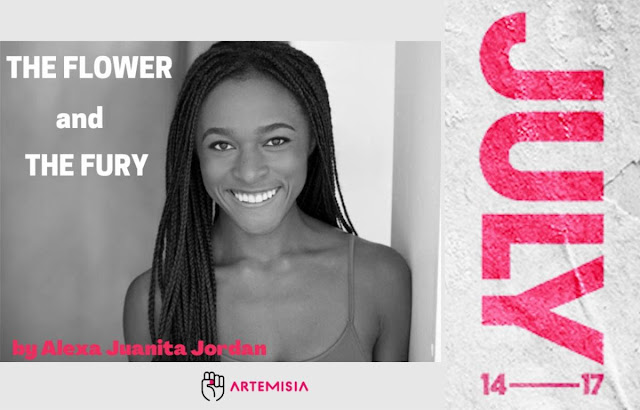 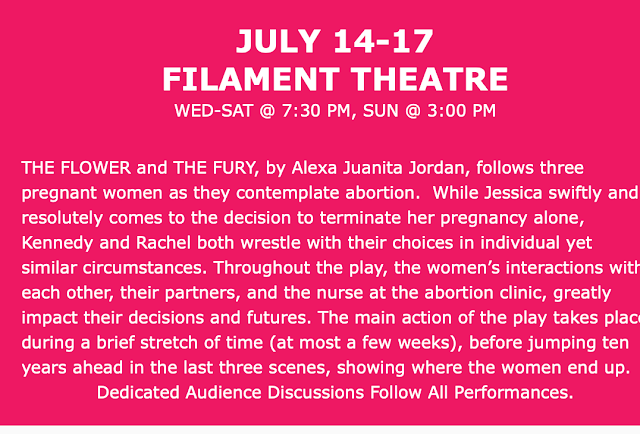 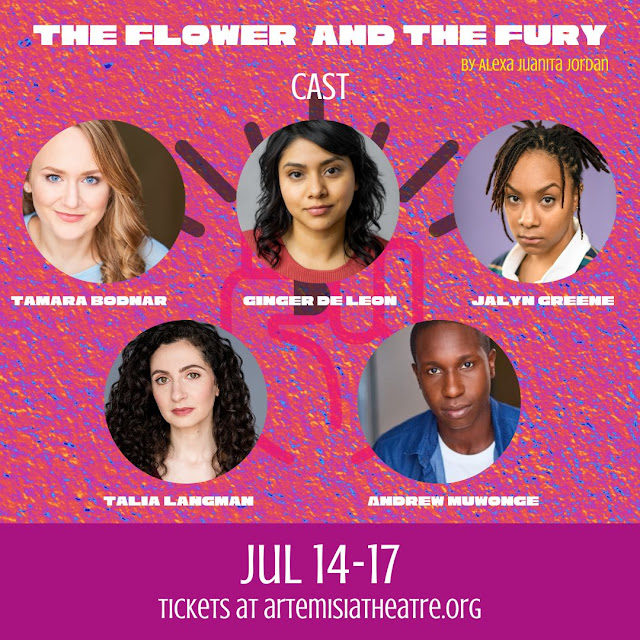 The Flower and The Fury by Alexa Juanita Jordan, directed by Artemisia founder and artistic director Julie Proudfoot, has been substituted for the previously announced Roe v US.

Jordan is an award-winning New York playwright making her Artemisia debut with The Flower and The Fury. She is a fiercely feminist writer with a provocative new work that follows three pregnant women as they contemplate abortion. 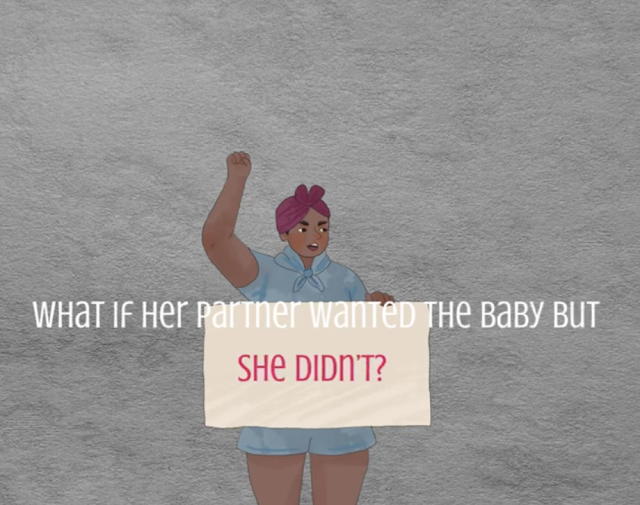 While Jessica swiftly and resolutely comes to the decision to terminate her pregnancy alone, Kennedy and Rachel both wrestle with their choices in individual yet similar circumstances. Throughout the play, the women’s interactions with each other, their partners, and the nurse at the abortion clinic, greatly impact their decisions and futures. The main action takes place during a brief stretch of time, at most a few weeks, before jumping 10 years ahead in the last three scenes, showing where the women end up.

Reading times are 7:30 p.m., Thursday, Friday and Saturday, July 14-16, and 3 p.m. on Sunday, July 17. Each reading will be followed by a dedicated talkback to inspire compassion and social justice for women. Jordan, the playwright, will be in Chicago to lead the talkbacks on Thursday, July 14, and Sunday, July 17. Admission is free (excluding a $1.50 processing fee.) Reserve now at artemisiatheatre.org. 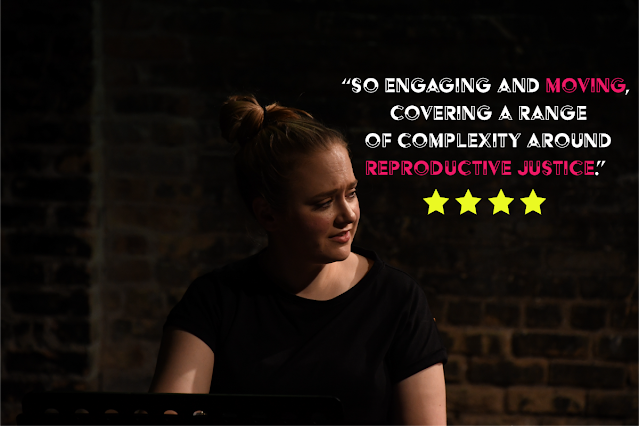 Filament Theatre is located at 4041 N. Milwaukee Ave. in Chicago’s Portage Park neighborhood, on the first floor of the Portage Arts Lofts building.

Filament is accessible via the Irving Park exit on 90/94. Turn west on Irving Park Ave. and at the six corners turn slight right onto Milwaukee Ave. Filament is on the right across from the Portage Theatre.

Public transit: Take the Blue Line to Irving Park and transfer to the Irving Park Bus (#80) headed west. Get off at Cicero and Milwaukee. A Divvy station is also located across the street from Filament on West Cuyler Ave. For more information, including local dining options, go to filamenttheatre.org/plan-your-visit.

The Flower and The Fury: Meet the playwright 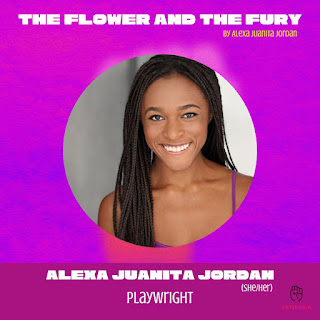 Alexa Juanita Jordan is a playwright and actor based in New York City. She received her B.A. in Drama at Vassar College, and a Classical Acting Diploma at the London Academy of Performing Arts (LAMDA.) Her newest work, The Flower and The Fury, was recently named a semifinalist (35 out of 655 submissions) in the Premiere Stages Play Festival this past spring. A monologue from the play will also appear in Smith and Kraus’ “Best Women’s Monologues 2022” later this year. 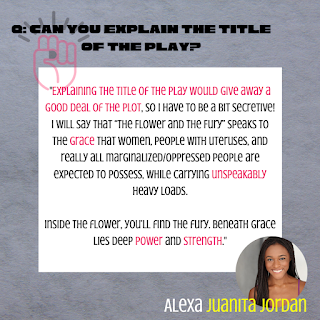 Jordan has written multiple full length and one-act plays about mental health, the grey area of the #metoo movement, reproductive justice, and the COVID-19 pandemic. She was awarded the Marilyn Swartz Six Playwriting Award in 2017 for her first play, Fine, at Vassar College. She then went on to receive her first New York Times review in 2018 for her performance in There’s Blood at the Wedding at La MaMa Experimental Theater Club. 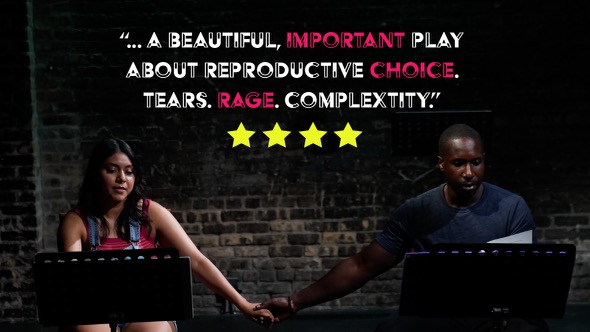 In addition to writing and acting, Jordan serves as the executive director of the Juanita James Memorial Scholarship Foundation (JJMSF), in memory of her late grandmother. JJMSF provides mentoring and financial support to college-bound students from the Bronx housing projects. She is also on the board at CultureHub, a global art and technology community born out of decades of collaborating between La MaMa and The Seoul Institute of the Arts. For more, visit alexajuanitajordan.com. 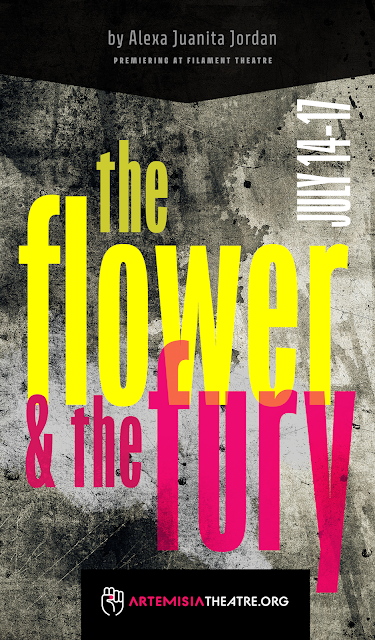 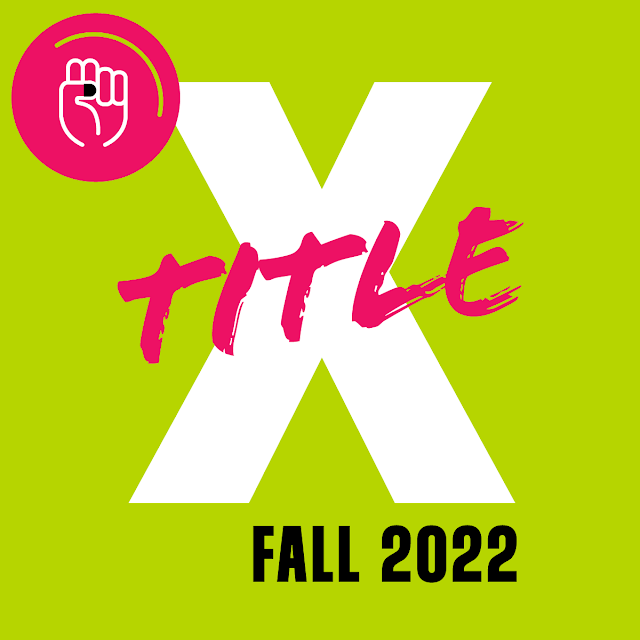 ﻿In the fall, Artemisia follows up The Flower and The Fury with the world premiere docudrama Title X by Artemisia’s founder, Julie Proudfoot.

Title X documents the fight for abortion rights in America from 1978 to now. The play is told through the lens of eight radically different female characters: A 17-year-old wrestles with her choices under Title X. The director of a women’s clinic defends her patient’s right to reproductive justice. A member of Operation Rescue protests in front of an abortion clinic. An asylum officer interviews detainees, victims of the refugee crisis, at the Texas-Mexico border. A woman in her twenties confronts haunting memories of sexual harassment by her professor during a visit to her former college campus. A conservative congresswoman urges her pro-life supporters to fight the battle for the unborn with Christian love. A survivor of sexual assault reclaims her life after taking her boss to trial for rape. A lesbian exposes her complicated but loving relationship with her partner, who died of AIDS. In the end, the 17-year-old, now a mature woman, discovers the empowering life lessons she has learned.

“I wrote Title X over the course of a year while sheltering at home, while Trump was succeeding in reverse funding under Title 10 via coercion tactics," said Proudfoot, who will also direct. "It exposes the way the system works against women and keeps women from having autonomy and agency.”

Artemisia Gentileschi was a great feminist painter, forgotten by history. Now, she’s celebrated as the greatest female artist prior to the modern period. It shows why women’s stories are important. They change our perspective, on the past, the present and the future.

Artemisia’s leadership team is 100 percent women, because “women still struggle to find a place where they can share their stories and be their true selves as artists,” said board president E. Faye Butler. “That’s what I love about Artemisia. It’s a sisterhood of leaders, who empower women as writers, directors, performers. A place where women can bring their fire, passion and lived experience and share true stories from their perspective.” 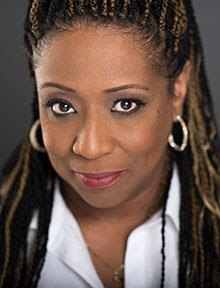