If you're eager to see a happy comedy full of family values and fun times, this is not the play you're looking for. Scarcity is dark, edgy, and seeps under your skin. Its very title, Scarcity... scare city... scar city, speaks of poverty, want, shortage, and the fear that living in a constant state of economic deprivation leaves. This family is not getting out of this without deep and lasting scars. Sometimes when one has nothing, pride is all that's left worth fighting for, and losing that leaves a simmering, potentially explosive rage. 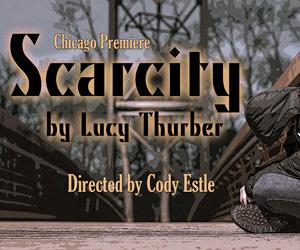 Even the ending is a cliff hanger, lacking in closure and leaving the audience with a sense of foreboding and inevitable evils yet to come. If you're up for embracing the darker side of human dependents, dependence, and interdependence then we highly recommend Scarcity. The psychological and physical manipulation is palpable and despite just about all the characters insisting they've done nothing wrong (yet), suspicions, sexual tensions and innuendos abound. 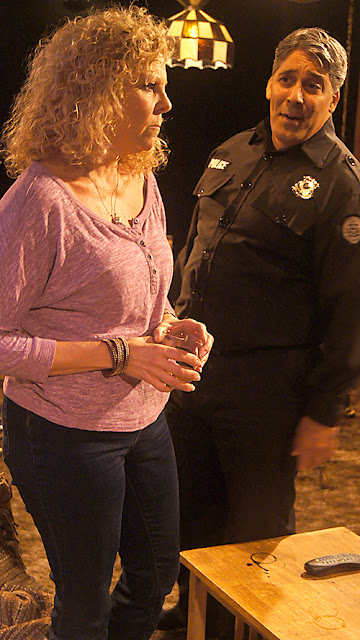 Another standout is daughter, Rachel (Ada Grey), with beauty, brains, a preternatural talent for "seeing", and an obsession with reading tarot cards. She's a fascinating character who can glimpse some of the future, yet she's trapped in her own present and powerless to change much of it.

Ada Grey has been reviewing plays and interviewing actors since she was 4-years old. She writes a blog called Ada Grey Reviews for You. 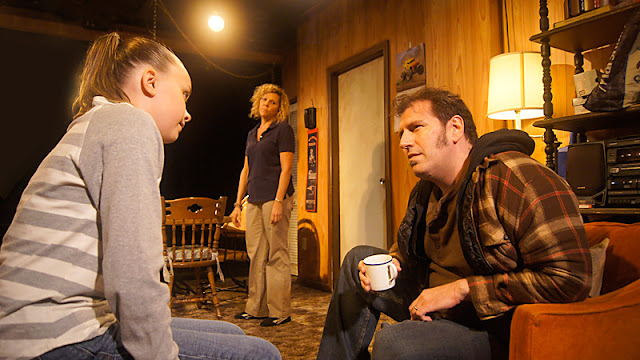 The son, Billy, brilliantly depicted by Brendan Meyer, is charming, smart, and gorgeous, with an irresistible grin, a predilection for drinking, and anger management issues, not unlike his father. He's already mastered the art of manipulation and domination in an unsettling way for a kid as young as 16. 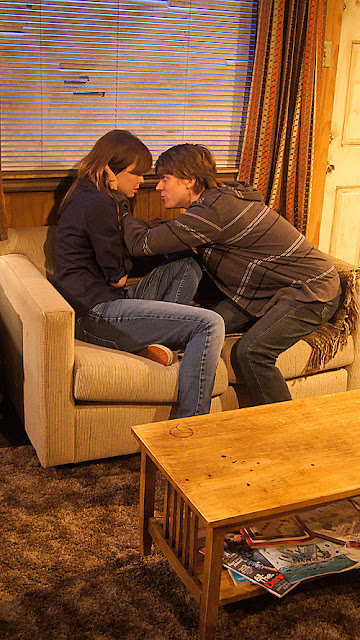 There's a certain genius in these deeply flawed characters, portrayed so well. Scarcity embraces many disturbing, yet all too human themes, including hints of unfulfilled incestuous desires, a teacher's affair with an underage student, and the parents' tacit consent for their children to "do whatever you have to do" to survive and get out.

There is passion and compassion still, amid the grinding poverty, hard work, and the struggle to stay afloat, but it comes at a steep cost. There's also still a spark of hope for the smart, beautiful children who are determined for something better. Yet there's a fatalism and a sense that these parents were once attractive, intelligent children too, before they were beaten down by life and succumbed to mind numbing alcoholism.

Yet the show is not without it's humor. There were quite a few laugh out loud moments. And the rapport the family members had through the arguments, intensity and the tenderness came across in a genuinely moving way. 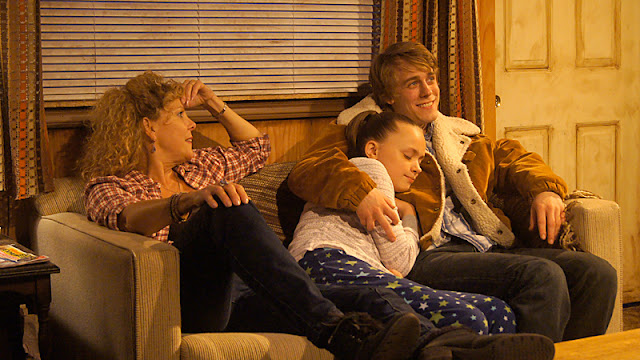 That said, there's a macabre train wreck of an aura surrounding this family. The audience can see the impending crash, but they're powerless to look away. We highly recommend this captivating drama. 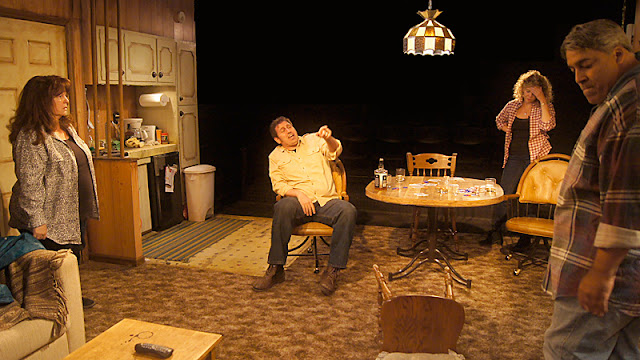 THE PLAY
A family stuck in the sticks and struggling to make ends meet has a chance to get their brilliant son into an advanced program when his obsessed math teacher becomes mesmerized by Billy's intellect and potential and offers to help with his college dreams. But what are her real intentions? And will the family grab this golden opportunity for a way out?

Filled with dark humor and grittiness, Scarcity is an intense look at ambition and ambivalence within a family from the wrong side of the tracks. 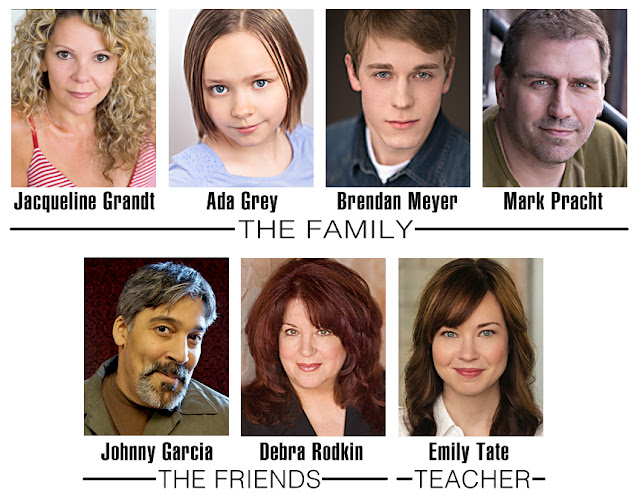 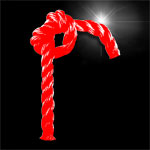 Valet parking for Redtwist is available across the street in front of Francesca’s Bryn Mawr for most performances—hours vary. Dining is not required.

Here at ChiIL Live Shows, Redtwist has long been a favorite of ours on the blackbox storefront theatre scene. They're polished, professional productions and edgy late night choices keep Redtwist on our radar. Mark your calendars. Their lucky 13th season looks like a winner. Click here for our past coverage and full details on Redtwists' upcoming season.

"Home is where the HURT is" examines the fabric of
family relationships.

How do we live in the present when the future is looming?
How far will we go to reach our potential and make our dreams a reality?

And will that help or hurt the ones closest to us?