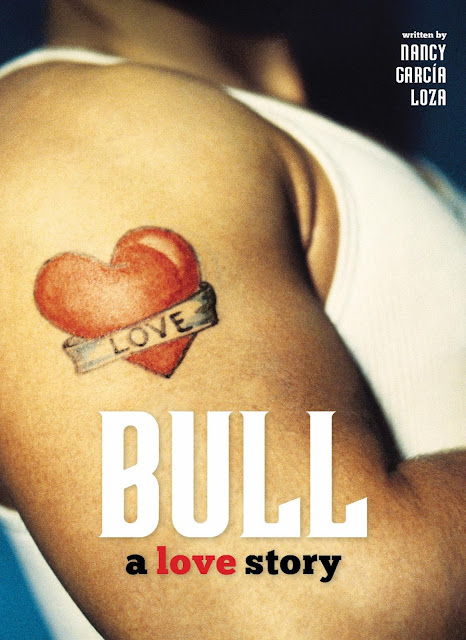 Bull dealt drugs, got caught, and served his time. After a decade, he is released from prison and returns to an unrecognizable Lakeview. What will it take to really get home? Find out in BULL: a love story, a world premiere play by Chicago writer Nancy García Loza. 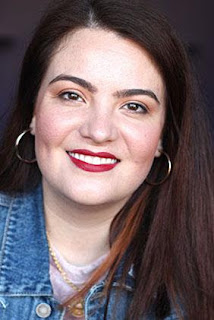 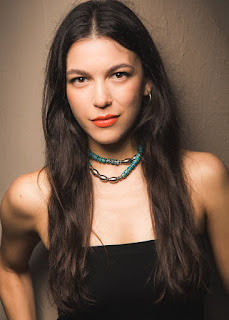 BULL: a love story has been developed for the past two years through Paramount Theatre’s Inception Project. Now this riveting, contemporary family drama will be brought to the stage as a full production as the finale of Paramount’s first-ever BOLD Series, now bringing a new brand of fearless, thought-provoking and unexpected forms of live theater to downtown Aurora.

Paramount’s new Copley Theatre is a sleek, state-of-the-art, 165-seat theater with a modern new lobby bar and lounge, reopened this past March as downtown Aurora’s newest live theater space following a two-year, $2 million, top-to-bottom renovation. The Copley is located at 8 E. Galena Blvd., in the North Island Center, right across the street from Paramount Theatre, in downtown Aurora.

For tickets and information to BULL: a love story at the Copley Theatre, visit paramountaurora.com, call (630) 896-6666, or stop by the Paramount box office, 23 E. Galena Blvd., Monday through Saturday, 10 a.m. to 6 p.m. Note:  BULL: a love story is suggested for ages 13 and up for adult language.

BULL: a love story is part of the 5th Destinos, Chicago International Latino Theater Festival, an annual, city-wide event produced by the Chicago Latino Theater Alliance (CLATA) showcasing top Latino theater artists and companies from Chicago, the U.S. and Latin America, September 14-October 16, 2022. Paramount Theatre is proud to be the first suburban theater to be included in Destinos.

Use promo code DESTINOS online, via phone or in person at the Paramount box office to access $35 tickets to BULL: a love story for performances during festival dates, October 5-16. This discount may not be combined with any other offer, and excludes opening nights, October 12 and 13. Learn more about the 2022 Destinos Festival at destinosfest.org.

BULL: a love story was originally presented in January, 2021 as a virtual staged reading as part of Paramount’s new play development program, The Inception Project. “Nancy García Loza has written such a beautiful love story and we are so honored to be a part of the journey of this piece from inception to full production,” said Amber Mak, Paramount’s artistic producer and new works development director.

Nancy García Loza is an award-winning self-taught, pocha playwright rooted in Chicago, Illinois and Jalisco, México. She is a two-time alumni of the national Fornés Playwriting Workshop. She has enjoyed residencies with Goodman Playwrights Unit and Future Labs, Steppenwolf Theatre and The New Harmony Project, Oregon Shakespeare Festival Black Swan Lab, SPACE on Ryder Farm Institutional Residency, and more. Her audio drama, Brava, is available on all podcast platforms (Make-Believe Association, 2019). She is currently under commission/development with Steppenwolf Theatre (Ascent), Goodman Theatre (Rust), the National Museum of Mexican Art (NMMA) (Pénjamo: a Pocha Road Trip story; Macha), and more. This year, she received The Joyce Award, as well as the APAP ArtsForward Award, both in collaboration with the National Museum of Mexican Art. She was most recently recognized by the Dramatists' Guild Council (NYC) as the 2022 Lanford Wilson Award recipient. She is the daughter of Mexican immigrants and the eldest daughter of seven children. She lives in Chicagolandia and writes in her kitchen. She is Mexican American, no hyphen.

Laura Alcalá Baker (director, she/her/hers) is a Chicago-based director and new play developer. She served as the Casting Director/Artistic Programs Manager at Victory Gardens Theater from 2016-2019 leading programs such as The Access Project and Directors’ Inclusion Initiative. Baker has developed and directed multiple new works including Isaac Gómez’s The Leopard Play, or sad songs for lost boys (Steep Theatre), The Way She Spoke (DCASE, Greenhouse Theater Center) and Omer Abbas Salem’s The Secretaries (First Floor Theater). She also directed the audio drama Brava by Nancy García Loza (Make Believe Association) which is available on all podcast platforms. Other select works include The Pillowman (The Gift Theatre), There is No Message in the Message, Shamed (The Gift Theatre’s TEN), Project Potential (Broken Nose Theatre’s Bechdel Fest), and Jets, Sharks, and Beckys (Collaboraction's PEACEBOOK Festival). Baker is a Steep Theatre Ensemble Member, a 2021 3Arts Make a Wave Recipient, and a proud member of the Alliance of Latinx Theatre Artists. For more visit, labdirecting.com.

"Nancy is creating a canon of Chicago narratives,” said Baker. “She paints vividly, urgently to capture these stories while they are still living memory. BULL: a love story is just the first of many to make it to the stage. It is a heartfelt love letter to Chicago’s Lakeview and the people who built a life there. I believe it to be a new American classic." 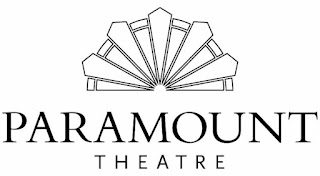 Paramount will offer two Pay What You Can Performances on Thursday, October 6, at 7 p.m., and Saturday, October 8, at 2 p.m.

If you require wheelchair or special seating or other assistance, please contact the box office at (630) 896-6666 or boxoffice@paramountarts.com in advance.

Paramount Theatre’s Covid-19 commitment to and safety and protocol

Paramount Theatre has followed, and will continue to follow, the requirements of the State of Illinois and the Kane County Health Department. Therefore, Paramount is following the guidance of the State of Illinois and recommends, but no longer requires, masks, proof of vaccination or negative COVID test for patrons. Mask wearing is strongly encouraged, but will be optional.

Right across the street from the Copley, Paramount Theatre is kicking off its 11th Broadway series with Dreamgirls, the Tony-winning musical inspired by The Supremes that spawned an Oscar-winning movie. Performances are August 31-October 16, 2022.

Paramount still offers the same “Buy Two Shows, Get Two Shows Free” subscription offer, just as it has since it launched its first Broadway Series in 2011. Four-show Broadway Series packages including Dreamgirls, The Sound of Music, plus Into the Woods and School of Rock in 2023 start as low as $56 (fees not included). To subscribe, visit ParamountAurora.com, call (630) 896-6666, or stop by the Paramount Theatre, 23 E. Galena Blvd. in downtown Aurora. 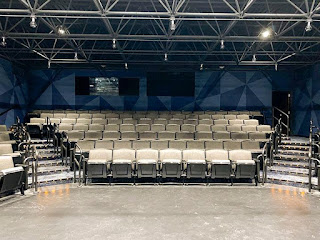 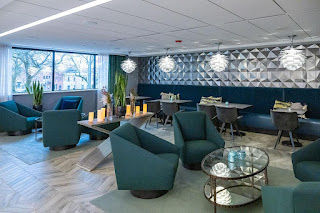 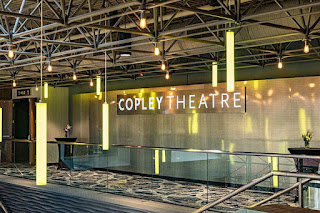 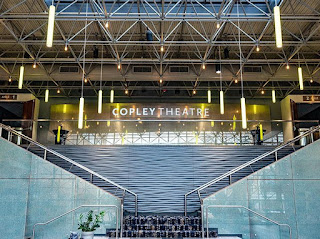 ﻿Paramount Theatre, 23 E. Galena Blvd., is the center for performing arts in Aurora, the second largest city in Illinois. The beautiful, 1,843-seat theater, graced with a strong 1930s Art Deco influence and original Venetian décor, nationally known for its high-quality productions, superb acoustics and historic grandeur, has been downtown Aurora’s anchor attraction since 1931.

After launching its own Broadway Series in 2011, Paramount Theatre grew to be the second largest subscription house in the U.S. Before Covid, more than 41,000 subscribers from all over Chicagoland and the Midwest were enjoying Paramount’s critically acclaimed, 2019-20 Broadway-caliber productions. In addition, Paramount also presents an array of internationally known comedians, musicians, dance troupes and family shows annually.