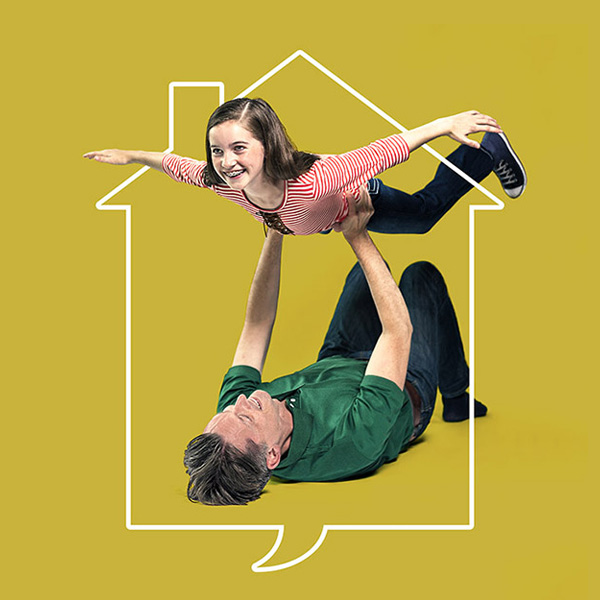 We had the great pleasure of catching the Broadway touring production of Fun Home. Now we can't wait to see Victory Gardens Theater's take on this 5 time Tony award winning show, including Best Musical! We'll be out to review the last week of September.

Hailed as one of Broadway's most original musicals and the winner of 5 Tony Awards, Fun Home is a groundbreaking story inspired by Alison Bechdel’s best-selling graphic memoir. In this intimate musical, Alison sets out to unravel the many mysteries of her childhood through a series of memories and conversations – from her coming out to her moving journey to acceptance. Gary Griffin (Hand to God, Never the Sinner) directs this emotionally charged family drama that The New York Times calls “extraordinary,” and “a rare beauty.”

"We are thrilled to give a home to Lisa Kron and Jeanine Tesori's timeless and moving new musical about our modern American family: estranged fathers, graphic novels, and queer sensibilities," commented Artistic Director Chay Yew. "I'm also elated that director Gary Griffin is returning to Victory Gardens to helm this Chicago production, making it a unique theatrical experience for our audiences." 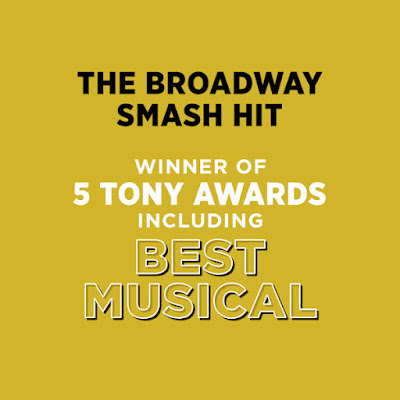 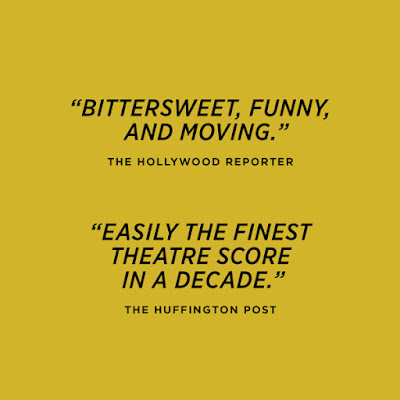 About the Artists
Jeanine Tesori (Music) For Broadway: Fun Home (2015 Tony Award winner); Violet; Caroline, or Change; Shrek the Musical; Thoroughly Modern Millie; Twelfth Night (LCT); John Guare’s A Free Man of Color. Delacorte: Mother Courage (starring Meryl Streep). Opera: A Blizzard on Marblehead Neck (libretto, Tony Kushner; Glimmerglass); The Lion, the Unicorn and Me (libretto, J.D. McClatchy; Washington National Opera). Her songs are featured in the Netflix revival of Gilmore Girls. She is the artistic director/co-founder of A Broader Way, an arts empowerment program for girls from underserved communities; the founding artistic director of Encores! Off-Center; and a lecturer in music at Yale University and Columbia University. Ms. Tesori is a member of the Dramatists Guild.

Lisa Kron (Book and Lyrics) has been writing and performing theater since coming to New York from Michigan in 1984. Her work has been widely produced in New York, regionally, and internationally. Her play Fun Home, a musical written with composer Jeanine Tesori and based on the graphic novel by Alison Bechdel, earned her 2 Tony Awards in 2015, for Best Book of a Musical and Best Original Score (with Jeanine Tesori); the show also won the Tony Award for Best Musical. Other plays include The Ver**zon Play, which premiered 2012 Humana Festival; In The Wake which received Lortel and GLAAD Media Award nominations, was a finalist for the Susan Smith Blackburn Prize, named a “Best Play of 2010” by TimeOut and Backstage, and was included in the Best Plays Theater Yearbook 2010-2011; Well, which premiered at the Public Theater, was named a “Best Play of 2004” by the New York Times, the Associated Press, the Newark Star Ledger, Backstage, and the Advocate, included in the Best Plays Theater Yearbook of 2003-2004, and moved to Broadway where both she and Jayne Houdyshell received Tony nominations for their performances. 2.5 Minute Ride, which had its New York premiere at the Public Theater, received OBIE, L.A. Drama-Logue, New York Press, and GLAAD Media Awards, and continues to be performed by Lisa and others all over the world;101 Humiliating Stories, which received a Drama Desk nomination for its PS122 premiere and was a part of Lincoln Center’s 1993 “Serious Fun!” performance series. Lisa is a founding member of the legendary OBIE and Bessie Award-winning collaborative theater company The Five Lesbian Brothers whose plays, Oedipus at Palm Springs, Brave Smiles, Brides of the Moon and The Secretaries have all been produced by their theatrical home, New York Theatre Workshop, and have been performed widely throughout the country both by the Brothers and by other companies. Their plays are published by T.C.G. in the anthology, “Five Lesbian Brothers/Four Plays” and also by Samuel French. Lisa has received playwriting fellowships from the Lortel and Guggenheim Foundations, Sundance Theater Lab, the Lark Play Development Center, and the MacDowell Colony, the Cal Arts/Alpert Award, a Helen Merrill Award, and grants from the Creative Capital Foundation and New York Foundation for the Arts. She was a resident playwright at the American Voices New Play Initiative at Arena Stage. As an actor, Lisa’s professional career as began in 1983 when Michael Kahn chose her as member of the ANTA Company, which toured three plays in rep for a season. Since then she has acted in her own plays and the plays of the Five Lesbian Brothers, and also seen in such productions as the Foundry’s Good Person of Szechwan at LaMama, The Normal Heart at the Public Theater, Spain at M.C.C., and The Most Fabulous Story Ever Told, at NYTW. Lisa is a member of Actors Equity and serves on the Council of the Dramatists Guild of America.

Preetish Chakraborty is in 8th grade and has been trained in Indian classical vocal music since age 6 and was the 2nd runner up in the very popular Indian singing reality show Saregamapa Lil Champs by Zee TV (in Mumbai, India). He has done several stage shows in many cities in the US as well as in India.  Preetish has been a member of the Young Naperville Singers boys choir and he was recently offered admission in the prestigious American Boychoir School in Princeton, NJ after his performance with them.

Leo Gonzalez makes his first professional on-stage debut with Fun Home. Leo is 13-years-old from Oak Park, Illinois. He is actively involved in the BRAVO! Performing Arts Academy at Gwendolyn Brooks Middle School and has performed in multiple musical theater shows under the direction of Tina Reynolds.

Stella Rose Hoyt makes her debut with Victory Gardens Theater. She is a 5th grade student at Clark Middle School and has been singing Broadway tunes since she was three. Recent credits include Molly in Theatre at the Center's production of Annie Warbucks, Mary Lennox in The Secret Garden at the Drama Group Theatre, and Young Cosette in Les Misérables. Stella recently filmed a commercial for McDonald's and is represented by Gray Talent Group.
Rob Lindley makes his Victory Gardens Theater debut. He has been seen on stage at About Face Theatre (The Tempermentals), Northlight (Funnyman), Goodman (Candide), Asolo Rep (My Fair Lady), Court Theatre (Carousel, James Joyce’s The Dead, Caroline or Change, Secret Garden, and Angels and America: Part 1 & 2), Writers’ Theatre (Bach at Leipzig, and Oh Coward! – which won Rob a Jeff Award for Best Actor in a Revue). Rob directed the Off-Broadway and National Tours of 50 Shades: The Musical! and many productions for Porchlight Music Theatre including Lady Day at Emerson’s Bar & Grill, Far From Heaven, and How to Succeed in Business… Rob also directs many star-studded gala concerts for many organizations including the annual Chicago Sings!, concerts for Porchlight and the Flory concert for the Chicago Humanities Festival. Rob’s vocal trio Foiled Again has two recordings available on iTunes and other online outlets, “Foiled Again: Live” and “Blanket of Winter.”

Hannah Starr is a performer, writer, and artist originally from Eau Claire, WI. Most recently Hannah played the Emcee in No Stakes Theatre Project’s production of Cabaret and last fall was seen as Olive Ostrovsky in The 25th Annual Putnam County Spelling Bee at pH Comedy Theater. Hannah’s solo show, BOOMBOX, premiered last December at The Beat Lounge at the Second City Training Center, where she is now known as “that girl who always carries around that old boombox”. She is a member of 99 Problemz: Chicago’s Improvised 90’s Sitcom and performs improv and sketch comedy regularly throughout the city. She’s a graduate of Columbia College Chicago, The Conservatory at The Second City Training Center, and has trained at the MacPhail School of Music, iO, Brave New Workshop, and HUGE Improv Theater. 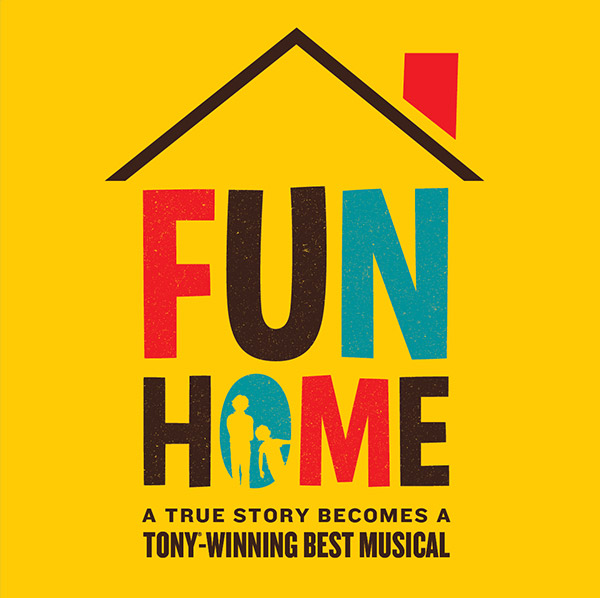 
Broadway In Chicago and Producers Fox Theatricals (Kristin Caskey, Mike Isaacson) and Barbara Whitman are thrilled to announce that individual tickets go on sale to the general public on Sunday, August 28 for the first National Tour of Fun Home, the groundbreaking, Tony Award-winning Best Musical.  The tour will premiere in Chicago at the Oriental Theatre (24 W. Randolph) for a limited two-week engagement November 2 - November 13, 2016. 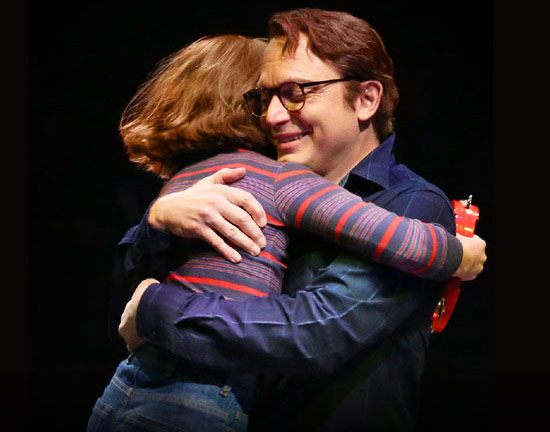 FUN HOME was the event of the 2015 Broadway season, receiving raves from critics and audiences alike, winning five 2015 Tony Awards including BEST MUSICAL and making history along the way as the first show written exclusively by women to win theater’s highest achievement.  It was named to all of the major top 10 lists including The New York Times, Associated Press, New Yorker, Entertainment Weekly, BuzzFeed, The Daily Beast, Chicago Tribune, The Hollywood Reporter and more.

“An uplifting musical drama of rare intensity, honesty and beauty. Fun Home speak universally about BIG THINGS THAT MATTER: LIFE, LOVE, FAMILY, SURVIVING. It’s unconventional, to be sure, and musical theatre is better for it.” - New York Daily News

“One of those ‘don’t miss it’ musicals.” – The Huffington Post 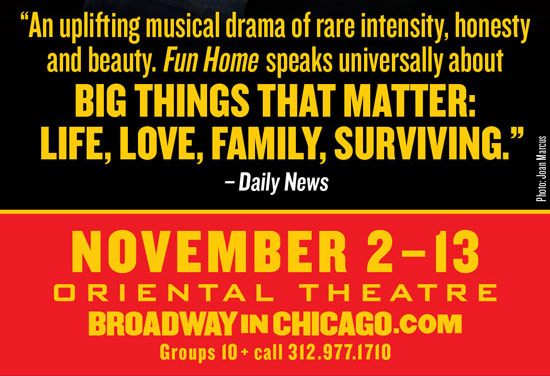 Based on Alison Bechdel’s best-selling graphic memoir, FUN HOME introduces us to Alison at three different ages as she explores and unravels the many mysteries of her childhood that connect with her in surprising new ways. A finalist for the Pulitzer Prize, FUN HOME is a refreshingly honest, wholly original musical about seeing your parents through grown-up eyes.

FUN HOME features music by Jeanine Tesori, book and lyrics by Lisa Kron and direction by Sam Gold, whose work on this production earned them Tony Awards for Best Score, Best Book and Best Direction.  With this win, Lisa Kron and Jeanine Tesori also made history by becoming the first female writing team to be awarded the Best Score Tony Award.

Tony Award-winning director Sam Gold, who staged both the Off Broadway and Broadway productions of FUN HOME, will be restaging the national tour.

The Broadway production of FUN HOME opened on Broadway
on April 19, 2015 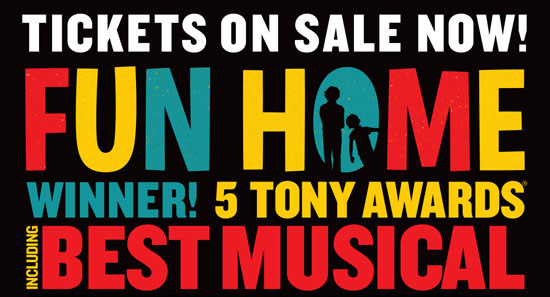