Ending its 23rd season outdoors, First Folio Theatre (Mayslake Peabody Estate, 31st St. & Rt. 83.) presents HENRY V for its classic Shakespeare-under-the-Stars series. Directed by Artistic Associate Hayley Rice, HENRY V focuses on one of England’s most beloved rulers as he fights to save England and prove himself the rightful heir to the French throne. Audiences will thrill to the battle scenes as they experience the play the way it was intended to be performed – outside.  Nothing beats being part of the action with the great Band of Brothers as Henry V leads them against an army ten times their own size at the Battle of Agincourt. One of Shakespeare’s most popular rousing adventures, HENRY V previews July 10 – 12, opens July 13 and will run through August 18, 2019.

“We are excited to be exploring new angles of Shakespeare’s Henry V for our 28th production on our outdoor stage,” said director Hayley Rice. “With non-traditional casting and an emphasis on the intersection of antiquity and modernity, we at First Folio Theatre are proud to be sharing this with our audiences. As this will be the final production performed on the original stage my parents built, there is an extra opportunity to play with the set and stage in a way that has never previously been possible. It is very bittersweet for all of us, but we invite audiences to leave their preconceived notions of Shakespeare and Henry V and see the story in a brand new way this summer.”

First Folio has announced that this will be the final production on its current outdoor stage, which has served First Folio since 1997. In order to properly address the needs of its aging stage structure, First Folio will be taking a hiatus from producing a summer show in 2020. After 23 seasons, the current structure is coming to the end of its usefulness and the theater needs to ensure that they have the time and funds to replace it properly. First Folio’s summer shows will return in 2021 with a new stage and they will continue on with the same quality Shakespeare-under-the-Stars, which launched First Folio back in 1997. 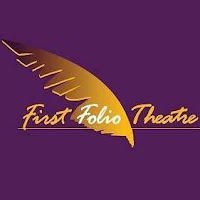 Performances take place at the Mayslake Peabody Estate, located at 1717 31st St., off Rt. 83, in Oak Brook. First Folio is easy to get to via the East-West Tollway (I-88) or the Stevenson Expressway (I-55). Free parking is available on the grounds. Preview tickets are $25. Regular priced tickets are $34 Wednesdays and Thursdays (seniors and students are $29), and $44 on Fridays through Sundays (seniors and students are $39). Special $10 tickets are available for children 14 and under for all summer shows. Tickets are on sale now and may be purchased by calling the box office at 630.986.8067 or online at www.firstfolio.org.
Posted by Bonnie Kenaz-Mara at 8:37 PM No comments: