RESCHEDULED!
New Dates Announced for the
THE MUSHROOM CURE
at Greenhouse Theater Center 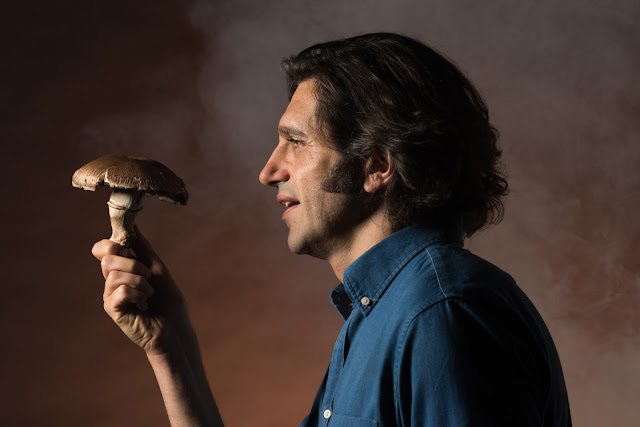 The Greenhouse Theater Center today announced Adam Strauss has postponed his hit one-man show THE MUSHROOM CURE, originally scheduled for April 4 – May 5, 2019. The engagement has been rescheduled for May 9 – June 9, 2019. For ticket exchanges and refunds, please contact the Greenhouse Theater Center box office at (773) 404-7336 or boxoffice@greenhousetheater.org. The new press opening is Saturday, May 11 at 8 pm.

Written and performed by Adam Strauss and developed with and directed by Jonathan Libman. THE MUSHROOM CURE is the true story of one Strauss’s attempt to treat his severe OCD with psychedelics. The Chicago premiere of the off-Broadway hit, presented in association with The Marsh, will play in The Greenhouse Theater Center’s Downstairs Main Stage, 2257 N. Lincoln Ave. in Chicago. Tickets for the new engagement are currently available at greenhousetheater.org, in person at the box office or by calling (773) 404-7336.

Press Performance: Saturday, May 11 at 8 pm

Curtain times: Thursdays, Fridays and Saturdays at 8 pm; Sundays at 3 pm. Please note: there will not be a performance on Thursday, May 16; there will be an added performances on Saturday, May 18 at 2:30 pm.

Tickets: Previews: $25 Regular run: $29 - $35. Discounts: $19 students, seniors, teachers, military and industry. Group discounts are available. Tickets are currently available at greenhousetheater.org, in person at the box office or by calling (773) 404-7336.

About The Marsh
The Marsh, known as a "breeding ground for new performance," was launched in1989 by Founder and Artistic Director Stephanie Weisman, and now annually hosts more than 600 performances of 175 shows across the company's two venues in San Francisco and Berkeley. A leading developer and outlet for solo performers, The Marsh's specialty has been hailed by the San Francisco Chronicle as “solo performances that celebrate the power of storytelling at its simplest and purest.” The East Bay Times named The Marsh one of Bay Area's best intimate theaters, calling it “one of the most thriving solo theaters in the nation. The live theatrical energy is simply irresistible.”  For more info about The Marsh, visit www.themarsh.org or email artisticdirector@themarsh.org.
Posted by Bonnie Kenaz-Mara at 7:18 AM No comments: