ACT OUT OPENING: The Chicago premiere of Mine at The Gift Theatre 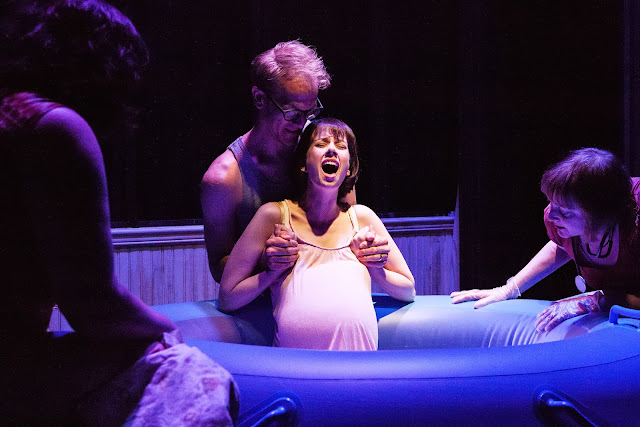 Hillary Clemens as Mari (center), Gabriel Franken as Peter and Alexandra Main as Joan in The Gift Theatre’s Mine

The Gift Theatre presents the Chicago premiere of Mine

New mother Mari has a devoted husband, a reassuring midwife and a mom who can’t wait to babysit. But she can’t shake the feeling that there’s something strange about her newborn daughter. Chicago’s The Gift Theatre Company births a world of new motherhood, where doubt and certainty blur, in the Chicago premiere of Laura Marks’ thrilling, haunting and terrifying Mine, directed by Marti Lyons. Mine makes its Chicago premiere now through August 11, 2013, at The Gift Theatre, 4802 N. Milwaukee Avenue (at Lawrence) in Chicago. Performances are Thursday, Friday and Saturday evenings at 7:30 p.m., with Sunday matinees at 2:30 p.m. Single tickets are $25-$30 and subscriptions start at $50. To purchase tickets or for more information, please call 773-283-7071 or visit www.thegifttheatre.org.

“One of the many remarkable things about Laura Marks' work is her use of heroines,” says director Marti Lyons. “Her leading ladies are charming and unflinchingly loyal—and when faced with any threat to their families, they are fierce warriors with an inexhaustible drive and strength. The protagonist in Mine, Mari, is no exception. Though at times she’s conflicted, Mari's investigation over the course of the play is driven by the uncompromising strength of her maternal instinct and love for her child. The Gift’s space allows us to see both her external and internal conflict; the close proximity to all the actors enables the audience to understand the truest motivations, conflicts and resolve at the heart of every character.” 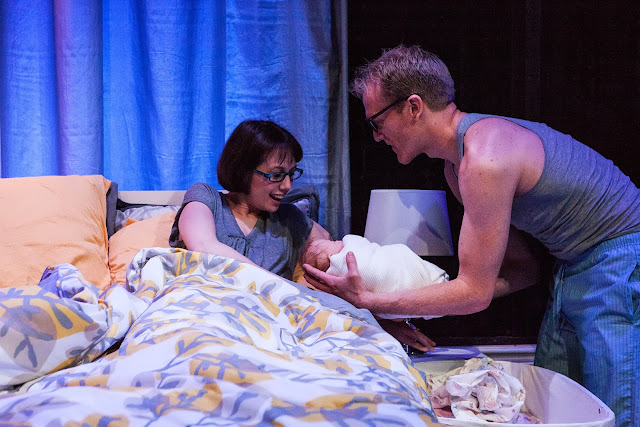 Hillary Clemens as Mari and Gabriel Franken as Peter in The Gift Theatre’s Mine, playing now through Aug. 11, 2013. Photos by http://clairedemos.com.

New York-based, Kentucky-born playwright Laura Marks made an explosive off-Broadway debut earlier this year with Bethany, which starred America Ferrera, was a New York Times Critic's Pick and garnered Marks a Lucille Lortel nomination for Outstanding Play. The New Yorker subsequently called the recent Juilliard School grad and mother of two “a real talent to watch.” Marks wrote Mine shortly after completing Bethany, while still a student at Juilliard. Mine director Marti Lyons (Maria/Stuart) previously worked at The Gift as assistant director on Will Eno's Oh, the Humanity (and other exclamations) for Michael Patrick Thornton in 2012 and twice directing short plays for TEN. She is the Literary Manager and Company Dramaturg for Chicago’s Lookingglass Theatre.

Mine stars The Gift Ensemble members Hillary Clemens (Vigils, Dirty) as Mari, Gabriel Franken (Northwest Highway) as her husband and Alexandra Main (Wit, One Flew over the Cuckoo’s Nest) as the midwife. Returning to The Gift are SiNNERMAN Ensemble and Pavement Group’s Cyd Blakewell (TEN) as a mysterious stranger and Rendition Theatre’s Deborah Ann Smith (The Last Days of Judas Iscariot) as Mari’s mom. 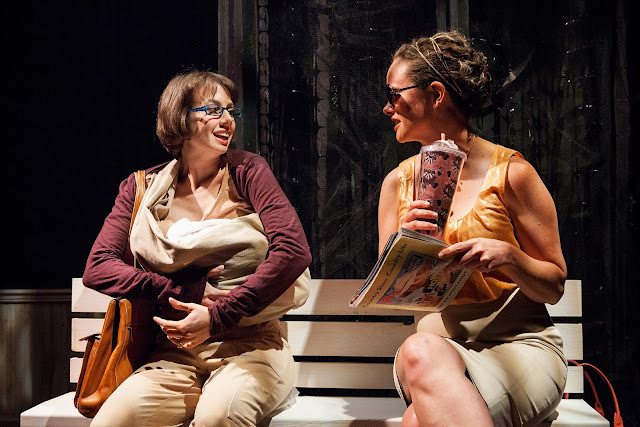 The Gift’s 2013 Season opened in January with TEN, its annual kickoff celebration of ten-minute plays curated by Gift Co-Founder Michael Patrick Thornton, then shifted tone with the Chicago revival of Vigils, directed by Erica Weiss. The final production of the 2013 Season is the Chicago premiere of Broadsword by former Sons of Anarchy staff writer Marco Ramirez, October 3 (first preview)-November 24. Subscriptions for the remainder of the 2013 season, which includes two Chicago premieres, are available for as little as $50. The Gift subscribers ("Gifters") receive admission to three shows, free parking at Gale Street Inn, free admission to all Wednesday night “Natural Gas” improv shows and invitations to special subscriber-only special events.

The Gift Theatre Company’s 2013 season is made possible, in part, by generous contributions from The Richard H. Driehaus Foundation and The Gaylord and Dorothy Donnelley Foundation. The Gift is conveniently located at 4802 N. Milwaukee in Chicago’s Jefferson Park neighborhood, and is easily accessible by the CTA Blue Line, the Lawrence and Milwaukee Avenue buses and the Kennedy Expressway. For more information about The Gift Theatre’s productions and programs, visit www.thegifttheatre.org.

Posted by Bonnie Kenaz-Mara at 10:36 AM No comments: