There's once again an overabundance of great live music, theatre, and events going on in Chi-Town.   Here are just a few of our highly recommended live band favs for Friday and Saturday. 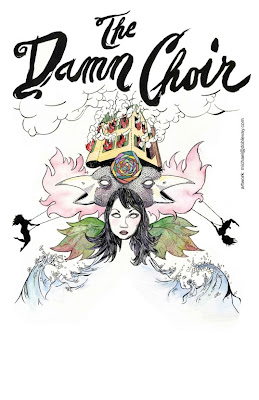 
The Damn Choir | Paper Thick Walls | Kingsley Flood at The Hideout
We've been promoting this one for a while on FB & Twitter, and today's the day.  Check out our original show shots here then come out and hear them live at Hideout tonight! 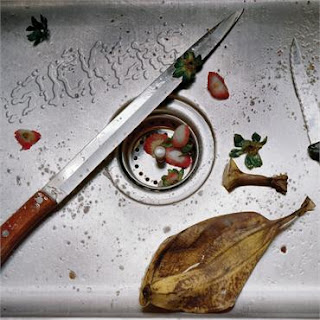 
Press
"Pushing themselves to hone their sound has allowed them to construct an infectious piece of work without sacrificing depth or meaning, particularly in terms of their lyrics." - Paste

"With a dollop of radiant electronic energy, the Brooklyn art pop collective sounds ready for the summer, and they will be." - Consequence of Sound

"you’ll definitely find plenty to fall for on this effort, such as the band’s favorite accompaniment–a nice heartfelt whistle." - Austin Town Hall

"No one’s abandoning their love for awesome, varying guitar tones (that solo!) nor that affinity for hyper-catchy riffs in unexpected places (that whistling!) nor those heartstring-tugging choir vocals, they’re just updating their tried-and-true formula into anthemic territory, and it works like a charm." - Pretty Much Amazing

"they’ve concentrated and focused their eccentricities into a set that is dreamlike but not at all dream-pop, and sweet without ever slipping into cloying twee territory." - PopMatters

""Turn on the Sunshine” gives fans a complex arrangement of poppy chord progressions merged into the smooth, singular focal point of a sweet and innocent love track." - The Wild Honey Pie

Besides being a signature song for Suckers, “It Gets Your Body Movin’” is a mission statement for the band as well.  Ever since coalescing in Brooklyn four years ago, they’ve been restless experimenters, thriving on creative momentum.  And while the trio’s just-completed sophomore album Candy Salad, out April 24th on Frenchkiss, is a remarkable progression from their auspiciously far-flung debut Wild Smile, it’s every bit as indicative of how they’re powered by the uncertainty of paradox. It’s a more mature work than Wild Smile, mostly because of its directness and simplicity. It has a warmer sound than their past releases, resulting from hours upon end of intense studio work, but still retains a refreshing, almost effortless feel that instantly draws in the listener.

And that’s essentially the story of Suckers: instantaneous impact that can obscure the tremendous evolution that preceded it.  Vocalists Austin Fisher and Quinn Walker grew up down the road from each other in the alternately enlightened and grim environment outside of New Haven, CT, while enigmatic bassist/utilityman Pan lived about twenty minutes away.  Though raised in the shadow of Yale, the three were inspired to seek the kind of cultural stimulus one could only acquire hours away in New York City.  Upon arrival, they soon immersed themselves fully in the city’s unpredictable and volatile intersection of art and music –Fisher would spend off hours working at the Guggenheim and the Metropolitan Museum of Art, while Walker released a solo double-album to considerable underground acclaim on Voodoo-Eros, the label run by influential avant-pop band CocoRosie.

And while those early days of hashing out material previously written by Fisher and Walker were formative, it wasn’t until they started composing from scratch as a trio that Suckers truly began to take shape.  The first song they wrote together became “It Gets Your Body Movin’,” an infectious singalong that detonated on contact in the blogosphere, a timeless song that began their incredibly timely trajectory within the internet’s hype cycle.

It would become the linchpin of their 2009 self-titled EP, produced by Anand Wilder of Yeasayer and a crucial document of where the band was in that still fetal stage.  Fisher rightfully calls the time between the EP and their 2010 debut Wild Smile “a blur,” which culminated with the band being the toast of SXSW after wowing the festival with their kinetic live performances, Walker’s stratospheric falsetto and uncanny, wildly colorful stage presence. You could hear hints of the twitchy experimentalism of Talking Heads, David Bowie’s flamboyant persona and a vocal range that spanned from Kate Bush’s spectral incantations to Bono’s populism, and though referential of Walker and Fisher’s idols, it sounded like little else.  As Fisher puts it, “if we think something is starting to sound overtly like another band, we change direction.”

Indeed, the immensely tuneful and lyrically ambitious Candy Salad represents such a marked change in direction that even Suckers’ older records aren’t subject to the band’s aversion to replication.  Unlike Wild Smile, which featured songs culled together from various studio sessions, the band hunkered down at Vacation Island in Williamsburg with Matt Boynton (Black Dice, MGMT).  The intent was to formulate something more cohesive and warm and from the majestic Brit-pop of “Lydia” to the charging Eno-esque “Figure It Out,” to “Going Nowhere,” their most straightforward song to date despite removing the bass “When Doves Cry”-style, they’ve achieved something totally new for the band while maintaining the buoyancy and pop smarts of Wild Smile.  Obviously, they can’t wait for their fans to hear it, partly because they want to share it - Walker hopes you love it, Fisher hopes you get the lyrics tattooed on your back and Pan hopes it makes mom proud - and partly because they’ve already got their sights set on what’s next, perpetual bodies in motion.
Posted by Bonnie Kenaz-Mara at 9:27 PM No comments: