Goodman Theatre's Fannie Extended Through November 21, 2021 Due to Popular Demand 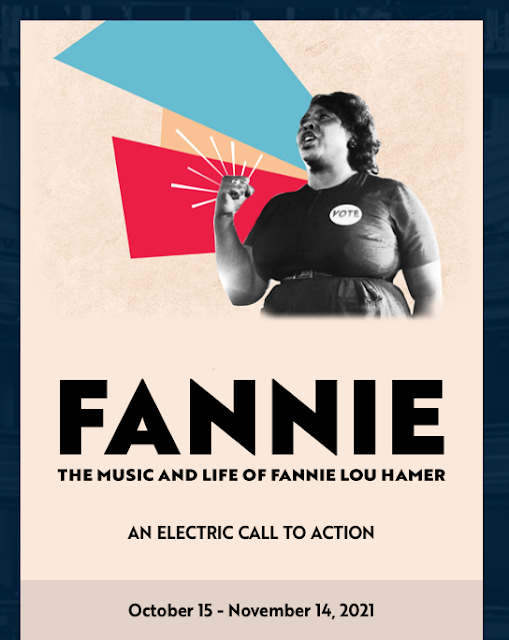 ***THIS EXTENSION BY POPULAR DEMAND IS ANNOUNCED ON THE HEELS OF DIRECTOR HENRY GODINEZ’S SMASH HIT AMERICAN MARIACHI, WHICH CLOSED YESTERDAY AFTER A WEEKEND OF SOLD-OUT PERFORMANCES*** 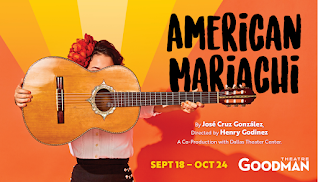 Yesterday, the Goodman closed one production (American Mariachi by Jose Cruz González, which “went clean”/sold-out its final weekend) and tonight opens and extends another (Fannie, The Music and Life of Fannie Lou Hamer)—both directed by Resident Artistic Associate Henry Godinez—and tomorrow, begins rehearsals for the 44th annual A Christmas Carol, directed by Jessica Thebus. I'll be out for the opening night of Fannie tonight and can't wait to catch the incomparable E. Faye Butler on stage once again. It's always a treat to hear her sing, and I'm eager to see her take on the character of the legendary Fannie Lou Hamer. Check back soon for my full review.

Five performances have been added to the schedule of the powerful and electric Fannie (The Music and Life of Fannie Lou Hamer) by Cheryl L. West, now through November 21—new performance dates appear below. This immersive call-to-action is West’s original play from which she adapted the abridged version—Fannie Lou Hamer, Speak On It!, which toured Chicago parks in September/October 2020. Fannie (The Music and Life of Fannie Lou Hamer) appears through November 21 (opening night is tonight at 7pm); tickets (starting at $15) are now on sale at GoodmanTheatre.org/Fannie or by calling 312.443.3800. This Goodman co-commission with Seattle Repertory Theatre previously appeared as part of the 2019 New Stages Festival.  The Goodman is grateful for the support of PNC, Arts in Community Sponsor; Abbott Fund, Corporate Sponsor Partner; and Allstate, Youth Arts Sponsor.

Health and safety note: Proof of full vaccination with an FDA-authorized vaccine is required for all guests 12+ and a recent negative test must be presented for children under 12. Patrons must wear face coverings at all times while inside Goodman Theatre. Visit GoodmanTheatre.org/Protocols for more information.

The “utterly unstoppable” (Chicago Tribune) E. Faye Butler expands her performance as American civil rights freedom fighter Fannie Lou Hamer, hailed in theaters across the country as “magnetic” (Washington Post), “powerhouse” (Sarasota Herald-Tribune), “moving and memorable” (Oregon’s Times-Standard). Three musicians—Deonté Brantley, Morgan E. and Felton Offard (during performances between October 25-31) and Michael Ross (during performances between November 3-21)—join Butler on stage to breathe new life into more than 10 iconic spirituals, including “We Shall Not Be Moved,” “I’m on My Way to Freedom” and “I Ain’t Gonna Let Nobody Turn Me ‘Round.”

Fannie Lou Hamer, who would become known for her political activism and continuous efforts for civil rights, was 44 years old before she discovered that she had the right to vote. It took her three attempts to pass Mississippi’s voter registration test, which was designed to disenfranchise people of color and those with few educational opportunities. Ms. Hamer spent the rest of her life as a fierce advocate of civil and voting rights, surviving extreme violence to help found the Mississippi Freedom Democratic Party and the National Women’s Political Caucus.

Fannie (The Music and Life of Fannie Lou Hamer)

*Touch tours for the 2012/2022 season will not have access to the stage due to current health and safety protocols, but will feature alternate pre-show sensory introductions.

Open-Captioned Performance: Sunday, November 14 at 2pm – An LED sign presents dialogue in sync with the performance.

Chicago’s theater since 1925, Goodman Theatre is a not-for-profit arts and community organization in the heart of the Loop, distinguished by the excellence and scope of its artistic programming and community engagement.

Led by Artistic Director Robert Falls and Executive Director Roche Schulfer, the theater’s artistic priorities include new play development (more than 150 world or American premieres), large scale musical theater works and reimagined classics. Artists and productions have earned two Pulitzer Prizes, 22 Tony Awards and more than 160 Jeff Awards, among other accolades. The Goodman is the first theater in the world to produce all 10 plays in August Wilson’s “American Century Cycle.” It’s longtime annual holiday tradition A Christmas Carol, now in its fifth decade, has created a new generation of theatergoers in Chicago. The Goodman also frequently serves as a production and program partner with national and international companies and Chicago’s Off-Loop theaters.

Using the tools of the theatrical profession, the Goodman’s Education and Engagement programs aim to develop generations of citizens who understand the cultures and stories of diverse voices. The Goodman’s Alice Rapoport Center for Education and Engagement is the home to these programs, which are offered free of charge for Chicago youth—85% of whom come from underserved communities—schools and life-long learners.

Posted by Bonnie Kenaz-Mara at 3:04 PM No comments: