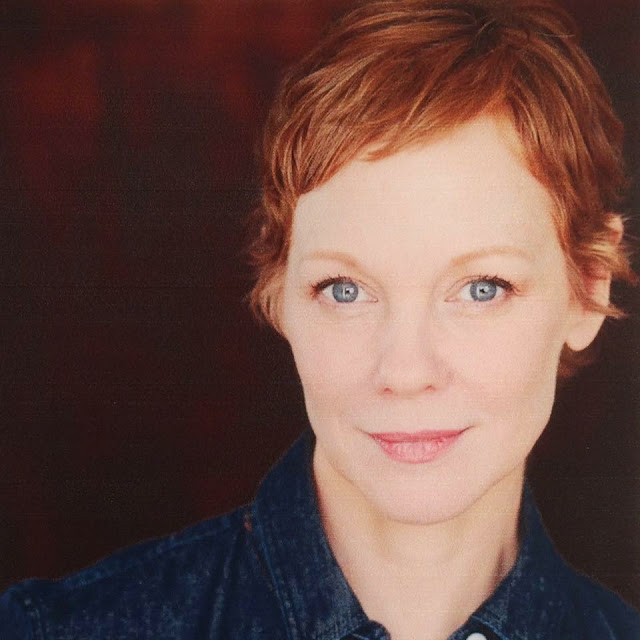 Mariann Mayberry passed away on August 1, 2017 after a long, private battle with cancer. She left the world peacefully in the company of family and friends who love her deeply.

The November 6 event will celebrate the powerful presence Mariann brought to our lives and the stage. Her remarkable talent, humor, strength and bravery were a gift to all those who knew her or saw her on stage. We are so lucky to have had her in our Steppenwolf family. She is greatly loved.

The Barrow Street Theatre in New York, 27 Barrow Street, will also host a gathering to honor and celebrate Mariann Mayberry’s life on Monday, November 13 from 6-8pm. Light refreshments served; all are welcome.

Mariann Mayberry became an ensemble member in 1993 and most recently appeared in Grand Concourse (2015). The Chicago Tribune hailed her performance as one of the ‘Top 10 performances of 2015.’ Previous Steppenwolf credits include Russian Transport, Good People, for which she won the 2013 Joseph Jefferson Award for Best Actress; August: Osage County (Chicago, Broadway, London and Sydney), Love Song, Last of the Boys, and many others. Broadway credits also include One Flew Over The Cuckoo's Nest and Metamorphoses. Off-Broadway credits include Go Back To Where You Are (Playwright's Horizon) and The Notebooks Of Leonardo Da Vinci (Second Stage).  Some other favorites include Argonautika (Lookingglass), The Odyssey (Goodman), Hamlet (Chicago Shakespeare) and How I Learned to Drive (Northlight/Alliance).  Television credits include Person Of Interest, Are We There Yet, Law & Order (C.I., Trial By Jury, SVU), Mercy, The Dave Chappelle Show, The Pennsylvania Miner’s Story. Film credits include Dogman, The Company, War of the Worlds and Since You’ve Been Gone.

Steppenwolf Theatre Company is the nation’s premier ensemble theater. Formed by a collective of actors in 1976, the ensemble today features 47 members who represent a remarkable cross- section of actors, directors and playwrights. Thrilling and powerful productions from Balm in Gilead to August: Osage County—and accolades that include the National Medal of Arts and 12 Tony Awards—have made the theater legendary. Steppenwolf produces hundreds of performances and events annually in its three spaces: the 515-seat Downstairs Theatre, the 299-seat Upstairs Theatre and the 80-seat 1700 Theatre. Artistic programming includes a seven-play season; a two-play Steppenwolf for Young Adults season; Visiting Company engagements; and LookOut, a multi-genre performances series. Education initiatives include the nationally recognized work of Steppenwolf Education, which engages 15,000 participants annually from Chicago’s diverse communities; the School at Steppenwolf; and Professional Leadership Programs. While firmly grounded in the Chicago community, nearly 40 original Steppenwolf productions have enjoyed success both nationally and internationally, including Broadway, Off-Broadway, London, Sydney, Galway and Dublin. Anna D. Shapiro is the Artistic Director and David Schmitz is the Executive Director. Eric Lefkofsky is Chair of Steppenwolf’s Board of Trustees. For additional information, visit steppenwolf.org, facebook.com/steppenwolftheatre, twitter.com/steppenwolfthtr and instagram.com/steppenwolfthtr.

Posted by Bonnie Kenaz-Mara at 10:05 AM No comments: