SAVE THE DATES: Firebrand Partners With TimeLine Theatre Company To Launch 2018-19 Season

Firebrand Theatre, the first musical theatre company committed to employing and empowering women by expanding opportunities on and off the stage, is pleased to announce its second season, featuring two fully-produced musicals, including a Chicago premiere.

This fall, Firebrand partners with TimeLine Theatre Company for a revival of the Tony Award-nominated Best Musical CAROLINE, OR CHANGE, featuring music by Jeanine Tesori (Fun Home, Violet), book and lyrics by Tony Kushner (Angels in America) and direction by Lili-Anne Brown. Rashada Dawan stars in the title role as Caroline. 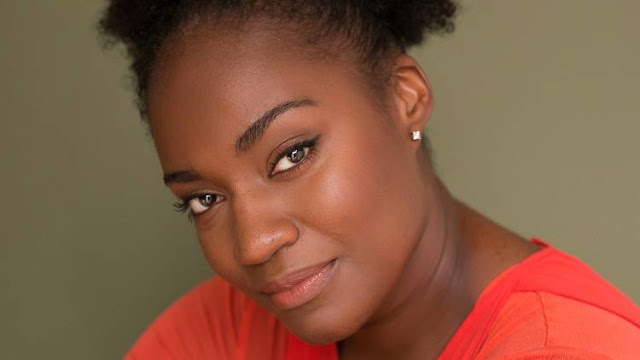 The season concludes in spring 2019 with the Chicago premiere of QUEEN OF THE MIST, featuring book, music and lyrics by Michael John LaChiusa (The Wild Party, Marie Christine) and direction by Elizabeth Margolius.

Firebrand Theatre’s current season continues with 9 TO 5 THE MUSICAL, playing through May 20, 2018 at the Den Theatre’s Janet Bookspan Theatre. Tickets are available at firebrandtheatre.org.

QUEEN OF THE MIST is based on the astounding and outrageous true story of Anna Edson Taylor, who in 1901 set out to be the first woman to shoot Niagara Falls in a barrel of her own design. Navigating both the treacherous Falls and a fickle public with a ravenous appetite for sensationalism, this unconventional heroine vies for her legacy in a world clamoring with swindling managers, assassins, revolutionaries, moralizing family, anarchists and activists. With a soaring score that incorporates turn of the century themes with LaChiusa’s signature complexity and insight, QUEEN OF THE MIST is the story of a single great fall, and how one woman risked death so that she could live.

About the Artists
Lili-Anne Brown (Director – Caroline, Or Change) is a native Chicagoan, who works as a director, actor and educator, both locally and regionally. She is the former artistic director of Bailiwick Chicago, where she directed Dessa Rose (Jeff Award), Passing Strange (BTA Award and Jeff nomination for Best Director of a Musical), See What I Wanna See (Steppenwolf Theatre Garage Rep) and the world premiere of Princess Mary Demands Your Attention by Aaron Holland. Other directing credits include Ike Holter's The Wolf at the End of the Block (16th Street Theatre), Lottery Day (Goodman Theatre New Stages Festival), Marie Christine (BoHo Theatre), Peter and the Starcatcher (Metropolis Performing Arts), The Wiz (Kokandy Productions), Xanadu (American Theatre Company), Jabari Dreams of Freedom by Nambi E. Kelley (world premiere, Chicago Children’s Theatre), American Idiot (Northwestern University); the national tour of Jesus Snatched My Edges; and Little Shop of Horrors, Hairspray, Unnecessary Farce, Cabaret, Sweet Charity, The 25th Annual Putnam County Spelling Bee and Buddy: The Buddy Holly Story at Timber Lake Playhouse. She is a member of SDC, SAG-AFTRA, and a graduate of Northwestern University.

Elizabeth Margolius (Director – Queen of the Mist) is a Chicago-based stage and movement director with a primary focus in developing and directing new and rarely produced musical theatre, operetta and opera. Stage/movement directorial credits include: James and the Giant Peach (Viterbo University, WI), Machinal (Greenhouse Theater Center), The Bridges of Madison County (Peninsula Players, WI), Uncle Philip’s Coat (Greenhouse Theater – Jeff nomination for Best Solo Performance), Haymarket: The Anarchist’s Songbook (Underscore Theatre – 3 Jeff nominations, including Best New Musical), Sitayana (Gift Theatre’s TEN Festival), The Girl in the Train (Chicago Folks Operetta), Goldstar, Ohio (ATC), The Merry Wives of Windsor (Chicago Shakespeare Theater, asst. director to Barbara Gaines), The Mikado (the Savoyaires), The Last Cyclist (Genesis Theatrical), The Land of Smiles and The Cousin from Nowhere (Chicago Folks Operetta), Opus 1861 (City Lit Theater – 3 Jeff nominations, including Best Adaptation), Violet (Bailiwick Chicago –5 Jeff nominations, including Best Musical and Best Director), Bernarda Alba and Songs for a New World (BoHo Theatre). Elizabeth is an alumna of the Lincoln Center Theater Directors Lab in New York, a recipient of a full directorial scholarship at the Wesley Balk Opera-Music Theater Institute in Minneapolis, a respondent and workshop artist for the Kennedy Center’s American College Theatre Festival and a finalist for the Charles Abbott Fellowship. She is the Co-Founder and Artistic Director Emeritus of DirectorsLabChicago; a forum for emerging nationally and internationally based stage directors. Elizabeth is a proud member of the American Guild of Musical Artists (AGMA) and the Stage Directors and Choreographers Society (SDC). 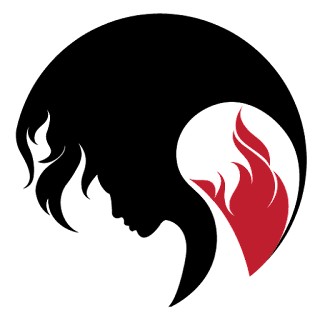 About the Companies
Firebrand Theatre is a musical theatre company committed to employing and empowering women by expanding their opportunities on and off the stage. Firebrand is a 501(c)(3) Equity theatre.

Elizabeth Margolius will direct Firebrand Theatre’s Chicago premiere of QUEEN OF THE MIST.
Posted by Bonnie Kenaz-Mara at 7:35 AM No comments: