Shows On Our Radar: ECLIPSED VIA PEGASUS THEATRE CHICAGO THROUGH NOVEMBER 4TH, 2018 AT CHICAGO DRAMATISTS

ECLIPSED
THROUGH NOVEMBER 4 AT CHICAGO DRAMATISTS

Pegasus Theatre Chicago announces its production of Eclipsed, written by Danai Gurira and directed by Producing Artistic Director Ilesa Duncan, October 4 – November 4 at Pegasus’s resident home Chicago Dramatists, 773 N. Aberdeen. The performance schedule is Thursdays – Saturdays at 7:30 p.m. and Sundays at 3 p.m. with added Saturday 3 p.m. or Sunday 7:00 p.m. performances (TBD). Tickets are $18 - $30 and are available at PegasusTheatreChicago.org. Discounts available for groups of ten or more by contacting boxoffice@pegasustheatrechicago.org.

Eclipsed, the first play to premiere on Broadway with an all female and black cast and creative team, was inspired by a photo that Gurira saw in The New York Times. “I was raised in Africa and I had never seen anything like it, women with AK-47s, dressed very hip and looking formidable.” she said. “I was keen to one day pursue that story and put it on the stage.” Taking place in a bullet-ridden rebel army camp during the Liberian civil war in 2003, the five "wives" of a commanding officer band together to form a fragile community and care for a 15-year-old girl who has been abducted and raped. The balance of their lives is upset by the return of a former "wife" turned rebel soldier who tries to convince the teen to leave the camp and fight with her. As the war draws to a close, each woman must discover her own personal means of survival in this deeply felt portrait of women finding and testing their own strength.

ABOUT DANIA GURIRA, playwright
Danai Gurira is an American actress and playwright of Zimbabwean origin who is best known for her roles as “Michonne” on the AMC horror drama series “The Walking Dead” and as “Okoye” in the Marvel Universe movies “Black Panther” and “Avengers: Infinity War.” She began her career on stage and has written critically acclaimed and award-winning plays such as In the Continuum,
which won her an Obie Award, an Outer Critics Award and a Helen Hayes Award for Best Lead Actress; Eclipsed, was nominated for a Tony Award for Best Play and won for Best Costume Design in a play; The Convert and Familiar, the last of which was commissioned by Yale Repertory Theatre. Among her other notable movies is “Mother of George,” in which she played the lead role of a Nigerian woman. She has also made guest appearances on several television
shows including “Life on Mars,” “'Law & Order” and “American Experience.” According to her, being “brought up by a scientist and a librarian”, she is “an academic at heart”, which helps her do the exhaustive research she needs to write her plays. Gurira, who feels that stories of African women are told very rarely, considers her three plays In the Continuum The Convert, and
Familiar as “parts of a trilogy on Zimbabwe’s coming of age from a feminine perspective.” 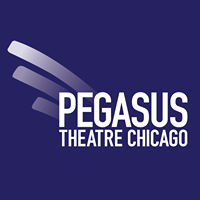 ABOUT PEGASUS THEATRE CHICAGO
Pegasus Theatre Chicago has been a mainstay in the Chicago theater community for nearly 38 years. Its mission is to produce boldly imaginative theatre, champion new and authentic voices and illuminate the human journey. The theatre adheres to the core values of community engagement, social relevance, boldness, adventure and excellence.

Pegasus is also committed to initiating important conversations through the arts with strong community engagement and socially relevant programming, including the Young Playwrights Festival for high school-age scribes, which will celebrate its 32nd year this season. Pegasus Theatre Chicago has received seventy-seven Joseph Jefferson Awards since its inception.

Pegasus Theatre Chicago is also supported by the Lloyd A. Fry Foundation, the Reva and David Logan Foundation, the MacArthur Fund at Richard Driehaus Foundation, the Albert Pick, Jr. Fund, the Gaylord and Dorothy Donnelley Foundation, Polk Bros. Foundation, the National Endowment for the Arts (NEA), the Illinois Arts Council Agency, and a CityArts grant from the Department of Cultural Affairs and Special Events (Rahm Emanuel, Mayor).