ONE NIGHT ONLY: All-woman cast to perform staged reading of TWELVE ANGRY MEN

An all-star cast of women will lend their impassioned voices to a staged reading of the classic play, TWELVE ANGRY MEN by Reginald Rose, Pride Films and Plays Executive Director David G. Zak announced today. The reading will take place on Monday, April 8 in the  Broadway Theatre of the Pride Arts Center at 4139 N. Broadway. All seats are $10.00 and are available at www.pridefilmsandplays.com. 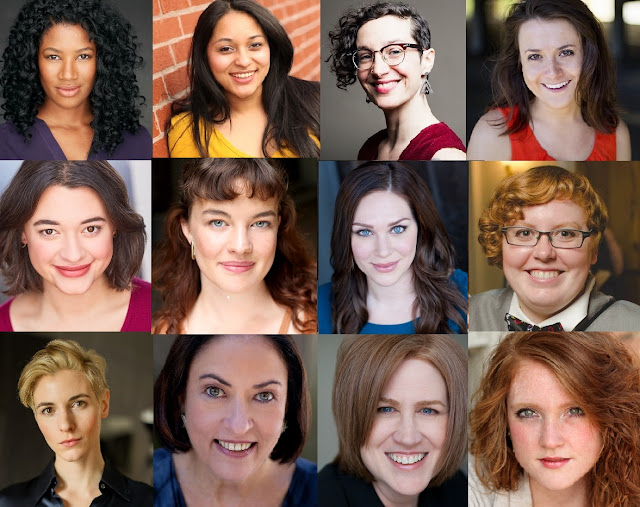 The reading is one of many such readings across the country from April 5 – 8, as part of an initiative produced by the organization 12,000 Voices, to promote gender equality. The organization’s website notes that 12 ANGRY MEN was written in 1954, 19 years before women were permitted to serve on juries in all 50 states. 12,000 Voices producer Lauren Class Schneider says, “The readings will take place in every nook & cranny of the country: red, blue and purple communities in all 50 states! And after each staged reading there will be the opportunity to update voter registration and learn about voter engagement.  Voter suppression is real. Gerrymandering is real. Our voices and our votes matter. We can increase awareness and participation through the medium we all love.”


Following the staged reading on April 8,  audience members, cast, and staff will have the opportunity to update their voter registration,  Information will also be given about how to increase voter registration and voter turnout.

The play was adapted from Reginald Rose’s 1954 teleplay of the same name for the CBS Studio One television series. The success of the made-for-television courtroom drama resulted in a film adaptation directed by Sidney Lumet. TWELVE ANGRY MEN was Lumet's first feature film, and the only producing credit for Henry Fonda, who also starred in the film. Viewed as a classic, the film was nominated for three Academy Awards, including Best Director, Best Picture, and Best Screenplay. The Broadway debut of TWELVE ANGRY MEN came 50 years after CBS aired the play, opening on October 28, 2004 at the Roundabout Theatre Company’s American Airlines Theatre where it ran for 328 performances and was nominated for three Tony Awards, including Best Revival of a Play, Best Actor in a Play, and Best Direction of a Play.

In the story, a 19-year-old man has just stood trial for the fatal stabbing of his father. It looks like an open and shut case until one of the jurors begins opening the others' eyes to the facts. Sequestered in a small room, each juror reveals their own character as the various testimonies are re-examined, and the murder is re-enacted. Tempers get short and arguments grow heated The jurors' final verdict and how they reach it is shown in tense and electrifying scenes.

Brittany Gillespie (Director) is a Chicago based freelance director, casting director, and storyteller. She is proud to be casting director and artistic associate of Stage Left Theatre. Directing credits include: UN-LIKEABLE (Ski-Productions); PASQUINADE PARADE (Crowd Theater); THE VELVETEEN RABBIT (Millbrook Playhouse); and various pieces for Drekfest (Stage Left Theatre) & Big Shoulder Festival (American Theatre Company). Assistant director credits: THE SOURCE (Route 66); WHAT OF THE NIGHT?  (Stage Left & COR); THE BODY OF AN AMERICAN (Stage Left Theatre); BRUISE EASY (American Theatre Company); and LOVE IN THE TIME OF BUMBLEHIVE (Leapfest). Brittany spends her time outside the theater working as a bicycle tour guide and scavenger hunt host. She is a graduate of the University of Arkansas, where she majored in theatre with a concentration in directing and a minor in German.

Pride Films and Plays is working to produce year-round theater and film projects that change lives through the generation of diverse new work (or work that is new to Chicago) with LGBTQ+ characters or themes that are essential viewing for all audiences. The company produces a five-play season of full productions, shoots one short film each year, and continues our famed play developmental projects. Pride Films and Plays is the principal tenant in Pride Arts Center.

Pride Arts Center produces events complimenting the PFP vision, including dance, cabaret, film, and more. Events can be one-night or limited run productions or feature national treasures like Charles Busch.  PAC occupies The Broadway at 4139 N. Broadway, which has 85 seats, and The Buena, which has 50 seats at 4147 N Broadway.

Posted by Bonnie Kenaz-Mara at 3:13 PM No comments: