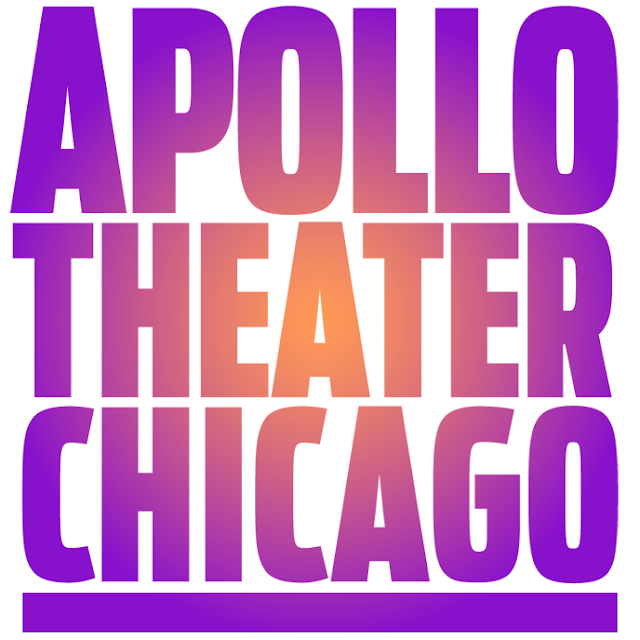 Also back by popular demand are Friends! The Musical Parody

Tickets for the new slate of shows are on sale now and can be purchased at Ticketmaster.com, by calling (773) 935-6100, or by visiting the box office at the Apollo Theater. Details and dates for ASL interpreted performances are forthcoming.

Alison Spiriti, co-founder of Right Angle Entertainment comments, “Right Angle Entertainment is thrilled to call Chicago's Apollo Theater home this winter and spring! Considering Chicago's reputation as one of the world's great comedy hubs, we cannot wait for savvy Chicagoland audiences to experience the Chicago premiere of Love Actually? The Unauthorized Parody Musical. Also, Friends! The Musical Parody, will return to Chicago after a sold out 2019 run at the Broadway Playhouse and then we will extend our commitment to Chicago audiences by producing the world premieres of our latest parodies,  Parks & Rec! The Unauthorized Parody Musical and Bachelor: The Unauthorized Musical Parody right here at The Apollo this March.”

Created and Performed by Charles Ross

Canadian actor and uber geek, Charles Ross, brings his solo madcap creation One-Man Star Wars Trilogy to the stage in this mind-bending whirlwind of a show.  Ross retells the classic bad hair trilogy in 60 minutes- no costumes, no props, no sets- all the characters, the music, the ships, and the battles.

If your kid’s name is Chewbacca, this show is a no-brainer. If not, get your nerd on and experience the global sensation loved by audiences from London’s West End, Off-Broadway, Dubai, the Sydney Opera House, Lucasfilm, and Charlie’s mom. The Force is strong with this one.

One-Man Star Wars Trilogy is recommended for all ages.

Book and Lyrics by Richelle Meiss

Bachelor: The Unauthorized Musical Parody is the most dramatic unauthorized musical parody of The Bachelor yet! With songs like "Sob Story," "Two-On-One Tango," and "The Date Card is a Riddle," this uproarious parody is packed with romance, competition, and contestants who may or may not be here for The Right Reasons.  Whether you love The Bachelor, only watch The Bachelor with your girlfriend, or have never seen The Bachelor, get ready to fall in love with this musical. Who will get the final rose? Who will go home heartbroken? And how many Bachelor jokes can they cram into a 90-minute musical?  You’ll just have to come pick up your rose and find out!

Bachelor: The Unauthorized Musical Parody is recommended for ages 13+. 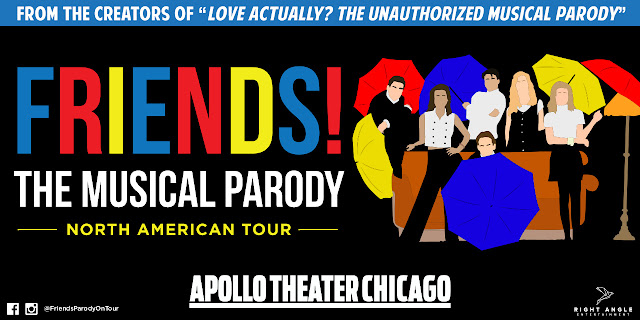 BACK BY POPULAR DEMAND!

Friends! The Musical Parody is the comedic musical that lovingly pokes fun at TV’s Friends, celebrating the adventures of your favorite group of 20-something friends as they navigate the pitfalls of work, life and love in 1990s Manhattan.  It’s a typical day at New York’s only coffee shop, Central Perk, until an unexpected runaway bride enters the picture and kicks the whole gang out of second gear! The musical recreates our favorite moments from all 10 years of Friends through an uncensored, fast-paced, music-filled romp.

FRIENDS! THE MUSICAL PARODY is recommended for ages 13+. 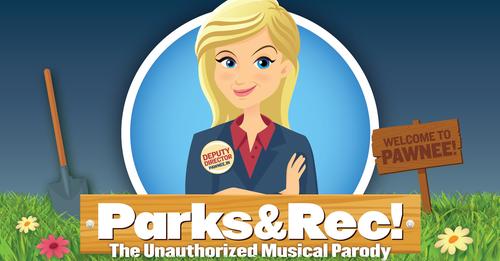 Pawnee, Indiana may be ranked #19,000 in America, but it's #1 in Leslie's heart. As deputy director of the Parks and Rec department, the future of the town and its wacky citizens are in Leslie's hands. Will Pawnee run out of money? Can Sweetums save the town with corn syrup? Will anyone fill the pit!? It's up to Leslie and her team of quirky bureaucrats to save Pawnee!

Parks & Rec! The Unauthorized Musical Parody is recommended for ages 13+.

Written by Bob and Tobly McSmith

Music and Orchestration by Basil Winterbottom

Critics hailed the initial 2019 New York production as “unadulterated joy at its finest” (Theatre Life) and “a show to get you in the holiday spirit—fabulous theater that you are going to want to put on your list!” (NBC, New York Live!).

The cast of Love Actually? The Unauthorized Musical Parody includes Ann Delaney (Emma Thompson and Others), Jake Elkins (Colin Firth and Others), Ryan Foreman (Peter and Others), Dan Plehal (Hugh Grant and Others), Amanda Walker (Keira Knightley and Others), and Christopher Wayland (Liam Neeson and Others). Understudies for the company are Daryn Alexus, Jesi Mullins and Dylan Obrochta. 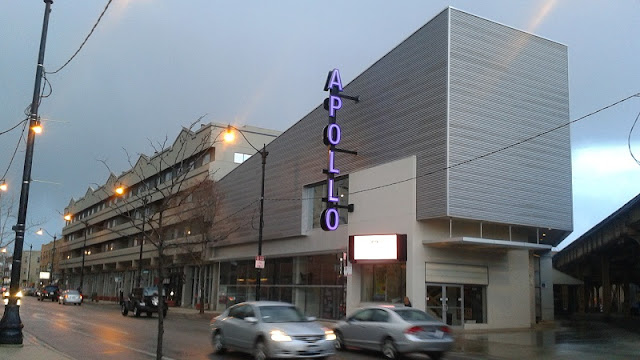