REVIEW: Kokandy Productions' Bonnie and Clyde a Musical Melee of Carnage and Charisma 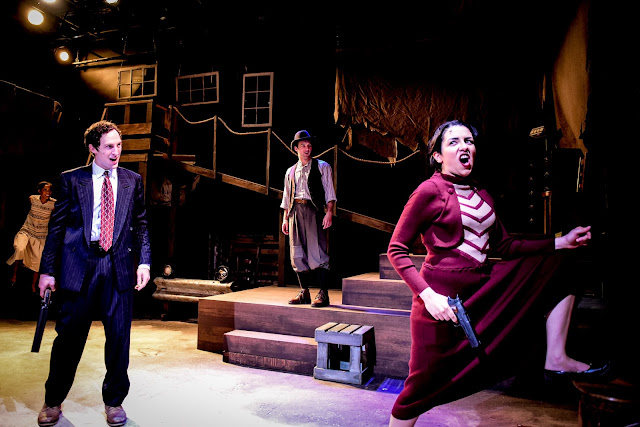 All Photos by Evan Hanover

Review:
I had the great pleasure of catching the press opening of Bonnie & Clyde at Theater Wit on Saturday, and I was wowed by the vocal chops of the entire cast. With a live band comprised of fiddle, guitar, keyboard, and percussion, and a southern rockabilly, blues, and gospel infused score, the scene is set for a stellar new take on this familiar tale. I was particularly intrigued by the double casting of Bonnie & Clyde as their childhood selves around age 10/12, along with their young adult, outlaw personas. The younger selves not only opened the show, but reappeared on stage and sang with their older versions in an effective visual and auditory reminder of childhood hopes and dreams gone awry. 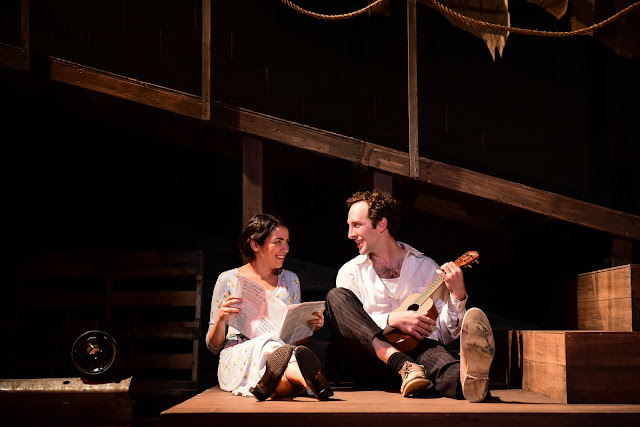 Though billed as a musical play rather than a musical, spoken lines are sparse and there are dozens of duets, that strengthen the characters' relationships with one another as much as they advance the plot. Set during the desperate times of The Great Depression, the foreclosures, destitution, and lack of options among the Texas townspeople could just as easily have happened today. The placating preacher peddling the placebo of religion, could also be believably set in this millennium. 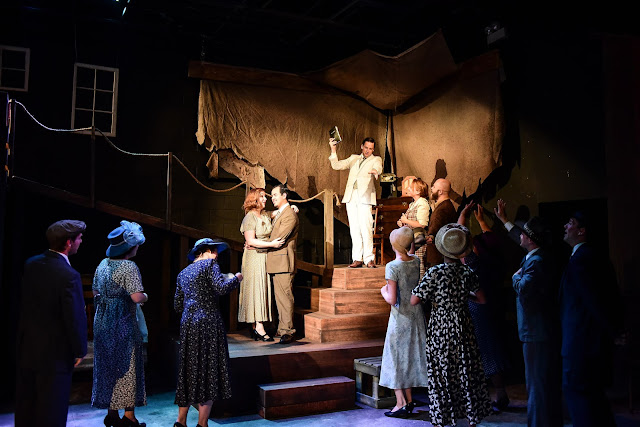 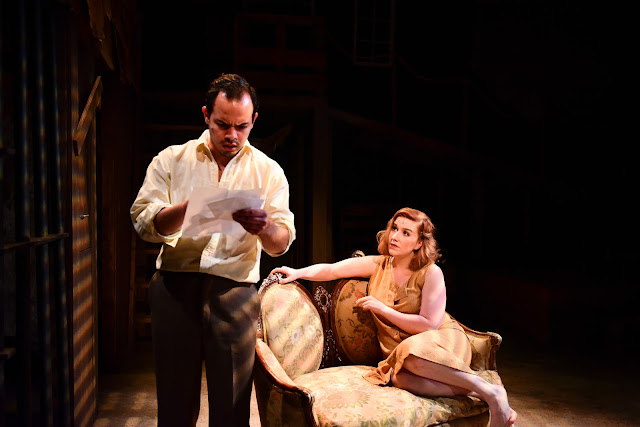 The lighting design, with ominous foreshadowing of prison stripes, between the Barrow brothers' first prison break and subsequent arrests, and later as Buck contemplates rejoining his brother and returning to a life of crime, was eerily effective. 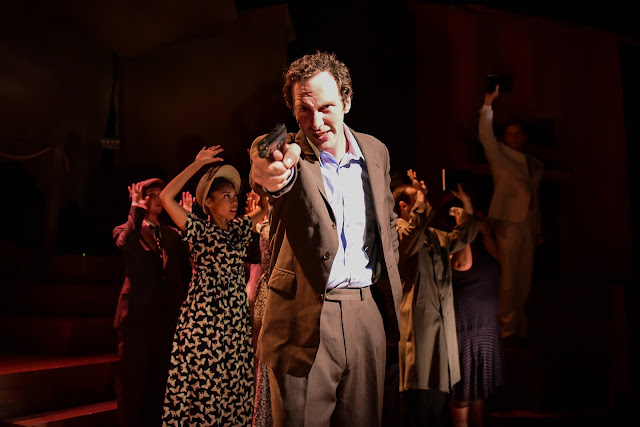 It's easy to see the allure of violence and crime, to those who have nothing and little to lose. With cops literally out to get them since childhood, for crimes real and imagined, Clyde and his brother, Buck, rightfully feel they have limited options. With a charming grin, a lead foot, and the invincibility of youth, Clyde was nearly irresistible to Bonnie, a young girl with big aspirations, desperate to get outta town, and longing for adventure. Bonnie and Clyde reveled in the infamy and press exposure as much as the material gain, and that's readily apparent in this production.


Through catchy, upbeat tunes and romantic ballads, the audience is swept up in the love stories of the doomed Barrow brothers and their respective wife and lover. Even after a trail of carnage and crime, these folk heroes were then and are still sympathetic characters today. It's amusing to me, in a dark way, that Bonnie signed autographs for admiring fans during bank robberies and finally achieved her childhood dreams of publishing her poetry and becoming a household name, though not as a silver screen starlet in Hollywood, as she'd hoped. 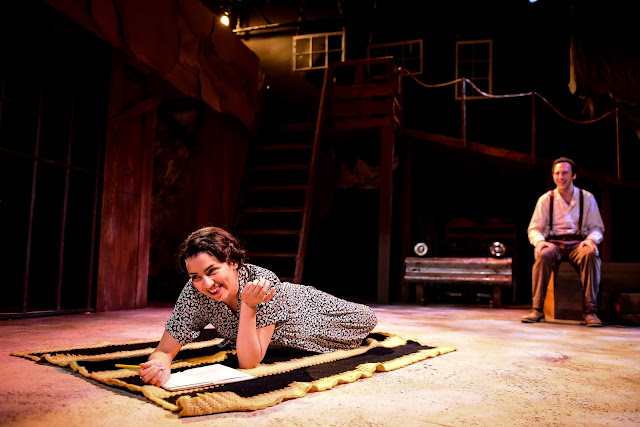 The Kokandy cast makes excellent use of the intimate Theater Wit main stage, with multiple levels and playing spaces and clever, minimalist props like the "vehicle" above, made from headlights and a metal rail. The soaring choruses and verses of this scintillating score more than fill the space and make the show's nearly two and a half hours fly by. Highly recommended. 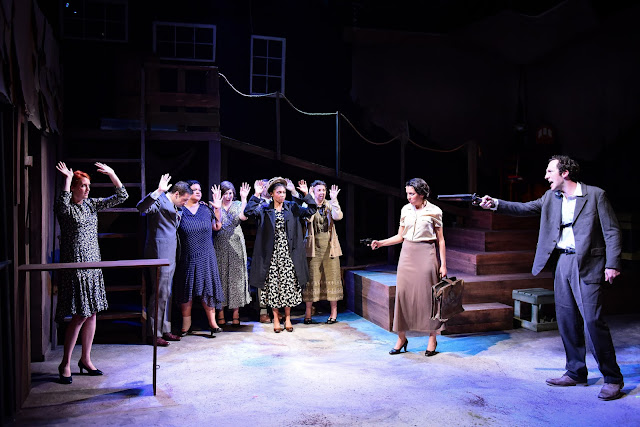 Posted by Bonnie Kenaz-Mara at 9:48 PM No comments: