Simone Felice is a founding member (lyricist, vocalist, drummer and guitarist) of internationally acclaimed, Catskill Mountain-based artists The Felice Brothers and The Duke & The King. He has toured and worked with the likes as The Band’s Levon Helm, Conor Oberst & Bright Eyes, Gillian Welch & David Rawlings, The Lumineers, Mumford & Sons, Rick Rubin, The Avett Brothers, and Old Crow Medicine Show. 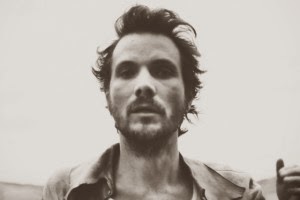 In 2010 Simone underwent emergency open-heart surgery to correct the slow, degenerative effects of a childhood fever. It was this close brush with death, coupled with the need to tell his own story, which prompted him to walk the solo artist’s path.

His new full-length album, Strangers, is a ten song collection recorded in the Catskills with guest artists The Felice Brothers, Leah Siegel, and Wesley Schultz & Jeremiah Fraites of The Lumineers. Here is an effort that truly captures Simone’s rare gift as a poet, song-crafter and unique visionary. 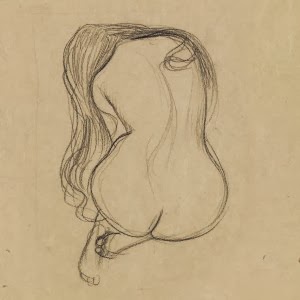 “Each song somehow sounds like a classic, each live performance suggesting we are in the presence of a rare, fiery brilliance.” The Guardian

“Often times the word ‘poet’ is casually assigned to a songwriter, and all too often it is not true. Simone Felice is a poet to the core.” Wesley Schultz of The Lumineers

“Dylan and Leonard Cohen are brought to mind, such is the depth of emotion wrought by Felice’s careful approach… Shows the power of music to lift your spirits and make your heart full – absolutely fantastic.” BBC

“The most unique person I know in the world, incredible charisma. He sees things in a way that nobody else sees them, which is why his music is beautiful.” Ben Lovett of Mumford & Sons

“There is a boldness to Simone’s writing, the fierceness and fearlessness of complete honesty that pushes into places that simply take the breath away…some of his songs are so perfectly formed they sound like they might have been around forever… the best I have heard in a while, touching the hem of Dylan by way of Gordon Lightfoot…These songs are good enough to be sung by the whole world” The Telegraph

* BIO *
Simone Felice is a celebrated songwriter, author, and poet. He was born on 4 October 1976 in Palenville, New York, a small working-class hamlet in the Catskill Mountains.

At the age of twelve Simone suffered a brain aneurysm and was pronounced clinically dead for several minutes. Recovering from emergency brain surgery in a local hospital, he spent two months in intensive care, relearning basic motor skills, including reading and writing.
When he was fifteen he formed a punk band with friends, making weird noise-rock in his grandpa’s barn. Their emphasis was on head-banging and freaky storytelling. By eighteen, he had quit school to panhandle and play bars and low down clubs, including New York City’s fabled CBGB.

It was around this time that Felice began writing poetry and vignettes, eventually leading to the publication of his first collection, The Picture Show, when he was twenty-two years old. He began performing these bizarre monologues regularly at the historic Nuyorican Poets Café in New York’s lower east side, garnering the young poet invitations to read in London, Harvard University, San Francisco and Berlin.

In 2004 and then 2005 Simone’s first works of short fiction were published: Goodbye Amelia, a coming of age story about a small-town girl with secrets to keep and a hunger to see the world, and Hail Mary Full of Holes, a fable noir about a runaway prostitute lost in the dawn of the Reagan era.

In the Fall of 2001, just after the attacks on New York City, Simone began writing songs with his brother Ian. Together they retreated to the woods they grew up in where, jobless with a cheap guitar, they wrote and made recordings (two collections know as The Big Empty and Mexico) with their friend Doc Brown. In this manner the two brothers clocked five years in complete obscurity, sewing the seeds of what would become (with the edition of their younger brother James in the Winter of 2006) The Felice Brothers, whose subsequent albums Through These Reigns And Gone, Tonight at the Arizona, The Felice Brothers, and Yonder is the Clock have garnered international praise, earning these Upstate New York natives an inarguable place in the Great American Songbook. Over the group’s early history, from starting out playing New York’s subways and streets, to Radio City Music Hall and beyond, brother Simone has been one of it’s key lyricists and arrangers, co-writing some of the boys’ most beloved songs, including Don’t Wake The Scarecrow, Frankie’s Gun, Run Chicken Run, Ruby Mae, Whiskey in My Whiskey, Love Me Tenderly, Hey Hey Revolver, Mercy, Wonderful Life, Your Belly In My Arms, The Devil Is Real, and Radio Song to name a few.

At the request of iconic record producer Rick Rubin (Johnny Cash, Tom Petty, Beastie Boys, Adele, et al), Simone flew to California in the late summer of 2008 to play drums on the Columbia Records release I and Love and You by The Avett Brothers. Lending his signature Catskill Mountain dirtbag swing to the Avett’s riveting songwriting and Rubin’s thoughtful production, Felice appears on some of the albums stand-out songs, including the title-track and lead single I and Love and You, which helped send the album to #1 in the Billboard folk charts

In the winter of 2009 personal tragedy reared its head when Simone and his long-time love lost their first child in a late-term miscarriage. It was then that he retreated to a cabin in the Catskill’s with old friend Bird and began writing and recording the songs that would (unknown to them at the time) become The Duke & The King’s album debut. Taking their name from the itinerant Shakespeare theatre grifters in Mark Twain’s The Adventures of Huckleberry Finn the project released its gripping Nothing Gold Can Stay in the Summer of 2009 to critical acclaim, being hailed as one of the most haunting and honest albums of the year. 2010′s followup Long Live The Duke & The King has been similarly praised.

Felice’s first novel, Black Jesus, was released by award-wining publisher Allen & Unwin (Atlantic Books/Faber&Faber) and Random House Germany. It tells the story of a young Marine shipped home to his nowhere town after being blinded in action by a homemade bomb, and the unexpected friendship he finds with a mysterious dancer who arrives one day fleeing darkness and violence of a different kind. Part love story, part protest of the broken promises lying at the heart of the American dream, Black Jesus is a passionate, twisted hymn to the marginalized and forgotten.

On 2 June 2010, after a series of fainting spells, Simone underwent emergency open-heart surgery at Albany Medical Center when doctors discovered that a childhood congenital disorder had left the thirty-three year old with an irreversible calcification of the aortic valve, leaving only 8% blood-flow to the body and brain. Just two weeks after the surgery he joined his brothers on stage at Pete Seeger’s annual Clearwater Festival to help rid their beloved Hudson River of industrial waste. The following month his daughter, Pearl Simone Felice was born, a healthy blue-eyed girl who came in a summer thunderstorm.

In the subsequent years following his operation and Pearl’s birth, with a new mechanical heart-valve ticking away the time, Felice did what it seems he’s always done: He wrote songs. With a renewed clarity and sense of purpose, Simone bent to his new work, leaving behind any past monikers, in search of something pure, something truly his own.

April 2012 saw the release of his self-titled debut solo album, featuring songs such as New York Times, You & I Belong,and Charade which have become staple highlights in his live appearances. Among other accolades, Nick Hasted of The Independent called the record: ‘A taut masterpiece of terrifying, exhilarating American tales.’

Simone’s new full-length album, Strangers, (due out March 2014) is a ten song collection recorded in the Catskills with guest artists The Felice Brothers, Leah Siegel, and Wesley Schultz & Jeremiah Fraites of The Lumineers. Here is an effort that truly captures Simone’s rare gift as a poet, his high song-craft and unique vision; an album certain to cement Felice’s place as one of the great songwriter-poets of his generation.

Recently Britain’s esteemed Guardian newspaper commissioned Felice to write a personal memoir on the subject of his near-death experiences, first as a young boy, then as a grown artist, and how these two odd brushes with ‘the other side’ have influenced his work. The piece begins with a lyric from The Wizard Of Oz:

I would not be just a nuthin’, My head all full of stuffin’,
My heart all full of pain.
I would dance and be merry,
Life would be a ding-a-derry,
If I only had a brain…

Simone lives less than a mile from the creek-house he was born in, and travels his own country and abroad sharing his songs and stories