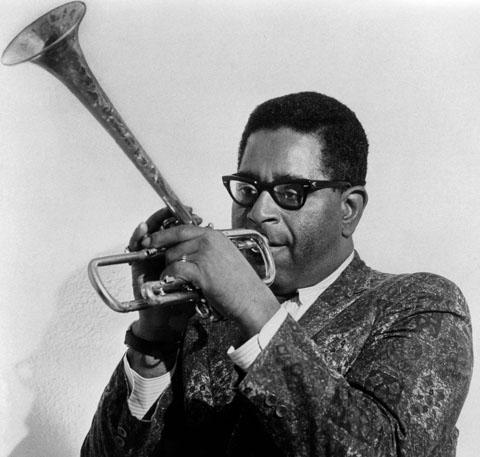 The Chicago Jazz Orchestra, under the direction of Jeff Lindberg, will celebrate the centennial of Dizzy Gillespie with Definitively Dizzy, a live concert celebrating one of the greatest jazz trumpeters of all time.

Definitively Dizzy is a one-night-only event, Saturday, May 20 at 7:30 p.m. at the newly renovated Studebaker Theater, 410 S. Michigan Ave. on the first floor of Chicago's historic Fine Arts Building. Tickets are $35 and $45. For tickets and information, visit chicagojazzorchestra.org or call (312) 753-3210.

Internationally known guest artists include two-time Grammy winner Roy Hargrove, one of the most innovative trumpeters in the world and a frequent performer at Chicago's Jazz Showcase.

Marquis Hill, a rising young jazz star and winner of the 2014 Thelonious Monk International Jazz Competition, is returning to his hometown, Chicago, to perform with the CJO in Definitively Dizzy.

Also on the program is Walter White, a powerhouse player from Detroit.

"The CJO will present an exciting and explosive celebration of Dizzy Gillespie's 100th year, focusing on his formidable big band repertoire. The performance will include such Gillespie classics as 'Salt Peanuts,' 'Manteca,' 'Groovin' High,' 'A Night In Tunisia,' 'Cool Breeze,' 'Things To Come,' 'Tour de Force,' ''Round Midnight' and many more. With soloists Roy Hargrove, Marquis Hill and Walter White, along with the regular CJO trumpet section, Definitively Dizzy promises to be one of Chicago's top jazz events of 2017."

"We're thrilled to be one of first music ensembles to perform in the Fine Art's Building's recently refurbished Studebaker Theater," added Travis Rosenthal, Executive Director, Chicago Jazz Orchestra. "The Studebaker is truly a hidden gem, and the ideal setting for a musical salute to one of the jazz greats of all time." 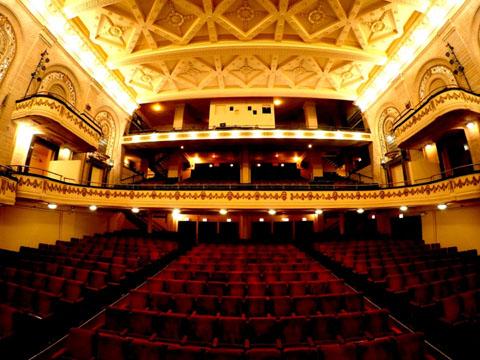 Founded in 1978, the 17-piece Chicago Jazz Orchestra is Chicago's oldest professional jazz orchestra in continuous operation and one of the oldest jazz repertory orchestras in the country. As recently as 2015, Howard Reich of the Chicago Tribune cited the CJO as "one of the best big bands in the country."

About Dizzy Gillespie
John Birks "Dizzy" Gillespie (1917-1993), along with Charlie Parker, ushered in the era of Be-Bop in the American jazz tradition. He left a legacy of goodwill and good humor that infused musicians and fans throughout the world with the genuine sense of jazz's ability to transcend national and ethnic boundaries. For this reason, Gillespie was and is an international treasure.

Gillespie was born 100 years ago in Cheraw, South Carolina, the youngest of nine children. He began playing piano at age four and received a music scholarship to the Laurinburg Institute in North Carolina. Most noted for his trademark "swollen cheeks," Gillespie admitted to copying the style of trumpeter Roy Eldridge early in his career.

Gillespie replaced Eldridge in the 'Teddy Hill' Band after Eldridge's departure. He eventually began experimenting and creating his own style which would eventually come to the attention of Mario Bauza, the Godfather of Afro-Cuban jazz who was then a member of the Cap Calloway Orchestra. Gillespie joined Calloway's band in 1939, but was famously fired after two years when he cut a portion of Calloway's backside with a knife after Calloway accused him of throwing spitballs. The two men later became lifelong friends and often retold this story with great relish.

Although noted for his on and off-stage clowning, Gillespie endured as one of the founding fathers of the Afro-Cuban and Latin Jazz tradition. Influenced by Bauza, he was able to fuse Afro-American jazz and Afro-Cuban rhythms to form a burgeoning CuBop sound. Indeed, many Latin jazz classics such as "Manteca," "A Night in Tunisia" and "Guachi Guaro [Soul Sauce]" were composed by Gillespie and his musical collaborators.

The CJO is Chicago's oldest professional jazz orchestra in continuous operation and one of the oldest jazz repertory orchestras in the country. When Jeff Lindberg and the late Steve Jensen first came up with their big band concept in 1978 (founded as the Jazz Members Big Band), they could not have predicted the remarkable metamorphosis that has turned a group of first-call musicians into what is now known as the Chicago Jazz Orchestra, a 17-piece premiere jazz ensemble that has garnered both national and international recognition.

Conductor and Artistic Director Jeff Lindberg is one of the foremost transcribers in jazz. As a result, the orchestra's repertoire draws upon his vast library, which includes the works of Duke Ellington, Count Basie, Dizzy Gillespie, Lionel Hampton, Benny Carter, Oliver Nelson, Ray Charles and many others. Because the CJO has its own transcriptions of the original recordings, much of the music presented in its concerts cannot be heard anywhere else. The CJO also performs compositions and arrangements by members of the CJO, including Associate Artistic Director Charles Harrison.

The CJO has served as the resident orchestra for the Kennedy Center Honors Supper Dance for more than 25 years. In 2006, the Orchestra performed before a sold-out audience at the Spoleto Festival USA in Charleston, South Carolina. The CJO has toured Europe twice, including performances in Italy, Spain, Denmark and Sweden. The Orchestra has performed with such artists as Dizzy Gillespie, Nancy Wilson, Louis Bellson, Herbie Hancock, Jon Faddis, Kurt Elling, Jack McDuff, Kenny Burrell, and many more.

The orchestra performs at a wide variety of top venues across the Chicago area, from City Winery to the Spertus Institute. Merit School of Music is the orchestra's educational partner, including day-long clinics that culminate with students performing alongside members of the CJO, master classes led by renowned guest artists and open rehearsals. The CJO also provides complimentary concert tickets to underserved public school students and their families.

The CJO's recordings include Clark Terry and Jeff Lindberg's Chicago Jazz Orchestra: George Gershwin's Porgy and Bess (Americana Music, 2004), nominated "Jazz Album of The Year" by the Jazz Journalist's Association, and a rare "Five Star" rating by DownBeat magazine, which also named it one of the top recordings of the previous decade. It also made the annual "top CD's" lists of Jazz at Lincoln Center, Jazz Times and Jazz Education Journal.

To celebrate its 35th anniversary in 2013, the CJO released Burstin' Out with vocalist Cyrille Aimée performing classic and original jazz arrangements.

The CJO's newest release is the 2017 compilation Live from Space, with live recordings from the summer of 2016.