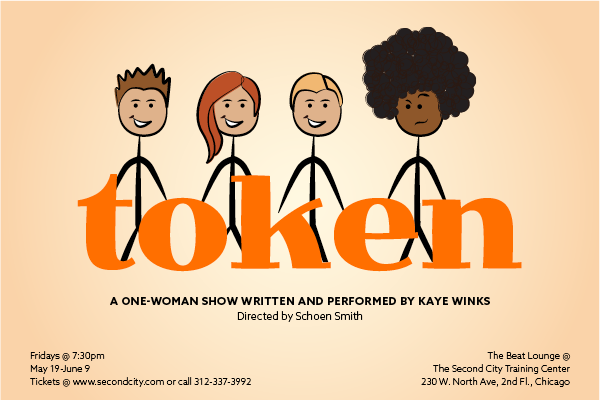 Kaye Winks has been a token black for as long as she can remember.

In her new one-woman show Token, Winks shares her hilarious and often cringe worthy adventures in being that lone black person in a world of white.

Through her colorful portrayals of family, friends, strangers and foes, Winks offers a comic and ironic look at what it's like to be the token black person.

But white people aren't her only target. Winks also casts a smart, funny and sometimes sobering lens on class clashes within the black community.

"Token is unapologetically un-PC, but it's fair in its political incorrectness because I pick on everyone equally," says Winks. "The show actually brings people together by 'telli ng it like it is.'"

Don't miss Winks' hilarious, 60-minute takedown of the race discussion through the voices and stories of 30 characters we've all met at some point in our lives. 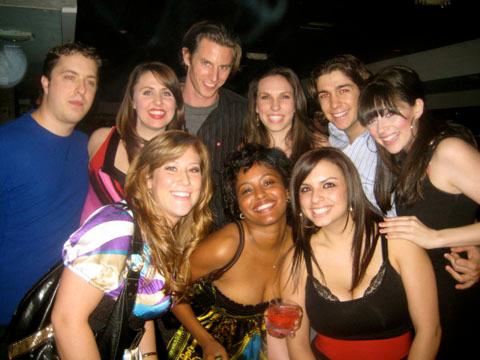 
Token information
Kaye Winks has been a token black since the day she was born in Naperville, Illinois to black Republicans. Today she is a stage and screen actress, writer, part-time funny person and full-time cat person. Winks trained at the Moscow Art Theater's Stanislavsky School in association with the American Repertory Theater and Harvard University. Her improv training was at the Second City Chicago. She also studied physical comedy and clown with world-renowned French master teacher, Philippe Gaulier. She has been featured in national commercial and print campaigns for Honda, Sony and Hot Pockets among others. She has recently returned to Chicago following a six-year stint in LA.


Schoen Smith (director) is an actress, writer, producer and director. In March, she directed a sold-out, one-night only performance of Token as part of Collaboraction Theatre Company's Gender Breakdown Lounge series. She also premiered her original spoken word piece Hands Up at Collaboraction's 2016 PEACEBOOK Festival. Before moving to Chicago, she was Producing Director for DOMA Theatre Company in Los Angeles, and also produced the hit play Elevator in the inaugural Hollywood Fringe Festival. She is a co-producer on the award-winning documentary about homeless youth, American Street Kid, which won Best Social Impact Film at the Hollywood Film Festival and People's Choice Award and Power in Film Award at The Beloit International Film Festival this year. She is the Director of Development for Collaboraction and the VP of Development for Venture Hill Entertainment, LLC.