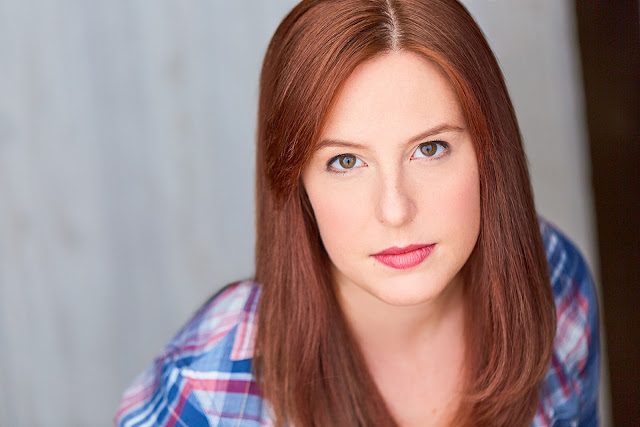 Comments outgoing Artistic Director Benjamin Brownson, "Elise and Rose are amazingly talented theatre makers, administrators, leaders, collaborators and human beings. They have been pivotal to the company's success and growth in recent years, and I am thrilled for them to take on these roles and leadership of the company as we enter an exciting new chapter for Broken Nose."

BNT’s new Artistic Director Elise Marie Davis adds, “Broken Nose Theatre was my very first artistic home in Chicago, and I am honored to take on the mantle as its newest Artistic Director. I'm consistently reminded of how proud I am to be part of a company that strives for economic accessibility through our Pay-What-You-Can ticketing model, which opens the door wide to all potential patrons, regardless of socio-economic status. I'm also humbled to be joining the elite group of female-identifying artistic directors in our incredible city, many of whom I've looked up to for a great many years. I'm so excited to take this company into the next phase of its artistic growth.”

Elise Marie Davis has been a Broken Nose Theatre company member since 2013, after serving as an Associate Producer for their inaugural Bechdel Fest. She has served as both Casting Director and (since 2016) Associate Artistic Director. She works around town as an actor and playwright, and her credits include Lyric Opera, Strawdog, Route 66, Pride Films and Plays, Shattered Globe and The New Colony, among others. She also appears in Squid, a short-form comedy series premiering on Amazon Prime later this Summer. At BNT, she wrote and starred in her first full-length play A Phase, which has subsequently been taught at the University of Chicago, and was part of the cast of At The Table, which won four non-Equity Jeff Awards including Best Production/Play and Best Ensemble. Next at BNT, her short play Every Other Tuesday will be part of Bechdel Fest 6, opening at Steppenwolf’s 1700 Theatre in late July, and she will be onstage this Fall in Plainclothes, a world premiere written and directed by company member Spenser Davis. She is also a Factory Theater ensemble member and is represented by Big Mouth Talent Agency.

Rose Hamill is a freelance stage and production manager. Rose believes that the creation of theatre is an exploration of humanity in all of its honest, not-always-tidy complexities, and she's driven by this constant sense of discovery. Previously, Rose has served as the Company Manager of Broken Nose Theatre, as well as stage managed their productions of A Phase, Bechdel Fest 4 and At the Table, the latter of which won four non-Equity Jeff Awards including Best Production of a Play. She has also worked with Windy City Playhouse (This), Cock & Bull Theatre (Lecherous Honey), The New Colony (PUNK), and Babes with Blades Theatre Company (The Good Fight), among others. Rose is a member of the United States Institute of Technical Theater, where she was fortunate enough to participate in the Stage Management Mentorship Program years 2016 and 2017. Rose holds a Bachelors of Arts degree in Technical Theatre from Columbia College Chicago, with minors as a Teaching Artist and in Arts Administration.

Broken Nose Theatre is a Pay-What-You-Can theatre company. Founded in 2012, BNT was this year's recipient of the Emerging Theater Award, presented by the League of Chicago Theatres and Broadway in Chicago. The company has produced and developed 11 full-length plays (including 8 Chicago or World Premieres) and over 40 new womencentric short plays through their annual Bechdel Fest. We strive to spark conversation, cultivate empathy, and amplify underrepresented voices, and are committed to making new, exciting and relevant theatre that is economically accessible to all audiences. For more information, please visit www.brokennosetheatre.com.

Posted by Bonnie Kenaz-Mara at 3:05 PM No comments: