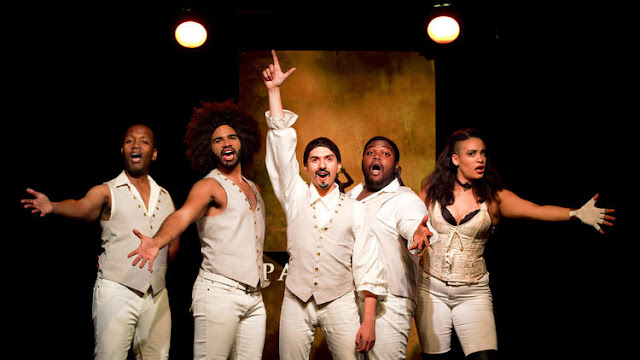 Here at ChiIL Live Shows, we're HUGE Hamilton fans. The soundtrack has been in heavy rotation before and after we had front row seats to the live show. Now, like most super successful productions, Hamilton has spawned several spoof spinoffs. We're quite excited to check out Spamilton. Check back soon for our full review.

“Spamilton” celebrates, roasts and eviscerates the Broadway blockbuster with its versatile cast of seven. Its world-premiere production off-Broadway in New York has been extended three times and is now in its ninth smash month at the Triad. The New York production earned rave reviews across the board, hailed as "The next best thing to seeing ‘Hamilton’” (The New York Post), “So infectiously fun!” (The Hollywood Reporter) and had Lin-Manuel Miranda exclaiming, “I laughed my brains out!” 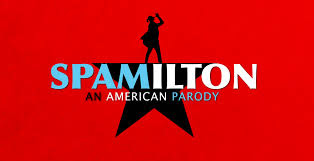 Posted by Bonnie Kenaz-Mara at 6:23 AM No comments: