ChiIL Live Shows has shot Van Ghost at so many great shows over the past year.   They're a lot of fun to see live, especially when they jam out with major players like Allie Kral from Cornmeal.   Even on their Allie free gigs, they're worth a listen, just to see uber talented Jennifer Hartswick (Trey Anastasio Band)!


Here at ChiIL Live Shows/ChiIL Mama, we gave away free tixs to their House of Blues gig and to Chicago Bluegrass and Blues Fest, where they played The Congress Theatre.   We also gave away free tickets to Northcoast Music Fest where they rocked the stage and we got more smokin' shots.   We recommend checkin' em out at Summer Camp this weekend. 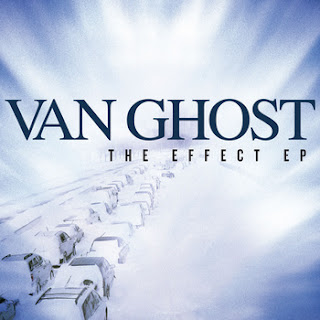 Here's their bio from the Summer Camp site:


For nearly a decade Michael Harrison Berg of Van Ghost was a behind the scenes type of guy. Having poured his energy into his ventures as a concert promoter and band manager, little was left over for personal creative endeavors.

That all changed in 2007 when Berg’s close friends encouraged him to revisit the acoustic guitar he put down in his younger days and asked him to perform a song at their wedding. Melding the inspiration from the many talented bands he has worked with and his own passion for music, the singer returned to his roots. He began writing songs, drawing from his life experiences, creating a heartfelt and staggeringly honest perspective. After building up a solid repertoire of poppy folk ballads, gritty Americana tunes and classic rock laced jams, Berg called on his dear friend Jennifer Hartswick (Trey Anastasio Band), and they collectively assembled an all-star cast of musicians and named the project Van Ghost.

Following up their debut record, “Melodies For Lovers”, on Split Red Records, the band headed down to Nashville, TN to begin the tracking of their next release “The Domino Effect” for Dustimmoff Records (a start up label with Split Red owner Timm Martin & 8 time Grammy winning Producer/Engineer/Mixer Justin Niebank). With Justin Niebank at the helm the bands sound continues to develop and expand. Berg has established that he is as comfortable operating under the spotlight as he is behind the curtain. With Van Ghost, he sets out to inspire music fans the same as other artists have inspired him – one song at a time.
Posted by Bonnie Kenaz-Mara at 8:11 PM No comments:

Posted by Bonnie Kenaz-Mara at 6:44 PM No comments: