BLUES LEGEND ELVIN BISHOP AND HIS BIG FUN TRIO TO PERFORM IN CHICAGO! 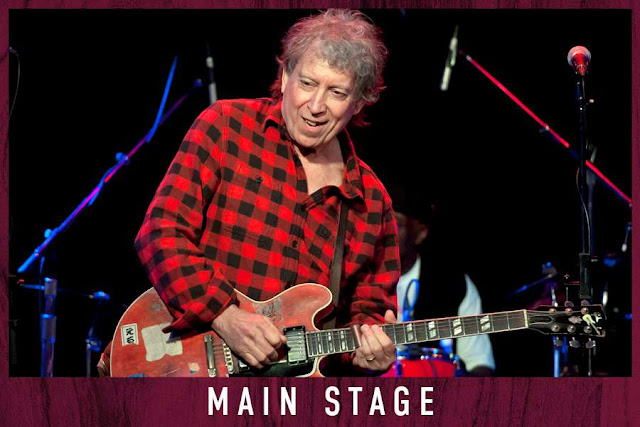 “Deceptively loose but always tight…the raspy chuckle in Bishop’s singing and the sharp sting of his guitar are forceful and fresh, enduring and fun.”--Fresh Air, NPR

Rock & Roll and Blues Hall of Famer Elvin Bishop will bring his Big Fun Trio -- Bob Welsh on piano and guitar and Willy Jordan on cajón (a hand-played Peruvian drumbox) and vocals -- to City Winery in Chicago on Wednesday, April 6, 2022. The Big Fun Trio’s Grammy-nominated Alligator Records release, Something Smells Funky 'Round Here, is rootsy, spirited, humorous and soulful, performed by serious musicians hell-bent on having a good time. Bishop, a natural storyteller, is as slyly good-humored and instantly crowd-pleasing as he was when he was scoring Southern rock-styled hits during the 1970s or cutting award-winning blues albums over the last 30 years. His most recent award-winning Alligator Records release, 100 Years Of Blues , was recorded with Bishop’s friend, Grammy-winning harmonica master Charlie Musselwhite. 100 Years Of Blues, was recently nominated for a Grammy Award for Best Traditional Blues Album.

Ever since Elvin Bishop first hit the scene with the Paul Butterfield Blues Band back in 1965, he’s blazed his own musical trail. Whether he was playing raw, eye-popping blues, or penning the evergreen radio hit Fooled Around And Fell In Love, or touring the world for decades delivering his original, good-time countrified blues, Bishop has always inspired his fans with his rowdy guitar playing and witty, slice-of-life songs. Rolling Stone calls Bishop “a legendary guitarist” whose playing is “impeccable and spirited…a distinguished American player.”

Something Smells Funky 'Round Here was produced by Bishop and recording engineer Steve Savage and recorded at Bishop’s Hog Heaven Studio in Lagunitas, California. Bishop wrote or co-wrote five songs (including two by the entire trio). The album mixes rousing new originals, reinventions of three Bishop classics and some unexpected, soul-shaking covers. The potent title track -- a tongue-in-cheek State Of The Union address as only Elvin can deliver -- kicks the album off with Bishop aiming his lyrical truths at those in power. The humorous but piercingly direct lyrics take aim at the current political scene while Bishop’s deep blues guitar playing drives the point home. Jordan sings lead on four songs, including blistering reinventions of Jackie Wilson’s Higher And Higher and Ann Peebles’ I Can’t Stand The Rain . Welsh, whose guitar or piano playing highlight every song, pounds the ivories on his own Bob’s Boogie. “This album fell together easily,” says Bishop. “Everything I visualized about the songs – from Bob’s playing to Willy’s singing, came true. Bob and Willy are great musicians.”

Elvin Bishop formed The Big Fun Trio in late 2015 with his friends Bob Welsh and Willy Jordan. After playing just a handful of live dates, the group’s instantly crowd-pleasing music and undeniable chemistry took the blues world by storm. With the release of their self-titled CD in 2017, media and fan response was immediate and overwhelming. DownBeat celebrated Bishop’s “verbal hijinks, outstanding guitar work and country boy friendliness.” OffBeat said The Big Fun Trio was “intricate, funky and uplifting,” declaring them, “consistently great.” With its top-shelf musicianship and front-porch vibe, the album earned a Grammy Award nomination.

The Big Fun Trio quickly discovered the more they played live, the more fun they had making music together. So a follow-up recording was an easy decision. The new album, Something Smells Funky 'Round Here , finds the group fearlessly laying it all on the line. According to Elvin, “With a trio there’s no place to hide­—you’ve got to be pourin’ everything you got right out front. You need to be totally into it all the time. It’s really cool to see how people react to the goin’-for-it feel of the music.”

Posted by Bonnie Kenaz-Mara at 10:52 AM No comments: 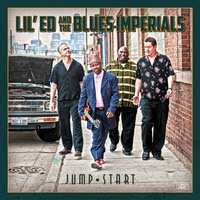 Posted by Bonnie Kenaz-Mara at 5:21 PM No comments: 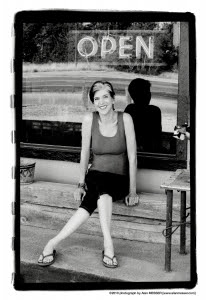 Her music mixes equal parts simmering soul fervor and rollicking Crescent City piano. Over the course of her career, Ball's infectious, intelligent and deeply emotional songs have won her a loud and loyal international fan base.

ROADSIDE ATTRACTIONS is her fifth release for Alligator, and the fourth to receive a Grammy nomination.

Ball received the 2012 Blues Music Award (BMA) for the Pinetop Perkins Piano Player Of The Year. She has now won a total of nine BMAs. She also won three 2012 Living Blues Readers' Awards: Blues Artist Of The Year--Female, Most Outstanding Musician--Keyboard and Best Blues Album Of 2011 for ROADSIDE ATTRACTIONS. She was inducted into the Gulf Coast Hall of Fame in 2010 and into the Louisiana Music Hall of Fame in 2012.

Born in Orange, Texas in 1949 to a family whose female members all played piano, Ball grew up in the small town of Vinton, Louisiana, right across the border from Texas. She began taking piano lessons at age five, playing old Tin Pan Alley tunes from her grandmother's collection. From her aunt, Marcia heard more modern and popular music. But it wasn't until she was 13 that Marcia discovered the power of soul music. One day in 1962, she sat amazed while Irma Thomas delivered the most spirited performance the young teenager had ever seen.

In 1970, Ball set out for San Francisco. Her car broke down in Austin, and while waiting for repairs she fell in love with the city and decided to stay. It wasn't long before she was performing in the city's clubs with a progressive country band called Freda And The Firedogs, while beginning to hone her songwriting skills. It was around this time that she delved deeply into the music of the great New Orleans piano players, especially Professor Longhair. "Once I found out about Professor Longhair," recalls Ball, "I knew I had found my direction."

When the band broke up in 1974, Marcia launched her solo career, signing to Capitol Records and debuting with the country-rock album Circuit Queen in 1978. Discovering and honing her own sound, she released six critically acclaimed titles on the Rounder label during the 1980s and 1990s. Her recordings and perfor-
mances received glowing reviews in major music publications, and Marcia was featured on leading television and radio programs, including Austin City Limits and NPR's Fresh Air and Piano Jazz.

Since the release of her Alligator debut Presumed Innocent in 2001, Ball has received more popular and critical acclaim than ever before. 2003's So Many Rivers continued the push forward, with Billboard declaring, "Ball is a consummate pro-a killer pianist, a great singer and songwriter. Powerful. Righteous." 2005's Live! Down The Road received equally impressive praise. The New Orleans Times-Picayune said simply, "Bayou boogie has a queen and her name is Marcia Ball." Billboard said, "Peace, Love & BBQ is a welcome ray of sunshine. This is a potent batch of tunes, highlighted by Ball's keyboard mastery."

Living the life she loves, Marcia has no plans of slowing down anytime soon. "Forty years of roadside attractions and the life of roaming 'round has never worn thin," she proudly says. "I love it when the wheels start rolling, when the band starts playing, when the crowds start dancing."

Now, with ROADSIDE ATTRACTIONS and a long list of high profile tour dates, Ball will bring her blend of Texas roadhouse boogie and Louisiana swamp blues to fans around the globe.

"What's not to like about Marcia Ball?" asked The Austin Chronicle. "Scrumptious, Southern-fried boogies, blues, and ballads with the infectious street beat of New Orleans at the core."

Clearly, in whatever city she performs or wherever her songs play, there is no better roadside attraction than the foot-stomping, soul-stirring music of the great Marcia Ball.
Posted by Bonnie Kenaz-Mara at 9:09 PM No comments: