REVIEW: Blistering Lizzie Burns With Intensity as Firebrand's Inaugural Production at The Den Theatre Through 12/17/17

Firebrand Theatre Presents
the Chicago Premiere of
LIZZIE
Through December 17, 2017 at The Den Theatre 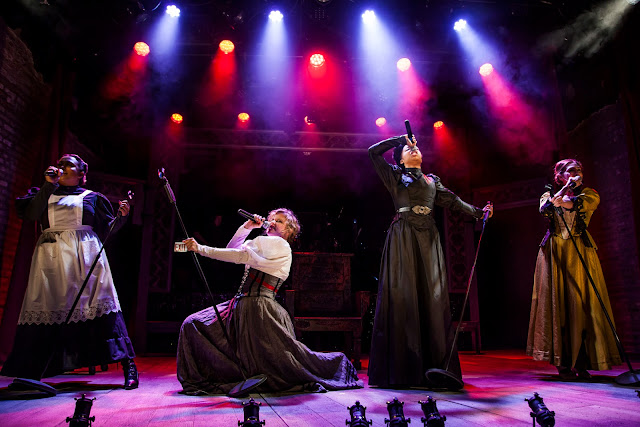 All Production Photos by Marisa KM

Review:
Hell hath no fury like a woman sexually abused and about to lose her inheritance to a wicked stepmother.

Here at ChiIL Live Shows we're loving Lizzie so hard right now, after an epic opening night. With the current public outcry of long silenced victims taking down powerful men who have assaulted and harassed them, this 1892 period piece is terrifically timely. Lizzie has killer punk and metal tunes, along with melodic ballads, an all femme band on stage, and vocals to die for. This powerful production has plenty of mystery, gore, a lesbian love interest, trial lying, intrigue, vindication, revenge, and a scorching score. Firebrand is the scream into the void, and we're so excited they're here.

Liz Chidester as Lizzie, Leah Davis as Bridget, Jacquelyne Jones as Alice and Camille Robinson as Emma are all fantastic, and it's especially enjoyable to see Lizzie evolve from cowering victim to exonerated lady. The set design is sparse but ingenious, with a solidly scary looking wooden throne of a chair serving as many locals. We also loved the symbolism of the entrapped lights in a cluster of hanging bird cages that flickered and flared, paralleling Lizzies love for the pigeons in the barn who met a grizzly end at the hands of her abusive undertaker father, and her own desire to fly free. The costume design is fabulous too, interspersing and ultimately merging late 1800's period piece dresses with corseted, black leather rock looks. Lighting and sound are also quite impressive for a storefront theatre. 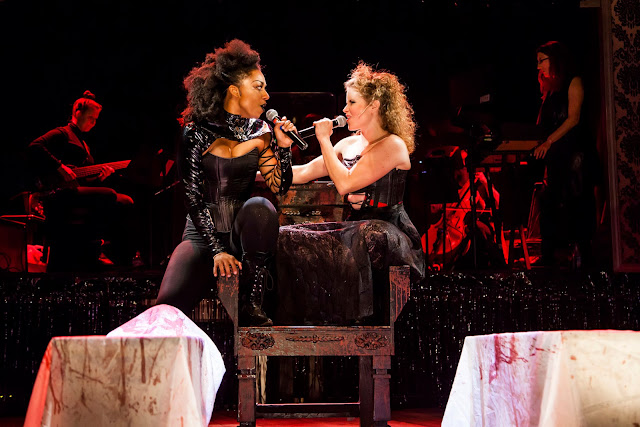 Do note, there IS a splash zone in the front row. We had a lively debate on the way home, about just how Firebrand created the faux melon massacre and we're still baffled. Just know it's messy and effective.

Lizzie is a cathartic cacophony of creative energy, colliding art forms, and a magnificent merging of past and present. We highly recommend catching Lizzy and we're eagerly anticipating more from Firebrand. With their first offering, they have certainly lived up to their name. 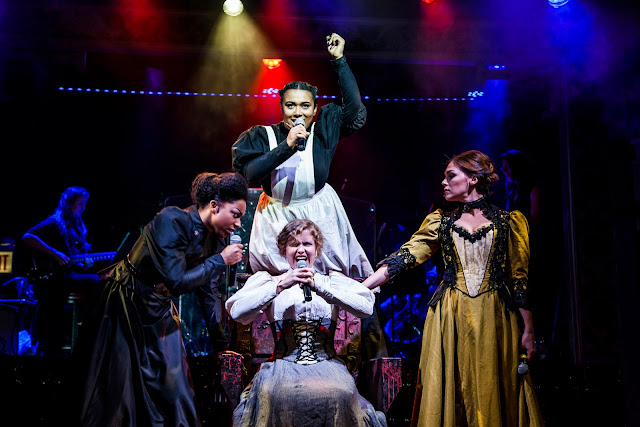 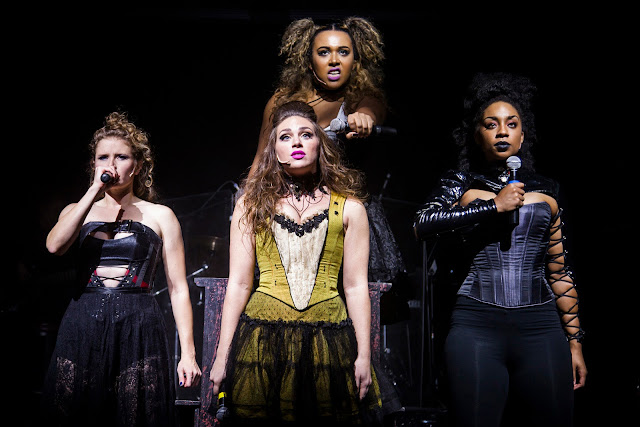 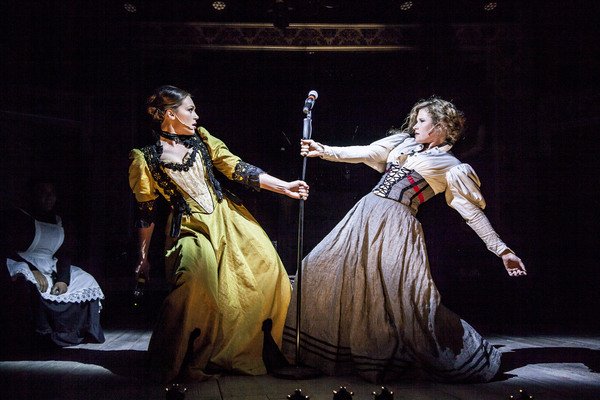 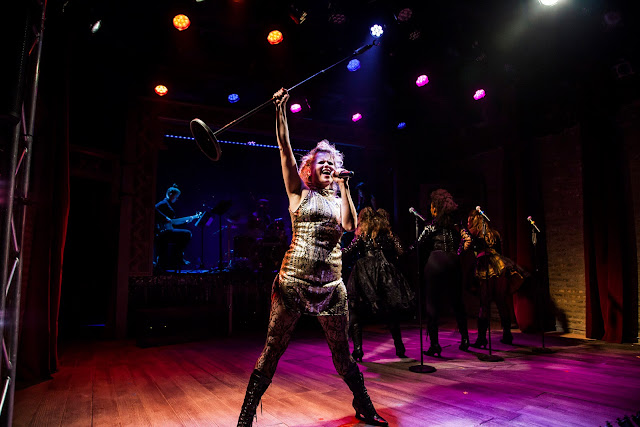