I'll be out for the press opening May 14th, so check back soon for my full review. I can't wait to catch Definition Theatre Company's latest production ETHIOPIANAMERICA. When my younger sister was in 1st grade in the mid 70's in Cincinnati, she came home one day and announced she had a new friend in her class, a boy from Ethiopia. We looked up the country on our globe, and found out where they were staying with sponsors till they could get settled, which happened to be on our street! We became close childhood friends with this refugee family of 7 and spent lots of time together over the years. These kids who walked out of their war torn country with nothing grew up to become doctors, lawyers and world travelers, and we are still in touch today.

Interestingly enough, decades later, one of my son's best friends since 7th grade, at Lane Tech College Prep, is also Ethiopian (Eritrean actually), and their family is related to friends and classmates of my kids from their public Montessori elementary school. Small world indeed.

Multicultural dinners with our Ethiopian friends, our Japanese physician friend and his family, and our midwestern American family in 1970's/80's Cincinnati 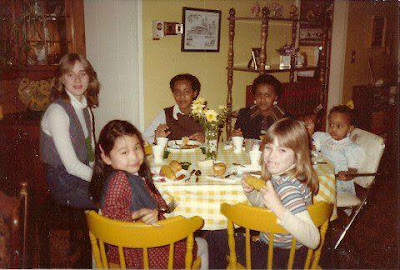 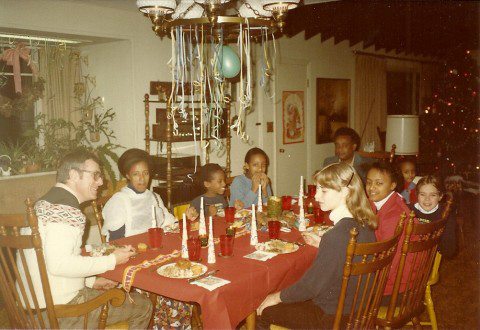 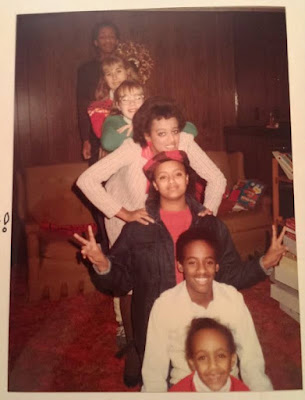 If the American dream is a privilege, not a right, then Girma and Elizabeth Kifle have truly earned it. After emigrating from Ethiopia to the United States with nothing, the couple is poised to send their eldest son to college. But everything behind Girma and Elizabeth’s white picket fence is not as it appears to be. The ghosts of the life they left in Ethiopia threaten to destroy their American dream before it starts, and the Kifle sons, Jonathan and Daniel, reckon with being American in Ethiopian bodies. In this tense and sharply-drawn family drama, playwright Sam Kebede mines the immigrant experience and asks how far each of us will go to find a place we can call home.

Artistic Director Tyrone Phillips notes, “Definition Theatre continues to add new voices to the American theater cannon. Sam Kebede and Sophiyaa Nayar are incredible first-generation artists that aren’t afraid to ask hard questions. I am elated to conclude Definition’s residency at Victory Gardens with a play as grounded in Definition’s mission and artistic aesthetic as ETHIOPIANAMERICA.”

As a first-generation Ethiopian immigrant himself, playwright Sam Kebede explains that the decision to write ETHIOPIANAMERICA was fueled by a lack of Ethiopian representation in American theater. “In my entire life as a theater maker, I've never encountered a play about an Ethiopian family,” notes Kebede. “More than anything, I want Ethiopians and other first-generation immigrants to see themselves in this story. And I want everyone who sees ETHIOPIANAMERICA to know that we are here. Our lives are just as complicated, just as full of hunger, pain, love, joy, and strife as anyone else’s. Our stories are worthy of a place on the American stage.

Director Sophiyaa Nayar was motivated to work on ETHIOPIANAMERICA because the play’s complex characters intrigued her. “Sam has beautifully interwoven the American and Ethiopian experiences to create a family that is painfully relatable,” Nayar elaborates.  “Having been raised in India, I find so much of myself and my experience in America in the intricacies of the Kifle family’s life and I am excited to share that with the audience." 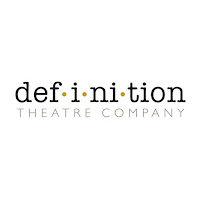 Deﬁnition has built its reputation on work that reﬂects its unique voice. It shared the words of Academy Award-Winner Tarell Alvin McCraney in The Brothers Size; it grooved with Amiri Baraka’s whirlwind story of a chance meeting on a train in Dutchman; and staged its first world premiere production, Genesis, written by ensemble member Mercedes White and inspired by Lorraine Hansberry’s iconic masterwork A Raisin in the Sun. In partnership with, The New Colony staged the world premiere of Byhalia, Mississippi, which starred Academy Award nominee Kiki Layne. In association with the Goodman Theatre, Definition staged the Chicago premiere of Branden Jacobs-Jenkins’ An Octoroon, a subversive take on race in America that captivated audiences. Most recently, Definition sent us all to the moon with James Ijames’s Moon Man Walk and explored the challenges of America’s public school system through Nilaja Sun’s No Child…