I'm a big fan of playwright, Sarah Ruhl's work, and eager to see this "film noir' comedy with my teenage son. This will be our first time to check out The Comrades. We'll be out for the press opening February 9th, so circle back shortly for my full review.

An incessantly ringing cell phone in a quiet café. A stranger at the next table who has had enough. And a dead man – with a lot of loose ends. So begins DEAD MAN’S CELL PHONE, a wildly imaginative new comedy by MacArthur “Genius” Grant recipient and Pulitzer Prize finalist Sarah Ruhl. A work about how we memorialize the dead – and how that remembering changes us – it is the odyssey of a woman forced to confront her own assumptions about morality, redemption, and the need to connect in a technologically obsessed world.  The SAN FRANCISCO CHRONICLE said, “It's a joyride through the absurdity of trying to make simple connections in a world overwhelmed with interconnectivity.”

Arianna Soloway, who recently directed a site-specific production of PINE by Jacqui Honess-Martin and CARRIE & FRANCINE with Haven Theatre Company, will direct. Playing Jean, the young woman who retrieves the phone and makes a new, albeit deceased, friend will be Cydney Moody, whose 2018 credits include THE WOLVES at Goodman and DOWNSTATE at Steppenwolf.  Chicago veteran actress and theatre professor Caroline Latta, recently seen in 2017’s BY THE BOG OF CATS with The Artistic Home, will play the dead man’s domineering mother, Mrs. Gottlieb. Also in the cast are Bryan Breau (Gordon, the dead man), Lynnette Li  (Hermia, Gordon’s widow), Mike Newquist (Dwight, Gordon’s brother) and Valeria Rosero (Other Woman/Stranger). Cydney Moody as Jean. 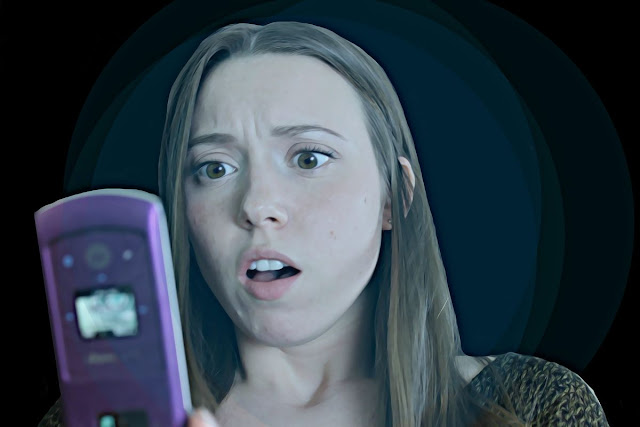 Previews Thursday, February 7 and Friday, February 8
Thursdays, Fridays and Saturdays at 8 pm, Sundays at 3 pm.,
Tickets range from $15-$20 with discount for industry and students
Tickets available at : https://www.greenhousetheater.org/ or by phone at 773-404-7336.

ABOUT THE COMRADES
The Comrades were founded in January 2016. They are an ensemble-based theater company who create fun, vibrant, and engaging theater with a focus on revitalizing classics and producing area premieres that are relevant in today’s world.  They are a resident company at the Greenhouse Theater Center.
Posted by Bonnie Kenaz-Mara at 5:08 PM No comments: