Here at ChiIL Live Shows, we're elated to be back out at Windy City Playhouse this week for the opening of their latest Chicago premiere, Bootycandy. This swanky storefront is one of our favorite small venues for their high caliber, edgy productions, their comfortable swivel lounge chairs and drink tables, and their welcoming front bar area. Check back soon for our full review.

Windy City Playhouse (3014 N. Irving Park Road) announces casting for Robert O’Hara’s “Bootycandy,” the “searing and sensationally funny” (The New York Times) semi-autobiographical play about growing up gay and black. Under the direction of the NAACP, OBIE and Helen Hayes Award winner O’Hara, the cast is led by rising Chicago star Travis Turner (whose recent credits include “Thaddeus & Slocum” at Lookingglass Theatre Company and “The Flick” at Steppenwolf Theatre) as Sutter, the character loosely based on O’Hara himself.  Together with Turner, “Bootycandy” features a Chicago ensemble including Krystel McNeil (“Stoop Time,” You & Me Productions), Debrah Neal (“Sanctified,” Congo Square Theatre), Robert Fenton (“Port Authority,” Writers Theatre) and Osiris Khepera (“Tennessee Williams Project,” The Hypocrites). Previews for “Bootycandy” begin January 25 and the production runs through April 15. Tickets ($15 - $55) go on sale November 21 and can be purchased at the Windy City Playhouse Box Office or by calling (312) 891-8985.

"We can't imagine a better production to kick of our 2017 season than ‘Bootycandy,’ a frank, funny, unpredictable, and most of all, entertaining story," said Windy City Playhouse Artistic Director Amy Rubenstein. “We feel so fortunate to have Robert here in Chicago to direct the Chicago premiere, and we can’t wait to see him put his signature spin on his play with our talented, fresh Chicago cast.”

“Bootycandy,” the “fearlessly unpredictable” (Los Angeles Times) coming-of-age tale premiered in New York City in 2014 at Playwrights Horizons. As a young, precocious boy, Sutter (Turner) has to quickly learn what it means to be gay and black and as he grows up, he must also learn that no one person will be able to tell him the meaning of love, life, sex or race—he’ll have to define those for himself. The creative team for “Bootycandy” includes Katie Bell Kenny (Scenic Design), Janice Pytel (Costume Design), Lee Fiskness (Lighting Design) and Lindsay Jones (Sound Design, who also did the original sound design in its 2014 premiere).

“Being back in Chicago to direct ‘Bootycandy’ with this amazing group of artists at Windy City Playhouse is a great feeling,” said Playwright and Director Robert O’Hara. “From the moment I met this talented cast, I was eager to get started on helming the Chicago premiere and bringing this story to life anew.” 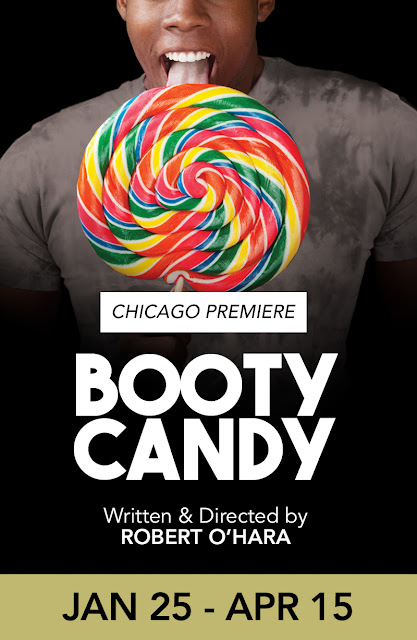 About the Artists of “Bootycandy”

Travis Turner’s (Sutter) Chicago credits include “Thaddeus & Slocum” (Lookingglass Theatre Company); “The Flick” (Steppenwolf Theatre); “The Upstairs Concierge” (Goodman Theatre); “We Are Proud to Present…” (Victory Gardens Theater); “Porgy & Bess,” “Tartuffe” and “The Misanthrope” (Court Theatre); and “Bud, Not Buddy” (Chicago Children’s Theatre). Turner’s Second City credits include the Hubbard St. Dance collaboration “The Art of Falling,” which was also performed at Los Angeles’ Ahmanson Theater; and “Twist Your Dickens“ (Goodman Theatre). He has also performed at Woolly Mammoth Theatre Company, La Jolla Playhouse and Cincinnati Playhouse in the Park and is a graduate of Northwestern University and completed the School at Steppenwolf.

Debrah Neal (Actor Three) was last seen in Congo Square Theatre’s World Premiere of “Sanctified” when she was nominated for “Best Featured Actress in a Play” by the Black Theatre Alliance.  Some of her other credits include “The Old Settler” and “The Piano Lesson” (Hansberry-Sands Theatre Company);  “Love Child” and “American Menu” (Chicago Theatre Company); “No Place To Be Somebody” (The Performance Loft); “Sojourner Truth” (Stage Two); “Ma Rainey’s Black Bottom” and “The Colored Museum” (Fleetwood Jourdain Theatre); and “Heat” (ETA Creative Arts Foundation).  As a director, Neal’s directing credits include the world premiere of “What It Be Like” (Living the Dream National Touring Company, Columbus, OH); the world premiere of “Goodness” (Clockwise Theatre); “Home” (Fleetwood Jourdain Theatre); and “Sing Sister Sing” (DuSable Museum).  Her film credits include “Officer Down” (Richard Blakewell); “The Rise and Fall of Miss Thang” (Lavender House Films); and “A Perfect Day” (Derrick Sanders).

Robert Fenton (Actor Four) is a proud, founding ensemble member of The Alluvium Group. He was seen in Boston for the national tour of “Columbinus” with American Theater Company. Other Chicago credits include “Port Authority” (Writers Theatre); “The Big Meal” (American Theater Company - Jeff Award Best Ensemble); “Columbinus” (American Theater Company); “The Twins Would Like To Say” (Dog and Pony Theatre); “The Hostage” and “Port” (Griffin Theatre); “Cherrywood” (Mary Arrchie Theatre Co.); “The Terrible True Story of Pinocchio, the Wooden Boy, as Told by Frankenstein's Monster, the Wretched Creature” (The Neo-Futurists); “Too Much Memory” (Sinnerman Ensemble); “Princes of Waco” (Signal Ensemble); “The Gospel of Franklin” (Steppenwolf Theatre); and “The History Boys” (Jeff Award Best Ensemble and Best Production - Timeline Theatre). He has also been seen nationally for his commercial work in front of the camera. 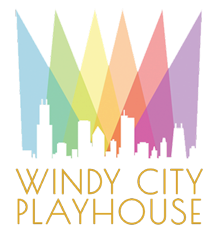