OPENING: World Premiere of Enough to Let the Light In at Steppenwolf’s 1700 Theater September 21-October 23, 2022

ENOUGH TO LET THE LIGHT IN 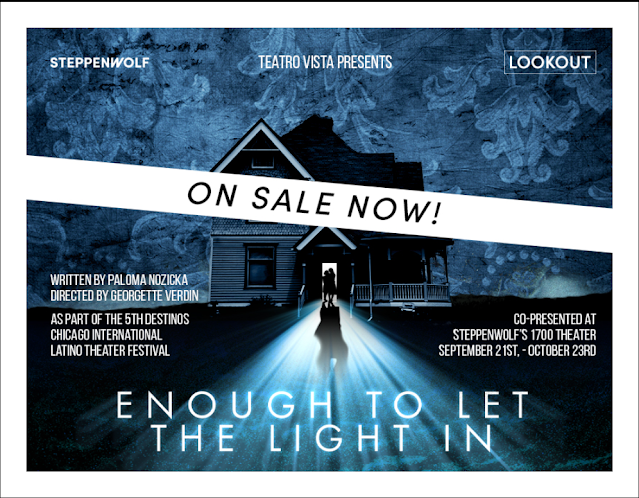 The performance is presented in English. Runtime is 85 minutes 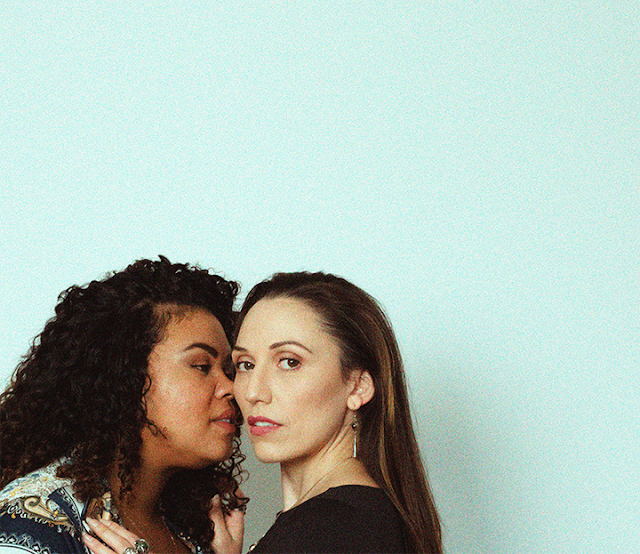 Teatro Vista opens its 2022-23 season with Enough to Let the Light In, a world premiere drama about love, truth, and the ghosts that won't let us go by Mexican-American actor/playwright/ filmmaker/director Paloma Nozicka.

﻿It’s co-presented at Steppenwolf’s 1700 Theater, September 21-October 23, 2022, as part of the 5th Destinos, Chicago International Latino Theater Festival. I'll be out for opening night, September 23rd, so check back soon for my full review.

Enough to Let the Light In is a riveting psychological thriller about girlfriends Marc and Cynthia, who start an evening together celebrating a milestone. But the night quickly devolves into chaos as buried secrets are revealed and lives are irrevocably changed.

Chicago’s own Melissa DuPrey, known for her role as Dr. Sara Ortiz on ABC’s Grey’s Anatomy, plays Marc. Lisandra Tena, who trained at the Theater School of DePaul and played Lola Guerrero on AMC’s Fear The Walking Dead, is Cynthia. Georgette Verdin directs.

“Enough to Let the Light In is a taut, poignant and startling exploration of love and loss,” said Verdin. “Audiences will experience one fateful evening in the lives of Marc and Cynthia, two women who are very much in love. But what happens when everything they thought they understood about each other gets thrown into question and their commitment is put through the ultimate test? Paloma’s play will have you leaning in and grasping for solid ground.”

Nozicka, the playwright, elaborated, “Enough to Let the Light In is, at its core, a love story - albeit a different version than what we’re used to seeing onstage. I wanted to write something that features the characters that I want to see more of in theater - funny, complicated, deeply flawed women who are trying their best to deal with truly strange circumstances. My hope is that this play, and these characters, stay in people’s minds for a long, long time.”

This is a Teatro Vista Joint: In-person show discount opportunities

Student Nights: Thursday nights are Student Nights at Teatro Vista. Students with a valid student ID can get tickets at $15 with the code TVSTUDENT to every Thursday performance. (Please note: one ticket per student ID.)

Teatro For All: Teatro For All is a new initiative to offer affordable tickets to students, artists, seniors or anyone on a tight budget. Teatro For All tickets are available for every performance on a first come first served basis. We trust our community inherently and hope these tickets find the folks who need them most. If you need to access a Teatro For All priced ticket, please use code TEATROFORALL at checkout.

Group Tickets: Booking a group of 10 or more? Group rates are available. To check availability or other details, please send an email to info@teatrovista.org.

Covid-19 Policy: Enough to Let The Light In is co-presented at Steppenwolf 1700 Theater, which, at press time, requires patrons to wear masks.

Enough to Let the Light In: Playwright, director and actor bios

Georgette Verdin (director), is a Cuban-American director, arts educator and the current Michael Maggio Directing Fellow at Goodman Theatre. Since 2015, she has served as the Managing Artistic Director of Interrobang Theatre Project. Verdin is also a company member with Rivendell Theatre Ensemble. Select directing credits include Chagall in School (Grippo Stage Company at Theater Wit), Spay by Madison Fiedler (Rivendell Theatre), This Wide Night by Chloë Moss (Shattered Globe Theatre/Interrobang Theatre Project), Tribes by Nina Raine (Western Michigan University), the U.S. Premiere of Out of Love by Elinor Cook, as well as, Utility, the 2016 Yale Drama Series winner by Emily Schwend (Interrobang Theatre Project). Verdin holds a Bachelor of Arts in Theatre Performance from McNeese State University and a Master in Directing from the Chicago College of Performing Arts at Roosevelt University. Verdin received 3Arts Make-A-Wave grant in 2021 and is an associate member of Stage Directors and Choreographers Society. georgetteverdin.com

Melissa DuPrey (Marc) is a multidisciplinary artist with roots from Humboldt Park, Chicago. After earning double Bachelor of the Arts degrees from the University of Houston, she returned to Chicago to join the all-Latina theatre company, Teatro Luna. Her one-woman show, SEXomedy (2012), was developed during their monthly series for women of color in the arts and received a Chicago Reader Recommendation, a Member's Pick, and had a successful debut Off-Broadway in New York. The popular show spurred a progressive sequel, SEXomedy 2.0, which debuted at Steppenwolf Theatre in April 2019. Her second solo show, SUSHI-frito, has also been critically acclaimed as part of MPAACT's Signature Series for solo artists. DuPrey is also a community organizer and spiritualist who also launched The Good Grief Project-an extension of the social justice component from her play GOOD GRIEF where communities of color are connected to local, accessible and multidisciplinary mental and spiritual wellness practitioners of color. In 2021, the New York-based new work development company, ARS NOVA, invited her to develop her fifth solo play, RISE OF THUNDERDOME, to a national digital audience. Her full-length play BRUJAJA was selected as part of 16th Street’s New Play Pop Up Reading Series for 2019 and received its world premiere in 2021 as a digital theatrical release produced by UrbanTheater Company. In 2014, she was selected as a new talent in the ABC Diversity Showcase in New York City. She has performed stand-up comedy in Chicago, New York, New Jersey, Philadelphia, and Los Angeles. She is a featured actor in the Emmy-nominated web-series Brown Girls and has many regional and non regional theater credits in Chicago. She is credited with playing “Dr. Sara Ortiz” on Grey's Anatomy (Season 17 and 18). Other TV credits include a recurring appearance on Empire (FOX), and guest appearances on The Resident (FOX), Chicago PD (NBC), and The Chi (Showtime). Film credits include: Relative (2022), Long Division (2022), Cherry (2020), Two in the Bush (2017), The Way We Speak (2014) and Bromance (2014). As a musician and active member of her community, she is dedicated to the preservation of Puerto Rican culture by way of the folkloric music, Bomba y Plena, with Africaribe and Las BomPleneras. She is currently an Ensemble Member at UrbanTheater Company and Artistic Associate at Sideshow Theater.

The Dream King is a story of a man who falls in love with the woman of his dreams while in his dreams. A story told using no words. An exploration of the psyche told through movement, circus, projections, puppetry, and a willingness to let go of what one thinks a play should be. Performance dates and venue are TBA. 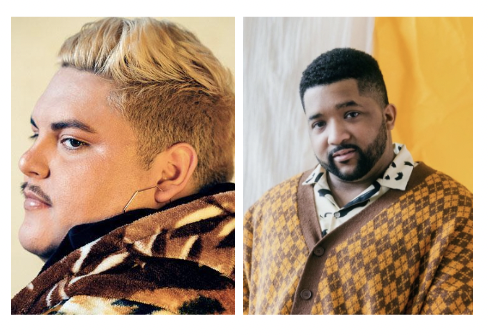 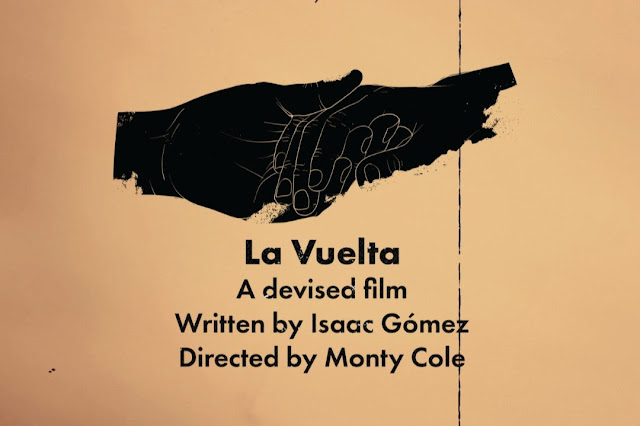 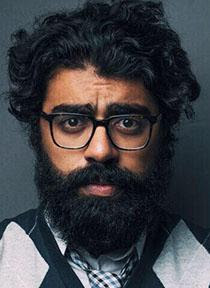 In addition, look for season two of The Fifth World, a serial fiction podcast written by ensemble member Gabriel Ruiz. 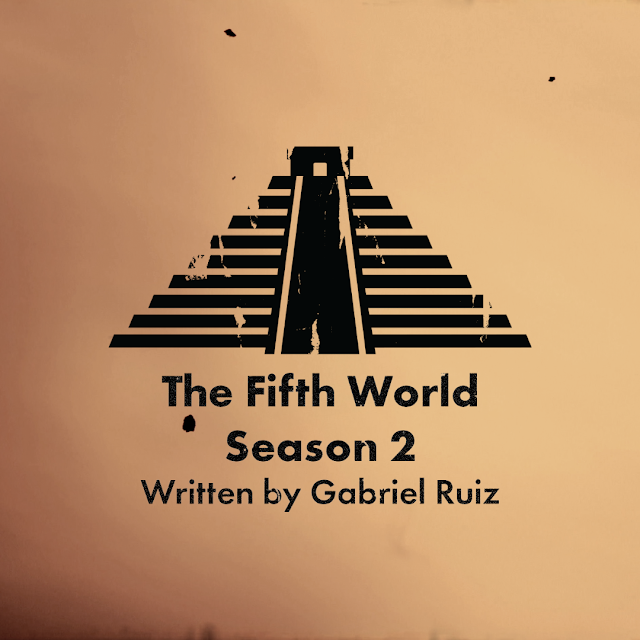 Season one, voiced by an all-Teatro Vista ensemble cast, followed Sebastian Reyes as he arrived in the small desert town of Palomas, Arizona to make his name producing a true crime story about a missing child. But things weren’t always what they seemed in Palomas, and Seba found himself in a whole other world.

Get ready by listening to season one of The Fifth World, available to stream for free via teatrovista.org, Apple Podcasts and Spotify. 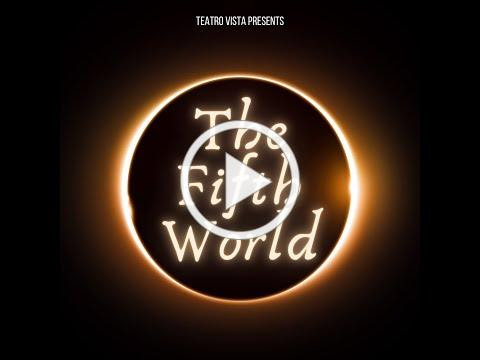 “At Teatro Vista, we believe the artists we collaborate with are inherently genius”

In a statement accompanying Teatro Vista’s season announcement, Co-Artistic Directors Lorena Diaz and Wendy Mateo wrote, “At Teatro Vista, we believe that the artists we collaborate with are inherently genius. These artists have not always been given the privilege to explore their work through different expressions in spaces where they see themselves reflected. As artists of color, we know what it means to be drawn into boxes we feel powerless to break out of. It is the work of our artists that defies the idea of what we have been known to produce as a Latine theater company and pushes us into greater depths of expression. Teatro Vista’s 2022-23 ‘Shadow Work’ season will explore what healing looks like and how humans are nurtured to fight against their dark unconscious, in a courageous search for the peace of mind of their inner light.”

Posted by Bonnie Kenaz-Mara at 1:57 PM No comments:

WORLD PREMIERE of SOMEWHERE OVER THE BORDER Via TEATRO VISTA at WINDY CITY PLAYHOUSE Now Playing Through JUNE 12, 2022