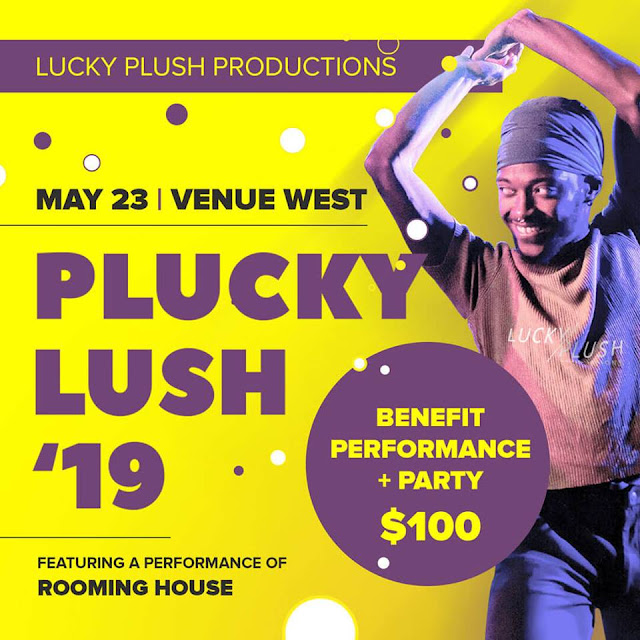 Lucky Plush Productions present​ Rooming House​ alongside P​lucky Lush​ benefit bash at Venue West Chicago. ​Rooming House ​is to be presented one night only on May 23rd at 7:00pm.

Rooming House​ is co-created by founder and artistic director Julia Rhoads and collaborating director Leslie Buxbaum Danzig (formerly of 500 Clown). ​Rooming House​ premiered in 2017 at the Steppenwolf 1700 Theatre to 12 sold out shows. Lucky Plush returns from a spring tour across the East Coast–including shows at the ​Kennedy Center ​in Washington D.C.–for this final presentation of Rooming House on our home turf. We could not be more thrilled to hold this year's Plucky Lush bash at​ Venue West​, a chic industrial space in Chicago's West Town neighborhood, with heavy apps provided by J&L Catering, beer provided by Revolution Brewing and Lagunitas, wine and alcohol. Drinks at the Plucky Lush fundraising bash will be bottomless and there will be a variety of fun activities and games.

Rooming House​ begins with an intimate conversation among friends, slipping easily between Spanish and English, as they recall stories of people who’ve taken actions with potentially devastating costs. When the myth of Orpheus and Eurydice is mentioned, varied interpretations propel the group into a physically and psychologically complex game of whodunit, taking them down a rabbit hole into the lives of everyday people who do extraordinary things—from life endangering rescues, to defecting from Cuba, to letting go of someone you love. Playful and personal, the work synthesizes contemporary dance and theater to create a dynamic blueprint for exploring the question: what makes a person do something that could have life-changing consequences?

In ​Rooming House​, the myth and game structure offer familiar anchors that allow the audience to form expectations, which then can be broken as performers follow their idiosyncratic preoccupations and wrestle with the conditions of the performance – often being a source of comedy and delight for the audience.

“Lucky Plush Productions deeply values creating a welcoming relationship between stage and audience, delivering relatable content without compromising complexity. Steppenwolf’s 1700 Theatre is an ideal venue to create this intimate relationship, and we are incredibly excited to being one of the first dance events on its intimate stage as part of Steppenwolf’s LookOut series,” said Lucky Plush Artistic Director and Rooming House​ co-creator Julia Rhoads.

TIckets for just the performance of Rooming House are $15-$40. Student tickets are $15. Industry tickets are $25. Seniors 62+ are $30. Regular performances are $40. Tickets to attend both the ​Plucky Lush benefit bash and ​Rooming House a​ re $100. For ticket information, please visit https://www.luckyplush.com/venuewest/​.

Venue West Chicago, 221 N. Paulina St, Chicago, IL 60612, is a chic, modern, industrial space located in the heart of the west town neighborhood of Chicago. Venue West boasts over 12,000 square feet of entertainment space with a state-of-the-art on-site kitchen provided by J&L Catering. Beyond catering, J&L supports many parts of the Chicago community. From education, homeless support, recycling, food donations, theater groups and the LGBT community among others, J&L Catering is proud to take part in the experiences of local groups and organizations that help Chicago thrive as a city. 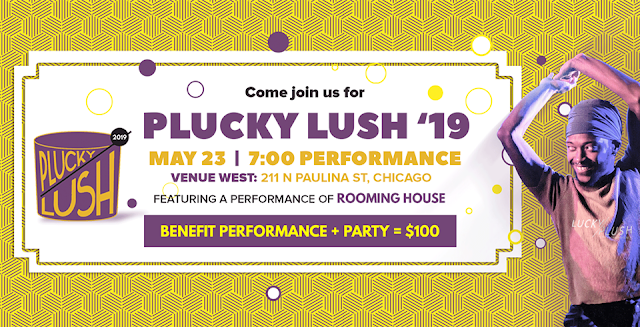 About the Creators
Julia Rhoads​ is the founding artistic director of Lucky Plush Productions. She has created more than 25 original works with Lucky Plush, several of which have toured extensively throughout the U.S. Additional directing and choreography credits include projects with Milwaukee Repertory Theatre, Hubbard Street Dance Chicago, Lookingglass Theatre, Walkabout Theater, River North Dance Chicago, and Redmoon, among others. Rhoads is the recipient of an Alpert Award in Dance and fellowships/awards from Maggie Allesee National Center for Choreography, Chicago Dancemakers Forum, Cliff Dwellers Foundation, Illinois Arts Council, and the Jacob K. Javits Foundation, and she received a Fractured Atlas Arts Entrepreneurship Award for spearheading Creative Partners, an innovative nonprofit financial model. Rhoads is a former member of San Francisco Ballet and ensemble member of XSIGHT! Performance Group. She received her BA in History from Northwestern University, her MFA in Performance from the School of the Art Institute of Chicago, and she has taught in the dance and theater programs of several Chicago-area colleges and universities. She is currently Director of Dance and Lecturer at University of Chicago’s Department of Theater and Performance Studies.

Leslie Buxbaum Danzig ​is a collaborating director with Julia Rhoads/Lucky Plush Productions where she co-created​ The Better Half​,​The Queue ​and Rooming House,​and is currently collaborating on​ Rink Life​.For over a decade, Leslie was co-founder and resident director of the Chicago-based physical theater company 500 Clown, whose shows performed in Chicago and throughout the US. Other directing credits include Third Coast Percussion’s ​Paddle to the Sea​ and ​Wild Sound​, composed by Wilco’s Glenn Kotche, with performances at MCA Chicago, Metropolitan Museum of Art (NYC), National Forum of Music (Wroclaw)

Lucky Plush presents ​Rooming House​ May 23, 2019 and De Doelen (Rotterdam), and a number of productions in Chicago at The Actors Gymnasium, House Theatre, Redmoon, Chicago Children’s Theater, About Face Theater, and in New York, at New Victory Theater and PS 122, among others. Prior to turning to directing, Leslie toured nationally and internationally as an actor with NYC’s Elevator Repair Service. Leslie is Assistant Professor of Practice in Theater and Performance Studies, University of Chicago. She is currently developing a circus-puppet-theater adaptation of the myth of Atalanta with the Chicago International Puppet Theater Festival. 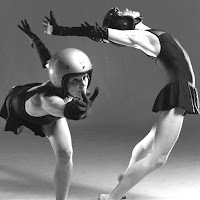 About Lucky Plush Productions
Now entering its 19th season, Lucky Plush Productions (​LuckyPlush.com​) is a Chicago-based dance theater company led by founder and artistic director Julia Rhoads. Lucky Plush is committed to provoking and supporting an immediacy of presence – a palpable liveness – shared by performers in real-time with audiences. A unique hybrid of high-level dance and theater, Lucky Plush’s work is well-known for carefully crafting dramatic and rhythmic arcs, pushing its artists to move beyond the predictable by earning the exciting slippage between – and surprising coherence of – pedestrian action, realistic dialogue, abstract choreography and humor. Though rigorously composed, much of the company’s work feels like it is generated spontaneously.

Since 2000, Lucky Plush has created 30+ original dance-theater works. In addition to regularly performing in the Chicago area, the company has presented work in 50+ US cities from Maine to Hawaii, and its international partners span from New Zealand to Cuba. Commissioning and development partners include the Harris Theater for Music and Dance, Museum of Contemporary Art Chicago, Krannert Center at University of Illinois, The Yard (MA), Clarice Smith Performing Arts Center (MD), Flynn Center for the Performing Arts (VT), Door Kinetic Arts Festival (WI), and Links Hall Chicago. Presenting partners include the Institute of Contemporary Art/Boston (MA), Joyce Theater (NYC), ODC (CA), TITAS (TX), Spoleto Festival/USA (SC), NC State LIVE (NC), Portland Ovations (ME), and Skirball Center (NYC), among others, and the company will have its debut performance at the John F. Kennedy Center for the Performing Arts this season.
Lucky Plush Productions is the first and only dance company to receive the prestigious MacArthur Award for Creative and Effective Institutions, a recognition of the company’s exceptional creativity and impact. Other awards include creation, residency, and touring awards from National Endowment for the Arts, National Dance Project, and National Performance Network; exchange awards from the MacArthur Foundation International Connections Fund; a presentation award from MetLife Foundation; and an achievement award from the Lester and Hope Abelson Fund for the Performing Arts at The Chicago Community Trust.