Chi, IL LIVE Shows On Our Radar For Unbeatable Deals!!

Here at ChiIL Live Shows and ChiIL Mama, we're passionate about Chicago's theatre scene. We've been promoting Chicago Theatre Week since it's inaugural year and we're thrilled it's become such a huge success. Book smokin' deals on the hottest shows in town and binge on theatre February 8 – 18th. Act fast though, tickets are sure sell out at these prices.

Need some insight? Check out ChiILLiveShows.com for loads of shows on our radar, original theatre reviews, and even ticket giveaways. Check out ChiILMama.com for the same deal with family friendly entertainment. Chicago Theatre Week is on our highly recommended list! Come ChiIL out in Chi, IL and catch some PLAYS. 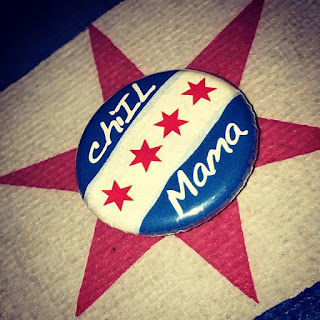 Last year, in February 2017, 128 participating productions offered value-priced tickets to 635 individual performances during Chicago Theatre Week. Over 11,750 tickets were sold in 2017, marking a rapid increase in sales over the course of the initiative. The program continued to bring in new audiences to area theaters with an average of 66% of attendees visiting their chosen theater for the first time. Theatre Week proved to be a draw for visitors from outside Chicago with 13% of patrons coming from beyond 50 miles of the city, including 36 states.

“This year marks the sixth year of Chicago Theatre Week—and each year, the program proves more successful than ever. Last year, almost 12,000 value-priced tickets were sold to 128 participating productions,” comments Deb Clapp, Executive Director of the League of Chicago Theatres. “Almost 2/3 of Chicago Theatre Week patrons surveyed said that it was their first time at that particular theatre and it’s thrilling to know that people are using CTW to discover new companies. This is a week that reminds us all that Chicago is known locally, nationally, and internationally for its theatre scene, and especially for generating new work, showcasing fresh talent and spotlighting its rich Chicago tradition.”

“Chicago is home to legendary hospitality, exemplified every year by Chicago Theater Week,” said David Whitaker, President and CEO of Choose Chicago. “For 11 days each year, visitors are given a special opportunity to experience a theater scene that is renowned for the quality, creativity and diversity of its productions–from our Tony Award-winning theaters to our neighborhood storefront performances. There’s a seat waiting for you.” 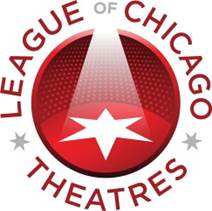 Posted by Bonnie Kenaz-Mara at 6:48 AM No comments: